Non-communicable diseases kill 40 million people per year, and more than 80 % of those deaths occur in low- and middle-income countries. Interventions in the workplace can help to prevent such suffering, as the NCD Alliance argues in a recent publication. 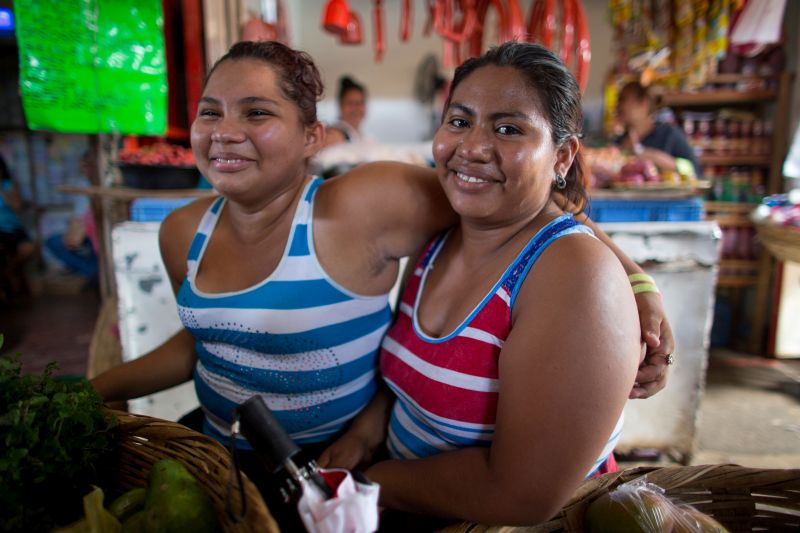 Ton Koene/Lineair Today, twice as many people around the world are overweight than are undernourished: Nicaraguan market vendors.

Personal behaviour can have serious health impacts. The reason is that smoking, excessive alcohol consumption, unhealthy diets and physical inactivity are risk factors that increase the probability of the most important non-communicable diseases, including cardiovascular, respiratory and mental illnesses as well as cancers and diabetes.

A recent “call to action” urges employers in low- and middle-income countries to motivate staff to adopt healthy lifestyles. It was launched by the NCD Alliance in cooperation with the Novartis Foundation. The NCD Alliance is an international umbrella organisation of civil-society initiatives that deal with non-communicable diseases (NCDs), and the Novartis Foundation is the philanthropic offshoot of Novartis, the Swiss-based pharmaceutical giant. The booklet points out that reducing NCD risks serves a company’s productivity. Merely offering employees fruit and vegetables or inviting them to physically exercise during brief breaks can make a difference.

The NCD Alliance wants more to happen. The study points out that even informal businesses can adopt sensible approaches and praises the International Labour Organization (ILO) for a programme called WISE (Work Improvement in Small Enterprises). WISE has been adopted in over 20 countries. Its approach is participatory, convening owners of small businesses and addressing various health issues. The idea is not to prevent specific diseases, but to improve an enterprise’s health situation in general.

In low- and middle-income countries, most existing workplace health programmes focus on HIV/AIDS and tuberculosis, according to the NCD Alliance. However, employers are said to be becoming increasingly aware of the relevance of NCDs. Mental health, diabetes, cancer and cardiovascular diseases are reported to range among their top seven health concerns.

The authors appreciate holistic approaches, and emphasise that reaching out to employees’ families and communities is helpful. Ultimately, NCDs are a whole-of-society issue, they argue, so many stakeholders should assume responsibility. Employers, however, are in a strategic position to initiate behavioural change since people spend much time at work and are strongly influenced by their work environment. For obvious reasons, the NCD Alliance welcomes action taken by governments and non-governmental organisations. It also wants donor governments to pay more attention to NCDs.

The publication states that NCDs are not diseases of affluence, but rather “a fast-increasing burden”. Obesity, for example, is a global issue, with 1,9 billion people being overweight. That number is twice as high as the number of undernourished people.

According to the NCD Alliance, up to 30 % of Africans suffer from hypertension, a condition for heart attacks and strokes. As NCDs cause premature deaths – often after extended periods of illness – they compound problems of poverty and marginalisation.