Observers tend to struggle to get an overview of China’s development loans. It helps to understand the responsibilities of Chinese institutions. Urgewald, a non-governmental organisation based in Germany, has as-sessed them in a recently published stake­holder analysis. 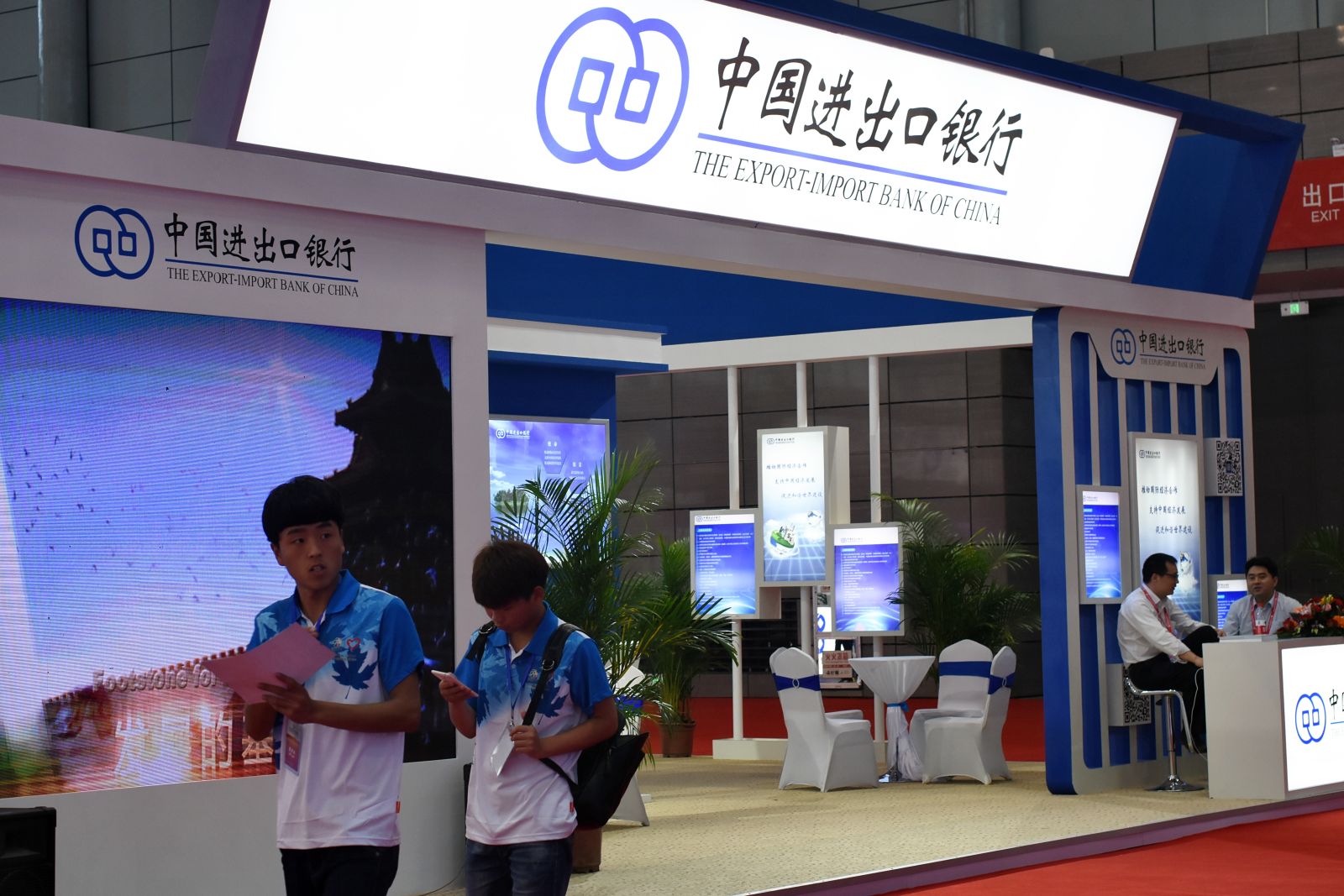 Liu Jiao/dpa/picture-alliance/HPIC Exhibition stand of the Export-Import Bank of China.

China’s foreign policy approach to developing countries is complex, but more transparent than often assumed. The main problem is that most relevant information is only available in Chinese, says Marina Rudyak, an assistant professor at Heidelberg University’s Centre for Asian and Transcultural Studies. She specialises in Chinese aid and is the author of the recent Urgewald publication with the title “Who is who in the Chinese lending institutional landscape”. It offers a detailed account of the most important agencies and gives relevant insights into what kind of loans they provide with what kind of conditionality.

The two most important agencies involved in the bilateral business are the China Development Bank (CDB) with a capital stock worth $ 2.4 trillion and the Export-Import Bank of China (Exim-Bank) with assets worth $ 610 billion. The CDB is now the world’s largest development bank. Its mission is to hand out moderately profitable loans, and it ranks as a ministry that is directly subordinate to the State Council, the People’s Republic’s top administrative body. By contrast, the Exim Bank is not expected to make profits, and it ranks as a vice ministry that is also subordinate to the State Council.

No clear division of labour

Both banks contribute financing to the One Belt One Road (OBOR) Initiative, the massive international infrastructure programme (see Katja Dombrowski in Monitor section of D+C/E+Z e-Paper 2017/10). However, in this context, there is no clear division of labour, as Rudyak reports. Moreover, four other commercial banks which are owned by the Chinese government also contribute to OBOR financing. The author admits that this setting can be confusing, but states that there is no evidence of China trying to ensnare countries in debt traps. In her eyes, Chinese loans do not go along with greater risks than other bilateral loans.

She points out that several agencies which report to the Ministry of Commerce are active in bilateral lending. For example, the Department of Outward Investment and Economic Cooperation (DOIEC) has a say in credit decisions, and the Agency for International Economic Cooperation (AIECO) implements large-scale infrastructure projects in their entirety.

The Chinese embassies and consulates have Economic and Commercial Counsellor Offices (ECCOs). They are important points of reference, where both Chinese companies and the national agencies of the partner countries submit proposals. The ECCOs supervise ongoing projects more­over. Other offices of the Ministry of Commerce handle aid and aid-related lending as well. The ambassadors, who report to the Foreign Ministry, have also been empowered to grant loans, though only for smaller projects.

The China International Development Cooperation Agency (CIDCA) has nominally been leading Chinese aid efforts since 2018. Rudyak points out, however, that its jurisdictions are not defined precisely. In theory, the CIDCA is supposed to supervise the Ministry of Commerce in aid affairs, but it is merely a vice ministry, and thus lower ranking. Accordingly, its influence is limited.

Nora Sausmikat, who heads Urgewald’s China division, says the publication is a “tool for civil society”. In her experience, non-governmental activists from the global south often lack information concerning both who they might approach in China as well as what to expect of different Chinese agencies. Sausmikat expects the document to prove useful in future workshops with NGO activists from around the world.

Link
Urgewald, 2020: Who is who in the Chinese lending institutional landscape.
https://urgewald.org/node/865