The Drin River Basin in the Shkoder region in north-western Albania is susceptible to severe flooding. The area has experienced inundations on a regular basis in the past. The region’s changing climate will make these events more frequent and intense in the future. 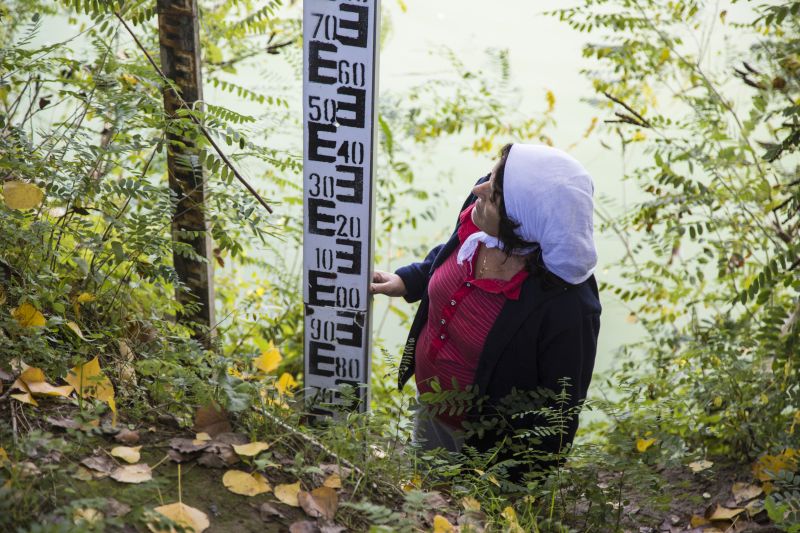 Jutta Benzenberg People in the flood-risk areas depend on accurate and fast information – concerning water levels, for example.

Major flooding in 2010 and 2013 resulted in serious economic and environmental  losses, which the region has yet to recover from. The flooding in December 2010 alone was responsible for economic damage amounting to more than € 60 million. More than three quarters of people living in rural areas and a fourth of people living in the city of Shkoder were directly affected by the flooding. Without sufficient protection from the rising flood risk, social, economic and health hazards will only increase in future.

With input from local people, working groups drafted one regional and eight local flood-risk management plans. Local and national administrative bodies, universities, rescue services, utility companies and non-governmental organisations (NGOs) were represented in the groups. The German project supported all actors involved, in line with the principles of the EU Flood Directive.

The planning takes into account everything from prevention to disaster management and reconstruction. It takes an integrated and comprehensive approach, recognising the importance of climate information. It also pays attention to gaps in land-use policies and the regulatory framework that need to be closed for climate-sensitive flood risk management.

An important part of the planning are flood-risk maps that show which areas are especially vulnerable. These maps were made publically available, which was an innovation. In order to give the rivers more space, municipalities are now considering ways to restore flood plains. They are also developing adaptation measures to lower the risks to people, the environment, important cultural institutions and businesses.

In the city of Shkodra, the newly-founded civil protection service was given tools and training so it can respond fast to major flooding. Awareness-raising campaigns are teaching local people the best way to act before and during floods.

The project supports the establishment of a cross-border flood forecasting system for the Drin River Basin. The national hydro-meteorological agencies of Albania, Montenegro, Kosovo and Macedonia are now sharing data in real time. In the near future, the relevant authorities in the flood zones surrounding Shkoder will be able to warn people well ahead of impending floods. Accordingly, emergency services have more time to prepare for dangerous situations.

According to Arben Gjuraj, the deputy mayor of Shkodra, involving local people was one key to the project’s success. “Learning by doing and adapting EU planning practices to the local situation and requirements was an additional long-term benefit for my staff,” Gjuraj says. During the presentation of the plan, Oljana Ifti, Albania’s deputy environment minister, cited the close cooperation between different government institutions as the most important success factor.

The project is currently providing support to municipalities to update flood-risk maps and implement selected adaptation measures, such as maintaining drainage channels.