In a pandemic, international cooperation is more important than ever. This is evident in how we tackled an epidemic that at first glance only affected small West African countries rather than all of us: Ebola.

last contributed to D+C/E+Z in spring of 2020 as health adviser with medico international in Frankfurt. 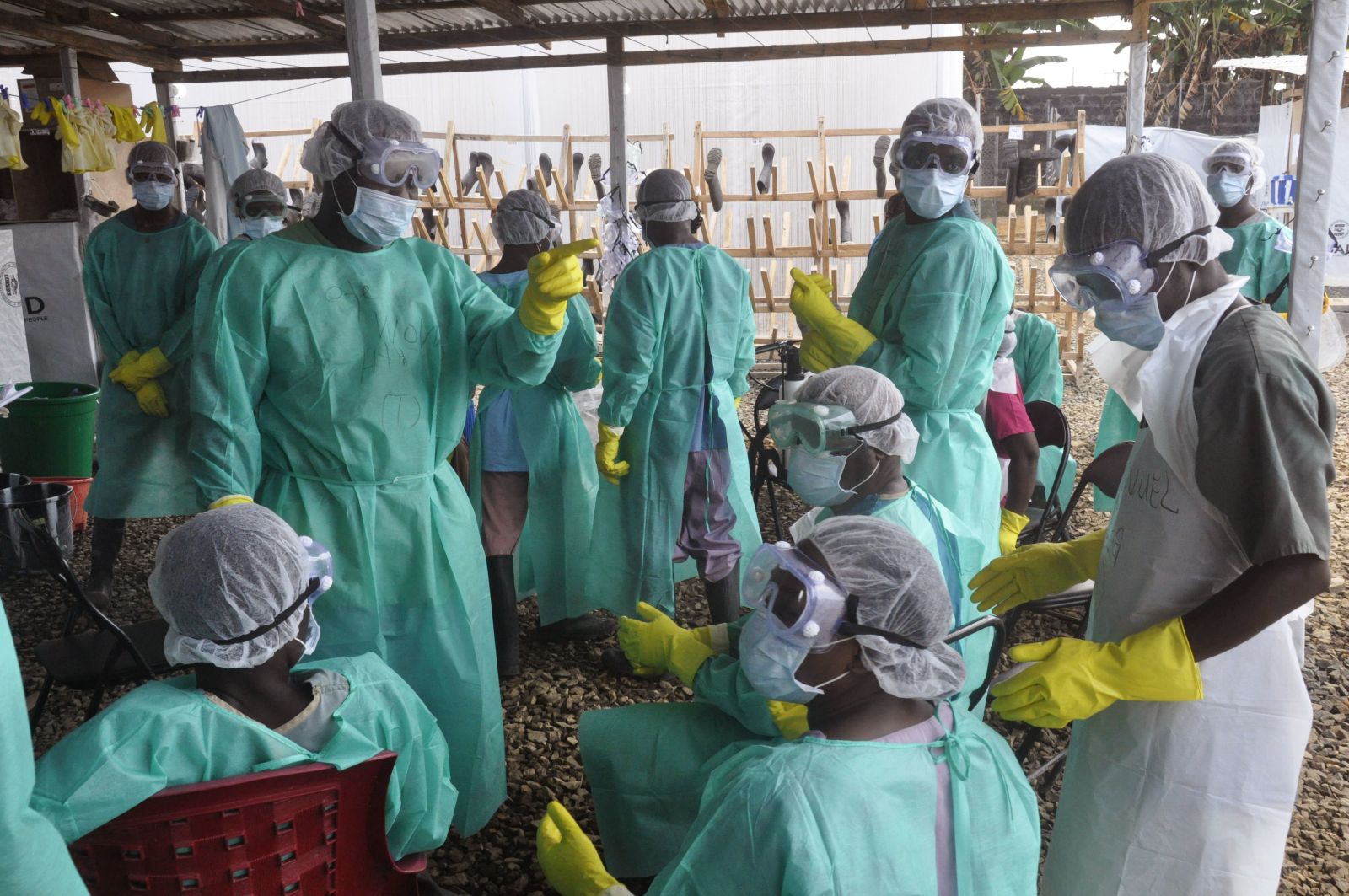 picture-alliance/AP Photo The world should have learned lessons from the Ebola epidemic in West Africa: Health workers in Liberia in January 2015.

Germany’s Federal Government has launched a € 122 billion rescue package to ease the burden on the self-employed, small businesses and mini-companies in the Corona crisis. Basic income support has also been promised. This is unique and unprecedented action.

Another intervention made fewer headlines. Almost at the same time as the debate was going on in the Bundestag, the UN announced it would provide $ 2 billion for a “global humanitarian response”. The  idea is to fight Covid-19 across South America, Africa, the Middle East and Asia. That is less emergency funding than earmarked for Lower Saxony, a West German state.

In view of the Covid-19 emergency, people are focusing on national perspectives. Europeans, however, must not lose sight of our responsibility for globalisation and its impacts. The pandemic is causing a global economic crisis which will deepen inequalities, reveal gaps in national health services and intensify other social and environmental problems. The poorer world regions must not be left to themselves.

Depressingly, the international community did not heed the lessons of the West African Ebola outbreak 2014 to 2016. We should have. We would then be in a very different position today. Important lessons include that health systems need to be under public control (see Andreas Wulf in Focus section of D+C/E+Z e-Paper 2020/03). Everybody, regardless of income, must have access. Otherwise, epidemics spread fast.

During the West African Ebola outbreak, some 20,000 people were infected. Almost half of them died. The virus found perfect conditions for spreading in the three countries concerned. The health systems of Guinea, Liberia and Sierra Leone still are among the world’s weakest. Due to the epidemic, general health care deteriorated. The number of malaria deaths doubled, maternal mortality went up again and new cases of measles infection increased.

For a long time, the world looked on and did nothing. The quarantine policy that followed was so radical that exports of the three countries slowed down dramatically. People continued to suffer the consequences long after the epidemic was over (see Shecku Mansaray in Focus section of D+C/E+Z e-Paper 2020/03).

At first, communities at the grassroot level and their leaders were not involved in the Ebola response. Accordingly, health workers in white protective clothing met massive mistrust. Life-saving information campaigns only became effective once all relevant social forces were systematically involved. In the Ebola crisis, the people of West Africa physically experienced both the absence of their respective nation states and the failure of the international community. The societies concerned lacked the health and education infrastructure they desperately needed. Thousands paid the price with their lives. To some extent, natural resources, including bauxite, coltan, cobalt and many more, were still exported to the global north, but that did not result in any funding for building infrastructure for social services.

A vaccine against Ebola was developed and proved helpful. Once the virus was contained, however, attention shifted away from how important good health systems with universal access are. Today, Sierra Leone, a country with at least 7 million people, still has fewer doctors than Frankfurt’s University Hospital. Frankfurt has about 700,000 inhabitants and several other hospitals plus many clinics and general practitioners.

The next outbreak of Ebola, in the Democratic Republic of Congo in 2018, got hardly any international attention. It was not perceived to be a global threat.

For years, the World Bank has been urging countries in the global south to seek private finance to tackle health issues and create emergency programmes based on credit. The problem is that profit-driven health care cannot create the conditions nations need to rise to current and future challenges. The truth is that privatisation has led to devastating underfunding of health care around the globe.

Humanity needs a better approach. Immediate debt relief is needed for the poorest countries. Moreover, international funding mechanism must make good health care feasible around the world. Otherwise, even the most obvious lessons of the Covid-19 pandemic will be forgotten fast once it is over – and the world would sleep-walk into the next disaster.

Anne Jung is a health expert with the aid and human rights organisation medico international.
https://www.medico.de/en/