Sierra Leone was devastated by the Ebola outbreak from early 2014 to late 2015. Some lessons have been learned – especially in regard to community-based action. Whether the country is properly prepared for another major health crisis remains an open question nonetheless. It is scary to consider what suffering the new coronavirus might cause, should it prove more dangerous than currently assumed.

contributed to D+C/E+Z in spring of 2020 as a development consultant. He was personally involved in the Ebola response. He coordinated the partner organisations of Bread for the World, after retiring as executive secretary of the non-governmental organisation SLADEA (Sierra Leone Adult Education Association), a partner of Bread for the World, the Protestant German agency. 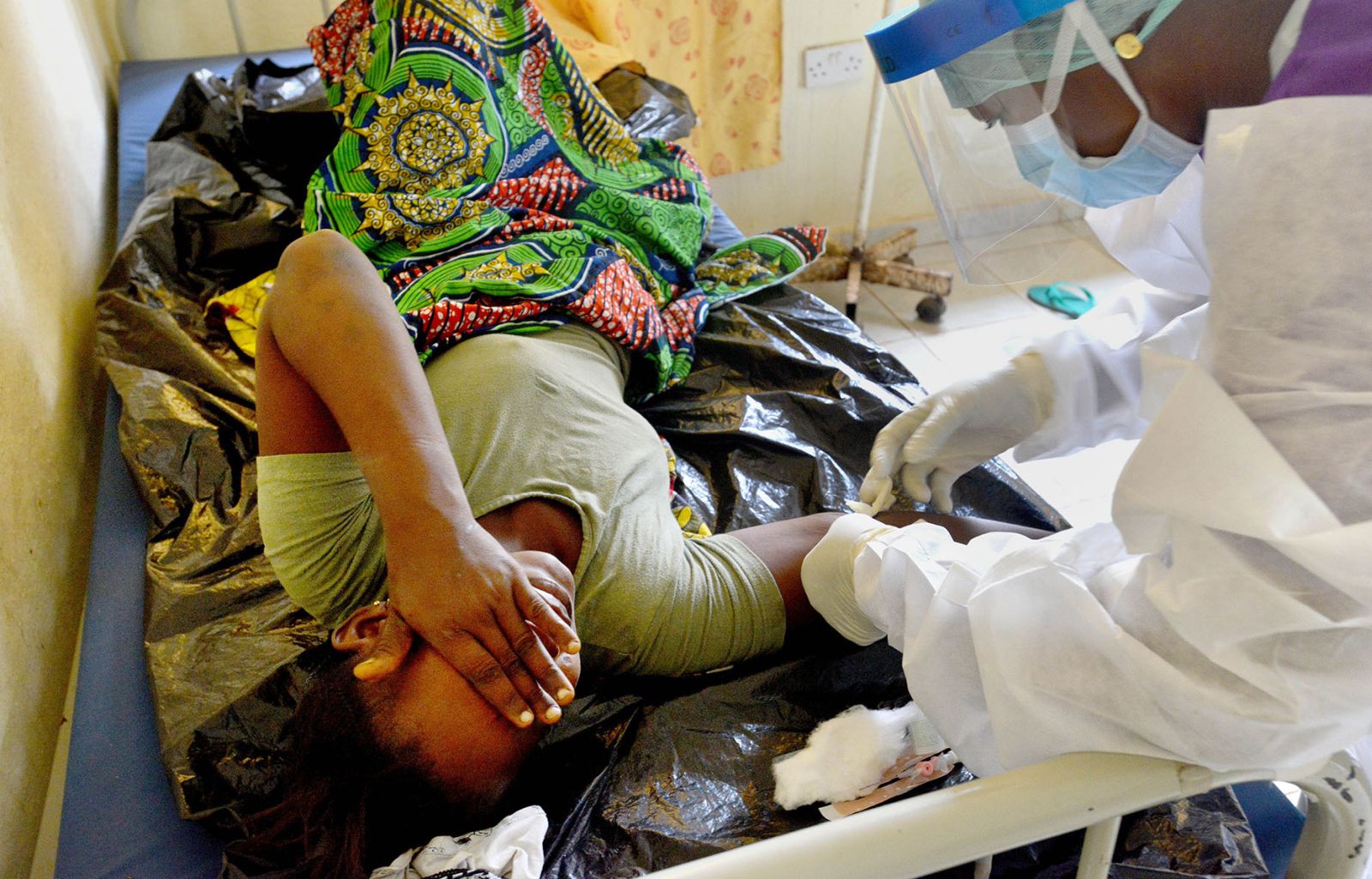 Sierra Leone shares the Mano River region with Liberia and Guinea. The three countries are poor and tightly woven together socio-culturally. When one of them sneezes, the other two are likely to catch a cold.

In the early 1990s, Liberia’s civil war spilled over, and fighting caused terrible suffering for 11 long years in Sierra Leone. The next big crisis was the Ebola outbreak that haunted the region for 3 years. It started in Guinea in 2013 and then crossed over to Liberia and Sierra Leone. The first cases in Sierra Leone were registered in March 2014. It took 20 months before the country was finally declared Ebola-free in November 2015.

According to the World Health Organization (WHO), Ebola killed 11,323 people in the three countries. The real number was certainly higher since not all cases were registered. The WHO reckons that more than 17,000 patients survived. Their suffering must not be underestimated however. Many are permanently disabled, orphaned or widowed. Most are now poorer than before. All of them are traumatised – and so are their families and communities. Moreover, the entire population of the three countries was stigmatised. Our world region was basically cordoned off, which caused additional economic hardship.

Ebola was previously unknown in Sierra Leone. Earlier outbreaks had occurred in faraway countries like the Democratic Republic of Congo. Our region’s health-care systems were always weak, so health professionals were neither aware of Ebola’s symptoms, nor of how to prevent, treat and cure the disease. Making matters worse, the initial fatality rate was announced as almost 100 %. We felt as though we were awaiting imminent death.

Ebola spread to Sierra Leone through porous borders. Many people regularly do business in neighbouring countries; others have family there. There is a pattern of low-income persons, who live hand to mouth, crossing borders in search of livelihoods.

The outbreak of Ebola had indirect impacts too. As the UN Development Programme (UNDP) pointed out in 2015, “it severely disrupted social life and economic activities, with gruelling effects on household livelihoods and the national economies in general.” The psychological blow exacerbated feelings of helplessness.

Sierra Leone’s government was obviously overburdened. The health minister initially downplayed the crisis, and was then sacked. The president established a National Ebola Response Committee (NERC), headed by a retired military officer. By the time it was working properly, Ebola had spread across the entire country.

Over time, however, the NERC proved a success. Several factors played a role:

In retrospect, it is clear that the open and participatory “all on board” policy enlisted was good. It included everyone who found the courage, resources and energy to join the fight. It allowed cross-fertilisation of ideas among health professionals, social workers, civil-society organisations, local authorities, security personnel, religious leaders and volunteers from all walks of life. No single entity can claim to be the sole owner of the success in the fight against Ebola.

Trust at the grassroots level was essential. Citizens had to be convinced of strictly observing Ebola rules. That meant no hand shaking, no hugging, no public gatherings, no washing of corpses before burial, no football games, no attendance of schools, colleges or universities, no touching of strangers, no Christmas. On the other hand, hand washing became mandatory before entering any house, office or clinic.

Such behavioural change is hard to sustain. Poverty made it even harder. People frequently found themselves in situations where they had to decide between defying the rules of Ebola prevention and eking out a living. All too often, Ebola won.

Faced with catastrophe, a least-developed country needs international support. International non-governmental organisations proved more dynamic than multilateral agencies and donor governments. I recall a cheering crowd at the airport welcoming the arrival of essential medical supplies in support of BftW partners. The supplies were paid for by BftW and flown in by the German Air Force.

Sierra Leone’s health professionals now know what Ebola means and how to respond. Moreover, the huge number of community health volunteers will certainly prove helpful in a similar crisis. There recently was an incident of Lassa-Fever in Sierra Leone. The responsible health facility handled it professionally and effectively, inspiring hope that our health-care system is up to task. People’s general awareness of health issues has increased too.

On the other hand, we know that our health system crumbled fast when first confronted with Ebola. It is scary to consider what harm the new coronavirus might cause should it spread to our country and prove more dangerous than currently assumed. On the upside, Sierra Leone has learned that community involvement is essential, and that should be helpful in any health crisis.

Depressingly, most pledges made by international agencies to support the post-Ebola recovery have not been honoured. Moreover, there has been a change of government, and the new leadership has delinked Ebola-recovery from its development agenda. For public health to improve continuously, however, health considerations have to feature in each and every policy choice. One must hope that the established disaster-response mechanisms will be maintained at the local level.

Another lesson is that a poor, post-war country like ours is devastated long-term by such an overwhelming health crisis. Because investments stalled fast, including the mining sector, the economy has not fully recovered yet. Problems of unemployment and poverty have become worse.

Shecku Mansaray is a development consultant. He was personally involved in the Ebola response. He coordinated the partner organisations of Bread for the World, after retiring as executive secretary of the non-governmental organisation SLADEA (Sierra Leone Adult Education Association), a partner of Bread for the World, the Protestant German agency.
sheckumansaray@yahoo.co.uk