Media pundits around the world have lately been pondering whether China is managing to replace the USA as the dominant world power during the Covid-19 pandemic. I don't think it is. The real question is whether any power is willing and able to assume any global leadership role. 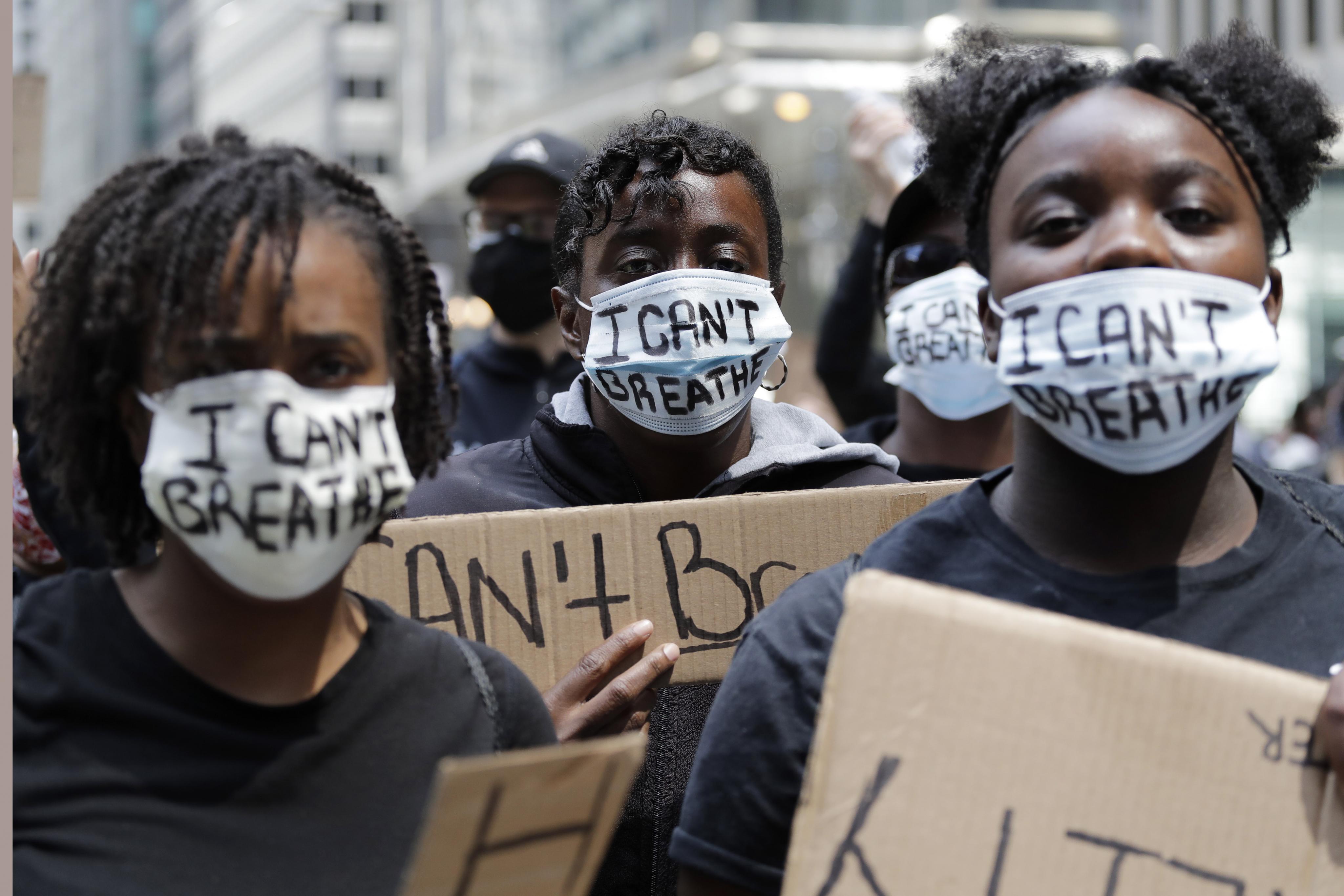 Nam Y. Huh/picture alliance/AP Photo Protest at a time of pandemic: demonstrators in Chicago on 30 May. Before dying in police custody in Minneapolis, George Floyd had said “I can't breathe”, but the officer holding him down did not remove his knee from his neck.

Most commentators agree that US President Donald Trump is not up to the task. His nation is rocked by protests against police violence, and his insensitive tweeting has only led to further escalation. When people are angry about police officers killing a helpless person, it is mad for a head of state to encourage extra-judicial violence as Trump did. After he re-iterated the decades-old racist threat that when “the looting starts, the shooting starts” on the social-media platform, many American cities saw riots. Before his short-message intervention, the protests were basically a local affair in Minneapolis.

A real leader is able to address a nation in turmoil. A real leader builds bridges and reconciles diverging interests. A real leader devises policies that solve problems. Trump does none of this. He does not accept responsibility, but keeps blaming others for anything that goes wrong on his watch.

That is evident in the Covid-19 crisis as well. At one point, he claimed to have total authority to end the Covid-19 lockdowns. He does not. The lockdowns were imposed by the governors according to state laws. One week after claiming total authority, he refused to take “any responsibility at all” for testing and tracing – though his federal administration could – and should – play a role in procuring medical goods and distributing them to the states. Instead of rising to that challenge, he speculated during a televised press conference whether it might be helpful to inject disinfectants to fight the coronavirus.

A lot of people around the world speak English, and many follow US affairs on CNN. They see that Trump is not leading. Indeed, the USA lacks leadership in this time of crisis. Someone, however, who fails to lead at home certainly cannot lead the global community. His decision to abandon the World Health Organization during a global pandemic only weakens the USA's international influence. His unilateral announcement to the G7 setting and inviting Russia and other countries, only alienates the other G7 members. All of them are normally among Washington's closest allies.

Global politics is not a zero-sum game. US withdrawal from multilateral policymaking does not mean that any other country can simply take its place. The Chinese regime would probably love to do so, but it does not enjoy enough trust around the world.

Chinese loans now amount to a heavy debt burden that many developing countries struggle to bear. Recent reports about blatant racism in the People's Republic have upset many people in Africa. As for Covid-19, nobody knows precisely

There are neither independent experts nor free media. The Chinese government controls everything, from the national statistics to the headlines in the newspapers. After claiming to have stopped the spread of the disease, it kicked out foreign correspondents. That kind of action does not inspire trust. Why should anyone put faith in a regime that does whatever it can to suppress any kind of criticism?

Beijing is now tightening its grip on Hong Kong. What is meant to be a display of strength is actually an admission of weakness. It is the regime's tacit acknowledgement that it is unable to convince democracy-minded people in Hong Kong.

Very few people around the world speak Chinese, even fewer read Chinese, so many things that happen in China remain obscure to outsiders. The country's diplomats increasingly demand “respect”. That does not suggest that the government's core concern is the global common good – and it does not inspire trust.

In theory, the EU could assume a global role of leadership. To do so, it would have to look more united than it does. The extended debate on how to fund the stimulus programmes that are needed because of Covid-19 is tiresome. If a continental alliance cannot agree on burden sharing among its members, it is obviously not setting the kind of global example we need. The recent German-French proposal is good. The idea is that the European Commission incurs debt in order to subsidise those member countries that the Covid-19 pandemic has hit particularly hard. The proposal makes sense, but it only emerged after weeks of haggling, and it must yet be adopted as common EU policy.

Making matters worse, many Africans and Asians have long been paying attention to the suffering of refugees on Europe's borders. They are tired of hearing lectures about human rights from European policymakers who systematically downplay and neglect the human rights of refugees. All too often, European governments only pay attention to what their most narrow-minded citizens consider the national interest. They should do much more to convey to their people why promoting the global good serves their interests.

Multilateral institutions are only as strong as member countries let them be. When they enjoy the support of powerful countries, they can be very effective. Global problems – from climate change to Covid-19 – require global solutions. If the world's most important powers shy away from forging compromises that serve our entire species, we will not get the kind of meaningful global governance we need.

The US needs to build back better