In the night from 2 to 3 September, a fire destroyed the main building of the Museu Nacional, the National Museum in Rio de Janeiro. Irretrievable exhibits were lost, parts of the national memory were destroyed. The fire is symptomatic of the country’s current state. 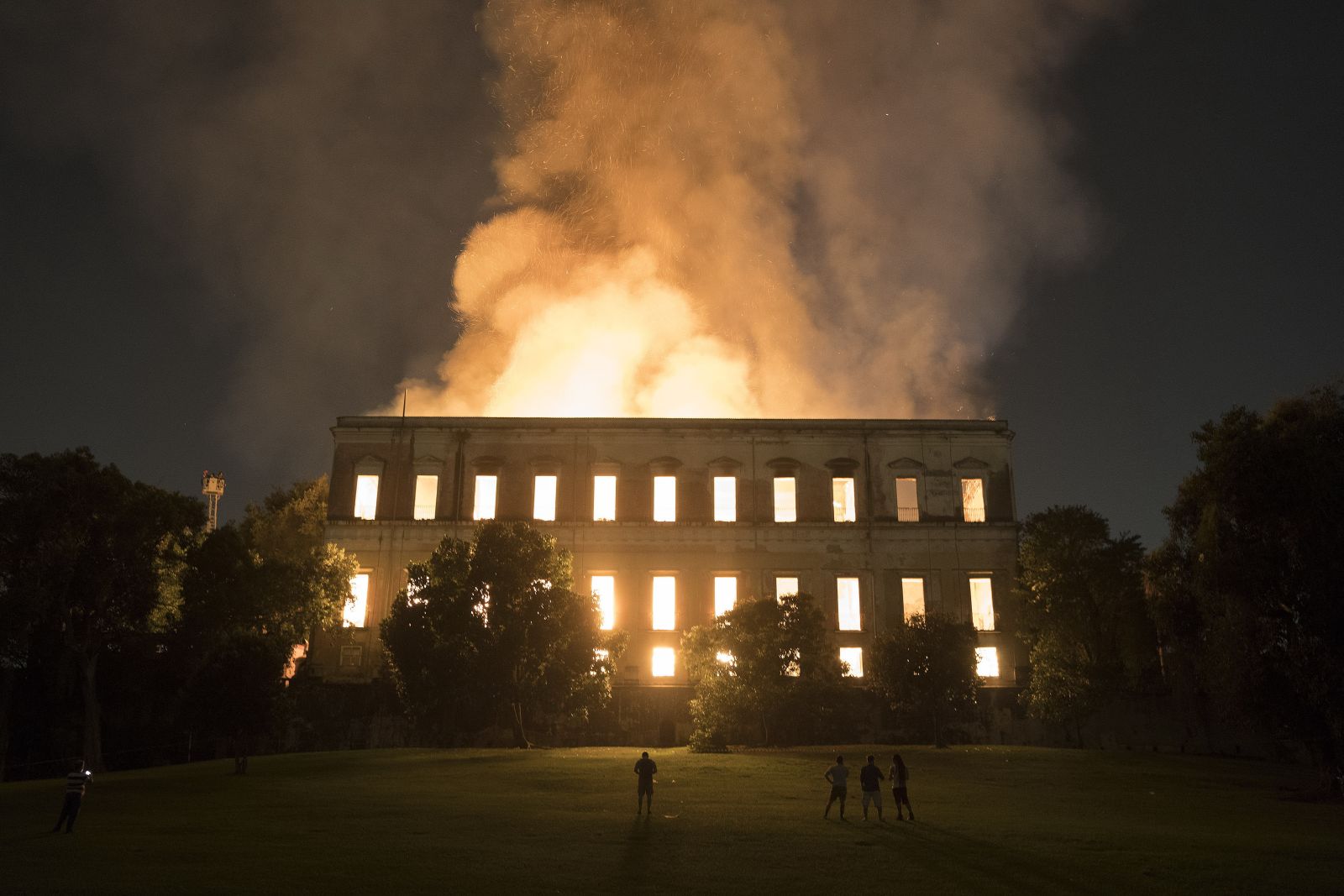 On the morning of 3 September, a professor of literature at Rio’s Federal University posted a message on her Facebook page: “Guys, nothing has been saved from linguistics. We lost the entire collection of indigenous languages: the songs in many languages without live speakers, (...) the original ethnic-historical-linguistic map with the location of all ethnic groups in Brazil, the only record we had dating back to 1945, the ethnographic and archaeological references of the Brazilian ethnic groups since the 16th century … In short, an irreparable loss to our historical memory. It hurts too much to see everything in ashes.”

The fire is estimated to have destroyed 90 % of the museum’s collection of 20 million objects. But the tragedy did not come out of the blue. As recently as April this year, Alexander Kellner, the museum’s director, drew attention to the wretched state of the institution. Although it owned one of the most important natural-history collections in Latin America, water was dripping from ceilings. The Museo was operating well below capacity, registering far too few visitors a year. Kellner wanted to change things.

The bitter irony is that an agreement was reached in June for a financial injection of 21.7 million reais (around 4 million euros) to be made by the Brazilian Development Bank (BNDES). The first payout (3 million reais) was due in October. Kellner planned to use some of the money to improve fire safety. The Museo lacked a fire safety certificate and should actually not even have been open to the public at all. Without sprinkler system, fire alarms and adequate water pressure for hydrants, the 19th century building had no protection from the flames that devoured it.

This tragedy reflects the sorry state of affairs that has marked Brazil for several years. The country is struggling. It is losing its past, present and future while its people sleep. The day after the fire, hundreds of people invaded the gardens of the burnt-out building, and thousands later took to Rio’s streets waving placards with messages such as “A people with no public spirit and no history”. I felt that the presence of an absence was never so acutely felt.

President Michel Temer spoke of an “incalculable loss”. Culture Minister Sérgio Sá Leitão blamed previous governments and Rio’s Federal University, to which the museum formally belongs, for its sorry state and the lack of investment, but he did not assume any responsibility himself.

The fire was a wake-up call. It has focused people’s minds, made them culturally and also politically more aware. The far-right presidential candidate Jair Bolsonaro is now more closely scrutinised and seems to be losing approval among certain groups of voters such as women. Bolsonaro responded with scorn to the museum fire. Culture does not figure in his manifesto at all. One

day after the fire, Bolsonaro was stabbed and seriously injured. The assailant’s motive is still unclear. The fact that Bolsonaro now presents himself as a victim further fuels the polarisation of the Brazilian electorate that he has fomented.

One small consolation about the National Museum is that at least some of the documents in the ethnographic collection were digitalised and are thus not completely lost. And there is still hope that the skull of “Luzia”, the oldest homo sapiens fossil found in America, may yet be found in steel cabinets in the rubble.