contributed to D+C/E+Z in summer 2016 as an expert on international law. He works as a trial observer and analyst at the International Criminal Court (ICC) in The Hague and at the UN tribunals on behalf of international organisations, governments and media. 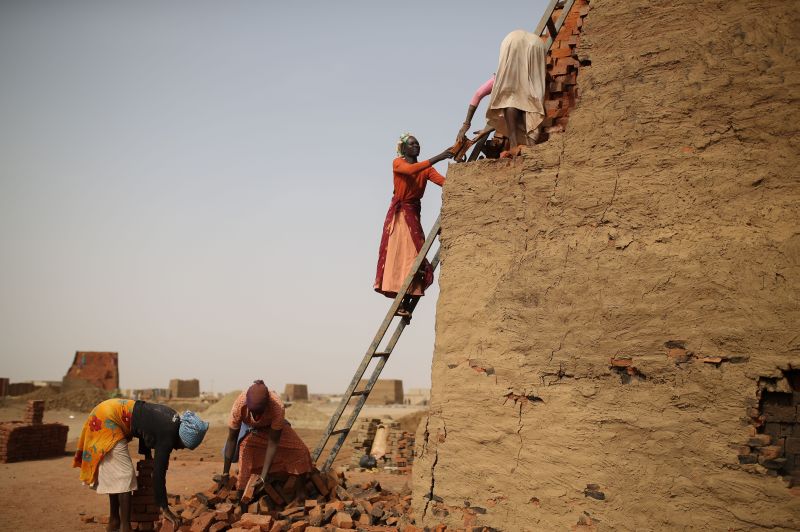 AA/picture-alliance Personnel from the International Criminal Court are not allowed to collect evidence in Sudan. Refugee women work in a brickyard in the conflict region of Darfur.

Information gathered by a satellite orbiting the earth at an altitude of 45 kilometres confirmed the existence of a mass grave in Burundi. Amnesty International (AI) used the data to check local people’s claims that bodies had been buried in the Buringa region. A comparison of images from November and December 2015 showed that large volumes of earth had been moved.

In the past, perpetrators often succeed in concealing the extent of their wrong­doing even in the case of mass crimes. They intimidate witnesses, forge evidence or prevent investigators from accessing the crime scene. Advanced technology can help solve such cases.

The use of such technology remains the exception in criminal proceedings however. The International Criminal Court (ICC) in The Hague and the UN tribunals still rely on traditional evidence, such as eyewitness testimonies or forensic investigations. The ICC in particular needs to admit a greater range of evidence, not least because witnesses can be unreliable. Their statements are sometimes vague, for instance when crimes occurred a long time ago, or simply untrue, which can be the result of intimidation or bribes.

Moreover, the ICC does not have its own police force, so it depends on cooperation with governments. That approach doesn’t always work. Kenya, for example, has refused to hand over the requested documents in the case against President Uhuru Kenyatta. And Sudan no longer allows any ICC staff to enter the country. Investigators are thus unable to visit crime scenes in Darfur in order to build their case against President Omar al-Bashir and other suspected war criminals.

Because AI staff is also barred from traveling to Darfur, the human-rights organisation is using satellite images to document the destruction of villages and the movement of refugees for its project “Eyes on Darfur”. Other organisations are using internet data. The Syria Justice and Accountability Centre (SJAC) has built an archive of a million internet videos from Syria. They could be used before court at some point in the future.

Up-to-date software makes it possible to determine the direction of a missile strike by checking the position of the sun in images or by analysing thousands of hours of video footage. The software used by SJAC, for instance, fast indicate which videos in the archive feature a specific kind of tank.

The ICC is considering the relevance of this kind of evidence in theory, but it has barely relied on it so far. Legal uncertainties account in part for this restraint. There is a lack of precedents and rules on how to deal with digital evidence. Satellites, for instance, produce data that are only turned into images later. The original data would therefore not be presented in court; it would be used in a processed form, AI explained in a legal paper. Accordingly, they would normally be considered indirect evidence, which carries relatively little weight.

The authenticity of data would also have to be proved. According to AI, it is possible, but much more difficult to spot signs of manipulation in satellite images than it is in photos and videos. Courts need to take up this issue, set precedents and establish rules.

The UN Special Tribunal for Lebanon is performing pioneering work in this area. It is basing much of its case against those responsible for the 2005 assassination of Rafic Hariri, the former Lebanese prime minister, on a complex analysis of dozens of mobile phone numbers. The investigators have discovered patterns in the call records and want to use that information to prove how the assassination was carried out and by whom. Whether or not they succeed will only become clear in a couple of years once the judges issue a verdict.