Donors must not sleep

Municipal authorities have become more powerful in Benin thanks to the country’s decentralisation policy. Progress is evident, but a lot remains to be done. Sensible structures of governance are at risk of becoming empty shells unless the people understand that democracy starts at the grassroots level. The public must hold mayors and municipal councils accountable. 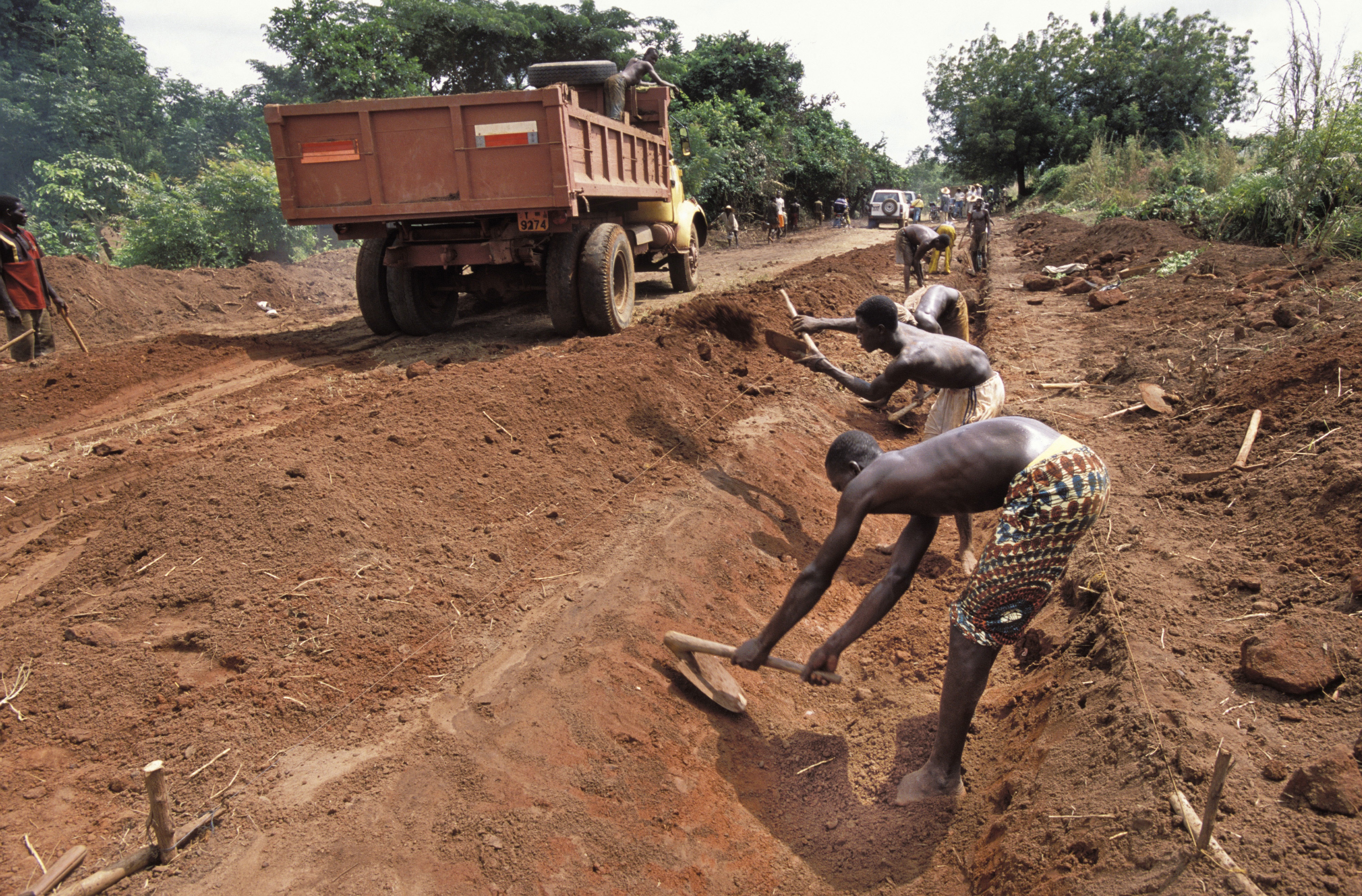 Jorgen Schytte/Lineair “Where mayor and council are up to their jobs, the rural transport infrastructure tends to be in a rather good shape”: building a feeder road to connect a village in 2006.

For decades, Benin’s municipal authorities complained about the over-centralisation of political and administrative power. The strong central government was a legacy of French colonial rule, and the military Marxist dictatorship that ran the country in the 1970s and 1980s did not change that. In some regions, people threatened to secede because they were frustrated with the central government’s inefficient and corrupt administration.

In February 1990, the historic National Conference was held and democracy was introduced. One of the top priorities was to design and implement what is now known as the Politique Nationale de Décentralisation and Déconcentration (PONADEC – Policy for Decentralisation and Devolution). But things only got moving on the ground in the year 2000, and donor support was essential. Especially Germany’s GTZ (now GIZ) and the World Bank played important roles.

The main idea behind PONADEC is to strip the central Government in Cotonou of most of its administrative powers at the local levels. The 77 communes (municipalities) are supposed to run their own affairs, collect taxes and spend the money on  activities that help improve the livelihoods of the poor and the situation of the people in general. Elected mayors and municipal councils rather than bureaucrats of the central government are meant to be in charge of the communes.

Local elections were held successfully in 2003 and 2008. The next round of voting will take place this year. After 10 years of democratically legitimate local government, it has become apparent that good governance makes a difference at the grassroots level. In municipalities where the mayors and councils are up to their jobs, for instance, the rural transport infrastructure tends to be in a rather good shape. Where the local leaders are neglecting their duties, however, dirt roads are full of potholes.

Observers have noted that many irresponsible local leaders were re-elected in 2008 even though such inefficiencies were already becoming obvious. Some wonder whether they will be re-elected. It is believed that many people do not understand democratic accountability and are easily impressed by the rhetoric of national politics. Tribal politics matters too.

Unless  people understand that local leaders really make a difference, democracy at the grassroots level cannot work. As better governed municipalities increasingly have better local markets and better managed land registers, however, one may hope that the people will eventually understand these matters.

Today, municipal governments are collecting real estate and other taxes, but they are also relying on funds from a national transfer scheme which dis­burses money from both the national budget and donors. The communes’ fiscal position has improved dramatically. By some estimates, municipal budgets are now about ten times bigger than they were before the reforms.

A considerable share of that money is contributed by donors. The World Bank, for instance, reports on its website that it lent $ 50 million to Benin in the financial year 2004/05 to improve poor people’s access to basic services, including health, water and education, and building local infrastructure such as roads and markets.

In such contexts, the World Bank praises Benin’s approach of development driven by local governments. It indicates that it will support a new social policy: Benin’s central government wants to establish a safety net for poor people which will involve direct cash transfers to poor households and a labour-intensive public works programme in the dry season. The main objective is to increase income for poor households over a sustained period of time, and avoid situations in which they might sell vital assets they need in the long run or pulling children out of school and turn them into under-age breadwinners.

Things seem to be moving in the right direction in Benin, but nothing in life is perfect. A European development expert who is familiar with PONADEC says that, in spite of promising trends, he has noted administrative and governmental filibuster. In his view, some ministries are not doing enough to enable strong and democratically legitimate local governments. Central governmental officers at the level of the regional Départements are still subservient to the ministers and do not give due respect and attention to work done by mayors and council members. There have been repeated stories of illegal withholding of funds that are owed to the communes.

The European expert also points out that the demo­cratically elected local leaders need administrative support from the central government, and must not be bullied by the government. He finds it most unfortunate that ministerial bureaucrats in Cotonou, Benin’s largest town, tend to neglect this important consequence of decentralisation, seeming stuck in their old ways.

Another problem, according to this expert, is that water and power supply is run by national agencies with a repu­tation for inefficiency and corruption. Local leaders, however, depend on these agencies for improving water and power supply in their municipalities. All in all, the foreign observer says, there are still far too many incentives for mayors to spend time in the capital and meddle in national politics instead of focusing on the needs of their local constituents.

The new structures of governance make sense in theory, says the European expert, but they need to come alive. The mindset of clientelism and nepotism is still quite strong, he argues, and a truly democratic culture is only beginning to take root. In his view, there is a risk of local authorities becoming empty shells.

There is no doubt that PONADEC has made a difference in Benin and that the municipal authorities are in a better position today than ever to run their affairs according to their people’s needs and demands. But for the time being, foreign donors – both bilateral and multilateral – must pay close attention to what is going on. They must ensure that the central government neither interferes in the nascent “sovereignty” of the communes, nor tries to re-assert its foregone powers. As the central government depends on donors’ budget support, the international community can make a difference.