Death threats, intimidation and harassment of journalists are common in South Sudan. According to Reporters Without Borders, the international non-governmental organisation, the ongoing armed conflict has exacerbated the situation in the past two years. In 2015, seven journalists were killed by unidentified gunmen.

last contributed to D+C/E+Z in spring of 2020 as a South Sudanese filmmaker and journalist. 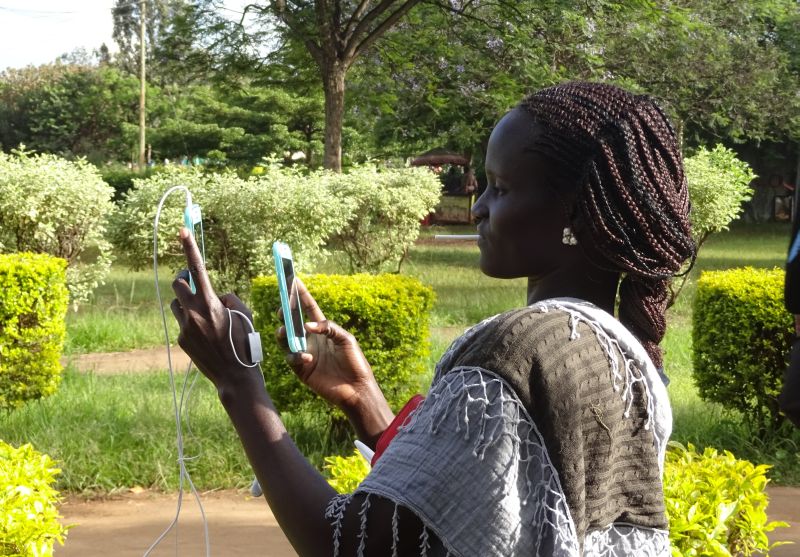 In August of 2015, Salva Kiir, the president of South Sudan, made a statement at a news conference, threatening to have journalists murdered if they “worked against their country.” Three days later, Peter Moi, a reporter, was gunned down and killed. This crime spread panic among media workers. Governmental security agencies, moreover, have detained many journalists and closed several media outlets.

In 2015, the World Press Freedom Index, which is compiled by Reporters Without Borders, ranked South Sudan at 125 out of 180 countries. This rank indicates the country as being one of the most dangerous places worldwide for journalists to operate in.

Many journalists have fled into exile, and they have no hopes of returning to their home country any time soon in spite of the peace process which is officially under way. Joseph Nashion is one of them. “Those who want my life are still at large,” he says. He had received threatening texts on his phone from unidentified people and left his home town of Yambio. In August 2015, he fled to Uganda, where he hoped to start a new life.

He was out of work – but he still had his smartphone. With mobile reporting techniques and special apps for making professional, high-quality audio and video recordings, Joseph learned to use his smartphone as a perfect, low-cost alternative to his usual recording and filming equipment.

Trying to continue with his profession as journalist was very difficult, though. He was cut off from the media houses he had worked for and lacked a network of professional contacts. He is still struggling to earn a living.

Deutsche Welle Akademie, a German development agency, is training journalists in several East African countries as mobile reporters. Mobile reporting is an inexpensive way to work without depending on costly cameras and recording equipment. Special free-of-cost editing apps enable journalists to edit files on a smartphone so they no longer need the editing rooms of media houses.

Exiled journalists in particular can benefit from becoming mobile reporters. For example, they can work from within a refugee camp and send contributions to media houses which are far away, using only their smartphone for filming, recording, editing, writing and filing the reports.

Pernille Bærendtsen, a Danish journalist who teaches DW Akademie skills workshops, trained Joseph and a number of his exiled South Sudanese colleagues in Uganda in mobile reporting, helping them to get back on their feet. In her opinion, mobile reporting offers journalists in rural parts of Africa a wide range of opportunities, since it “enables journalists to work more independently”.

The low-cost smartphone approach not only serves freelance journalists. Small media outlets can benefit too. One example is the community radio Speak FM in northern Uganda. Speak FM is a non-partisan radio station affiliated to the Forum For Women in Democracy (FOWODE), a civil-society organisation.

The radio station is situated fairly near to the South Sudanese border, where members of the Acholi tribe make up the largest population group. Many refugees from South Sudan live in this area as well. Local radio stations normally broadcast in Acholi, Luo and English. Adding programmes in South Sudanese languages or in Arabic with the help of mobile reporters would enhance the number of listeners on both sides of the border.

Jane Aciro, the manager of Speak FM, thinks all her broadcasters should master the skills of mobile reporting, as that would help her station to serve the community: “Mobile reporting will enhance the production and improve the quality of our broadcasting.”
This ties in with the observations of international experts such as Pernille Bærendtsen. She says: “The flow of information recently has become faster than it has ever been. Local media outlets as well as freelance journalists need to switch to digital journalism in order to exploit digital opportunities.”

However, digital journalism is still a new phenomenon in rural Uganda – and so far, only few reporters have mastered the skills. Hands-on training is essential, Bærendtsen says, adding that many workshop participants still have little prior experience of using smartphones and apps.

Life is not easy for journalists in Uganda however. The situation is better than in South Sudan, but that does not mean it is good. According to Reporters Without Borders, things have been improving in Uganda in recent years, but, with a score of 31.65, the country is still ranked number 97 of 180 in the World Press Freedom Index. There still are some restrictions on the freedom of speech.

For example, the internet providers in the country were ordered to shut down services on 18th of February 2016, during presidential and parliamentary elections. On TV, the minister for state information, Nyombi Thembo, endorsed the “temporary closure” of social media: “It was important to shut down Facebook and Whatsapp. This helped to avoid (posting) misleading (information) especially during this elections period.”

Ochan Hannington is a South Sudanese filmmaker and journalist. He is currently based in Uganda and is an alumnus of Deutsche Welle Akademie’s mobile reporting workshop himself.
ochanhannington@yahoo.com