Experts demand a new paradigm for agriculture: sustainable cultivation. Otherwise, they say, humankind cannot be fed in the future. How to feed all of humankind is an increasingly urgent question. 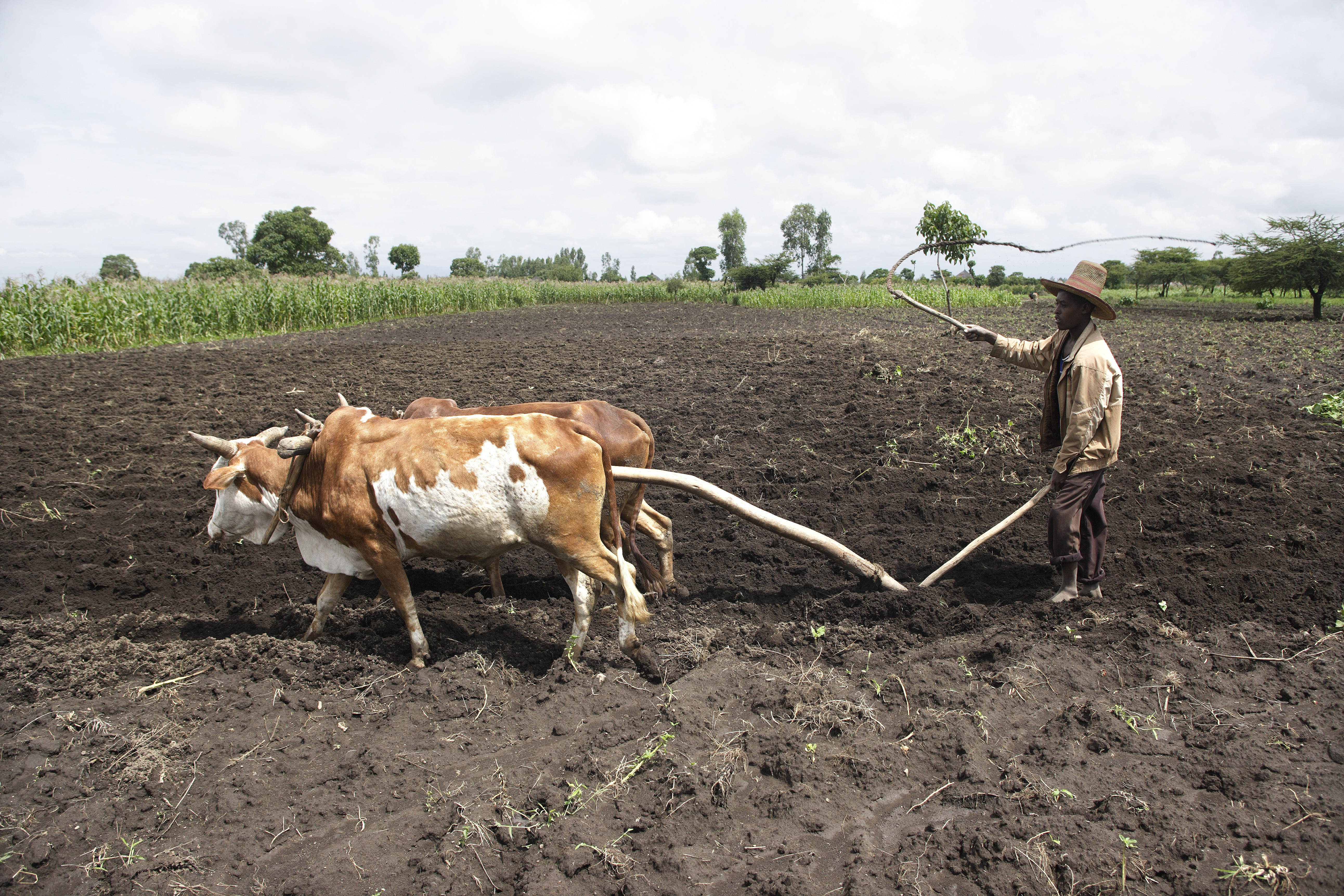 Cordier Sylvain/Biosphoto/Lineair Over the centuries, Ethiopian farmers have learned to make the most of relatively infertile soils.

"Only eco-friendly, sustainable farming can provide for us," argues Irene Cardoso, a professor of agricultural eco­logy from Brazil. Her understanding of "us" includes "people, animals as well as the micro- and macro-organisms the earth needs to be healthy".

In Brazil, Cardoso cooperates with smallholder farmers who practice this kind of agriculture. Family farms produce about 70 % of her nation’s food, even though they only use about 24.3 % of its land. Many of them are struggling to make ends meet.

Most farm land in Brazil belongs to landlords who run industrial-scale plantations. Cordoso reports that they grow soy beans for animal feed and sugar cane for export purposes. According to the professor, 22 % of Brazil’s farm land has been degraded by the use of pesticides, ferti­lisers and heavy machines. Soil quality has deteriorated to an extent that farming is becoming ever more difficult and even impossible.

Cardoso considers it a question of political will whether agriculture is made sustainable or not. The umbrella organisation of Brazil’s smallholders successfully rallied for an appropriate environmental farm policy in 2011. Implementation began in October this year. The government has granted the smallholders more rights and is providing more protection to them. Among other things, government agencies have begun to procure food from smallholders.

Other scholars similarly say that how agriculture is done must change fundamentally. Ulrich Hoffmann from UNCTAD (UN Conference for Trade and Development) wants to see a paradigm shift towards "ecological intensification". The idea is to achieve higher yields with less environmental damage. Hoffmann is in favour of:

Poverty, water scarcity and global warming are issues that relate to the soil. This was stressed by many experts at the second Global Soil Week in Berlin in late October. The conference was hosted by Potsdam University with support from Germany’s Federal Ministry for Economic Cooperation and Development and sev­eral multilateral and bilateral agencies.

There are successful examples of sustainable farming in Ethiopia. Hailu Araya of the Institute for Sustainable Development in Addis Ababa reports that smallholders are facing many challenges of land degradation. His country’s highlands are arid and not very fertile in the first place, he argues, but over the centuries, the farmers developed methods that result in reliable yields in unfavourable conditions. Scientists are keen on doing research on these methods in order to be able to spread valuable information.

The farmers, however, are not enthusiastic. Araya regrets that they are sceptical about scientists’ advice and that their
attitude is thwarting cooperation with experts and reducing the scope for transferring knowledge. He believes insights from Ethiopia could prove useful for farmers all over the world to the extent that they serve ecological intensification.

Who will feed the world? The scientists disagree. Some prioritise environmental sustainability, while others want to rely on agro-industrial methods in order to double food production. The FAO (UN Food and Agriculture Organization) takes the latter stance. All scientists agree, however, that something needs to be done fast.