Close contact between researchers and people from other cultures can lead to ethical conflicts. Conflicts are even more common in development cooperation. Germany’s Federal Ministry for Economic Cooperation and Development (BMZ) and its agencies are therefore discussing ethical guidelines for development activities. By Frank Bliss 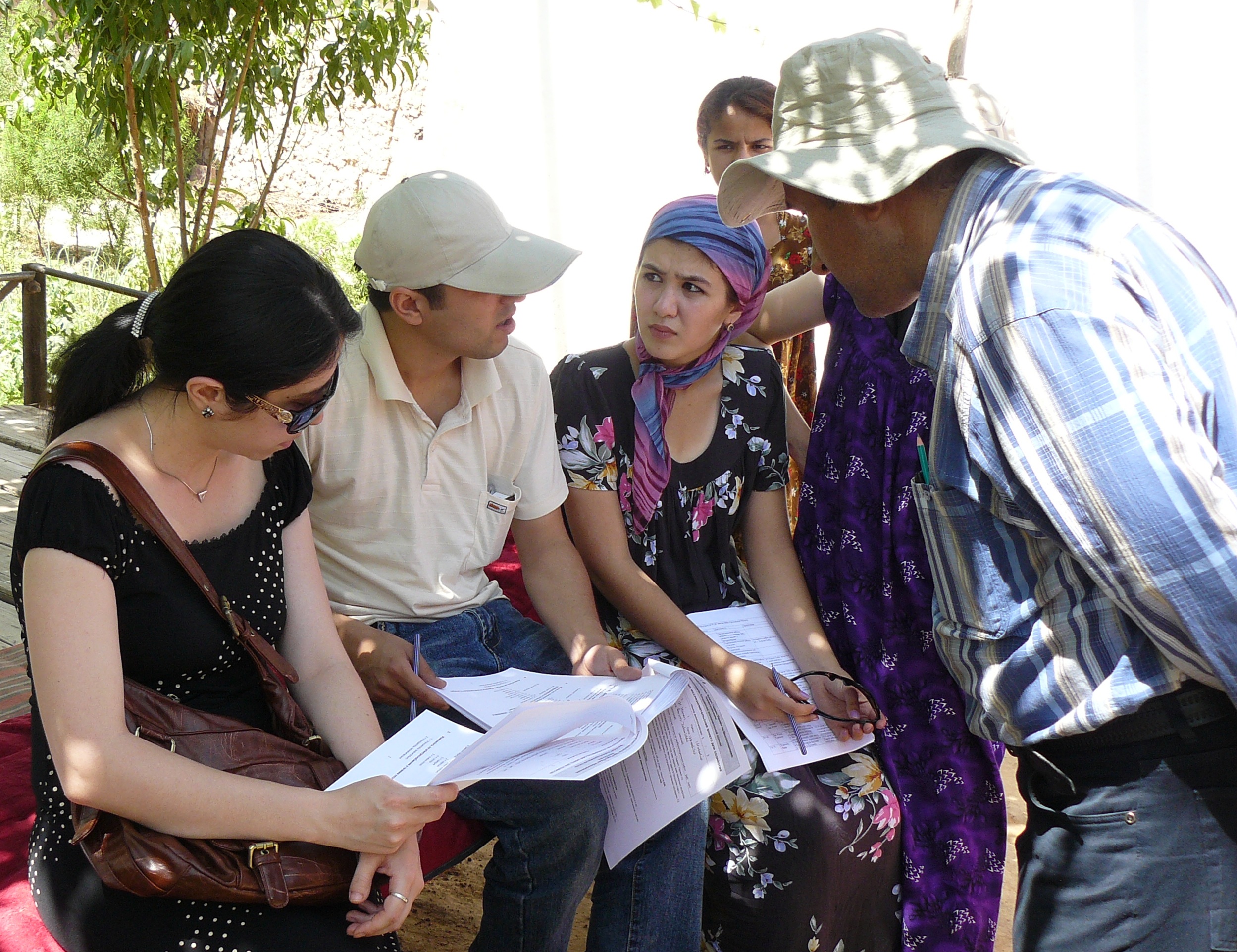 From an ethical standpoint, development cooperation (DC) is usually considered a good thing – especially if it is not tied to economic interests or a foreign-policy agenda and is instead exclusively and selflessly aimed at helping people. However, the power relationship between donors and the people they want to help is asymmetrical. Donors often go to partner countries with high ideals and lots of money. On the opposite side are the local people or partner organisations that need the money. Donors must behave ethically towards the people, who are usually poor and disadvantaged.

In practice, however, donor organisations frequently depend on project staff and external consultants. An organisation and its professionals may have competing interests. Donors usually want projects to be completed fast and effectively. But the experts in the field have to build long-term relationships with the local people. Many also feel bound by the ethical standards required or recommended by their professional organisations (such as a medical association or the AGEE, a German organisation of social anthropologists working in development cooperation).

When priorities differ, ethical dilemmas arise. For instance, most donor organisations and consulting firms include clauses on confidentiality in their contracts. These clauses forbid on-site employees from discussing internal matters with outsiders or publishing accounts of their activities without their employers’ permission. Employees face a dilemma if an external evaluation reveals that a project violates a target group’s basic human rights, but the agency refuses to change the plans. The agency management may be indifferent or afraid of not fulfilling contractual obligations.

Another example: Thousands of people have to be resettled as part of a major infrastructure project which is supported by a donor agency. Unfortunately, it becomes clear that the local government, which has a poor human rights record, is neither taking a diligent, participatory approach nor fully compensating the people as promised. Within the donor organisation, a conflict arises between the employees, who do not want to go through with the project for ethical reasons, and the leaders, who want to stick to the plan. Here too, the employees in question are caught between a rock and a hard place.

Ethical dilemmas do not just affect agencies’ “field staff”. Government officials from donor countries sometimes have to work with the officials in recipient countries who have contributed to causing the poverty that both parties are allegedly trying to eradicate. These officials worsen their countries’ problems by stealing funds intended for development purposes and plundering the state coffers. Many representatives from donor countries would love to follow the example of a UN staffer who told a corrupt West African official exactly what he thought of him 15 years ago. But do confrontations of this kind promote the goal of fighting poverty? Or is cooperation perhaps a better way to improve a country’s policies? The ethical guidelines proposed by the AGEE hope to answer these questions.

The AGEE drafted the first version of the ethical guidelines in 2000. They address basic questions such as the definition of “development” and “participation”. The guidelines also give practical advice on how development workers should treat the people they work with on a daily basis with respect or how to handle the protection of personal data.

The AGEE has recently expanded its ethical guidelines after more than ten years of experience. The experts’ goal was to provide a practical model of ethical behaviour for social anthropologists and everyone working in development cooperation. Individual organisations, moreover, can base their own codes of conduct on the AGEE guidelines.

The Advisory Council on Innovation, part of Germany’s Federal Ministry for Economic Cooperation and Development (BMZ), has also tackled this issue recently. Its members unanimously agreed on the importance of the updated paper and decided that the BMZ and its agencies should act on its suggestions.

Among other things, the expanded guidelines consider a fundamental question, which many development workers have surely asked themselves many times: Can development cooperation be neutral where a country’s economic and political interests are concerned? Don’t donors have to be on the target group’s side? The target groups are those people who are poor, subjected to discrimination or denied the opportunity to participate in society for whatever reason.

“Global responsibility” is another important topic. Development efforts are directed first and foremost at meeting the needs of people in partner countries. But in order to fulfil their “global responsibility”, shouldn’t donors strive to achieve social justice and environmental sustainability – even if the target group is only interested in the former?

The authors of the ethical guidelines oppose cultural relativism, but they acknowledge that collective rights need to be respected when traditional societies are concerned. Collective rights have proven important in the context of resource management. Even today, they often provide a safeguard against social risks. However, the AGEE paper strongly implies that collective rights should not apply if they violate the human rights of individual members of a society.

Not every culture believes in universal human rights. However, the UN’s catalogue of human rights represents humanity’s answer to a shared history that has produced countless victims and universal suffering. A consequence of this history is the shared goal to end human subjugation of all kinds (Müller 2002). Accordingly, human rights violations cannot be viewed as acceptable “cultural practices”.

The ethical guidelines of the AGEE also address conflicts that could arise in an institutional context. They ask, for instance, where employees’ loyalties should lie. Should “corporate identity” always take precedence over “social responsibility”? Imagine the following scenario: does an employee of a development agency have to remain silent if his superiors plan measures that could have serious impacts on disadvantaged people? Or should he find a way to intervene?

Agencies’ codes of conduct often conflict with the guidelines of professional associations. Doctors working for a development organisation typically adhere to the “Hippocratic oath”, a widely accepted ethical commitment in the medical profession. Sociologists and social anthropologists feel bound to the “do no harm” principle. How can these professionals fulfil their ethical obligations if economic interests seem more important? Take the example of a government wanting to build a dam to provide power for the entire country. As a result, the people currently living at the site of the future dam will have to be resettled. If development workers support the opponents of the project, they may face serious professional consequences.

If people working in development accept the AGEE guidelines and adhere to them, they will have a bearing on the practice of development cooperation. The more development professionals accept these principles, the harder it will become to punish those who speak up for poor people living in partner countries.

Frank Bliss is a professor of social anthropology at Hamburg University and co-owner of Bliss & Gaesing, a consulting firm specialising in international development. bliss.gaesing@t-online.de