How sanctions can cause war

In an attempt to salvage the Iran nuclear deal, Germany, France and Britain recently set up a new vehicle of non-dollar trade with the Islamic Republic. The policy is diplomatically valid, but in economic terms it may well prove too little, too late. 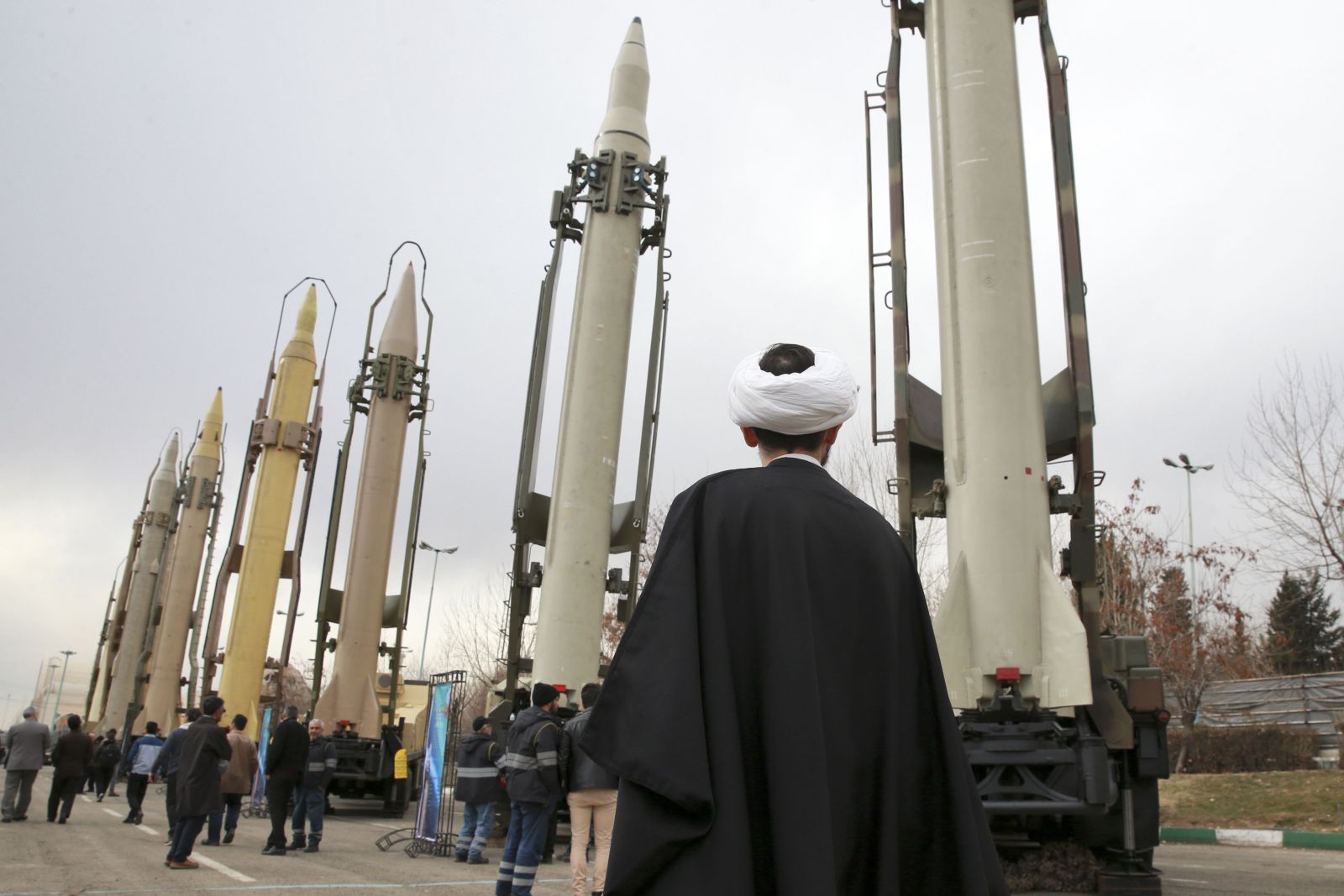 According to a joint statement of the foreign ministers of the three European countries (E3), INSTEX “will support legitimate European trade with Iran, focusing initially on the sectors most essential to the Iranian population – such as pharmaceutical, medical devices and agri-food goods”.

The idea is to allow companies to do business with Iranian partners without using the US dollar. The reason is that recently reinstituted US sanctions do not only target Iran, but its international partners too. Not using the US currency means to circumvent US sanctions. The E3 statement adds that “INSTEX aims in the long term to be open to economic operators from third countries who wish to trade with Iran”.

It will take at least several more months to make INSTEX operational. The scheme is supposed to avert military dangers, but it may prove too little, too late.

The background is that the multilateral nuclear deal that was concluded in July 2015 has become extremely fragile. Back then, Iran agreed with Britain, China, France, Germany, Russia and the USA to curb its nuclear weapons programme in return for the lifting of international sanctions. The agreement is officially called the Joint Comprehensive Plan of Action (JCPOA).

In May 2018, however, US President Donald Trump pulled Washington out of JCPOA. He argued that American interest and security were threatened because the deal neither covered Tehran’s ballistic missile programme nor its “destabilising” behaviour in the Middle East. It is actually not designed to do either, but the Trump administration adopted a policy of “maximum pressure” against the Islamic Republic. Some months after withdrawing from the nuclear deal, the USA reimposed comprehensive economic sanctions on Iran’s oil and banking sector.

In contrast to Washington, the E3 point out that Iran has fulfilled its nuclear-deal commitments. They want the agreement to last, but they have not managed to thwart the impact of US sanctions. Major Europe-based corporations have responded to US pressure by drastically reducing or even ending their business dealings with Iran. Examples include the oil giant Total, the shipping group Maersk, car manufacturers Daimler and Renault, railway company Stadler Rail and pharmaceuticals producer Sanofi. The mass exodus has left thousands of Iranians jobless.

Indeed, the sanctions are taking their toll in terms of reduced oil exports (see box next page), rising unemployment and accelerating inflation. The nation-wide pain has prompted widespread protests and strikes. Most of the people involved blame their economic plight on poor governance, mismanagement and rampant corruption.

The unrest has encouraged the Iranian opposition abroad to intensify their campaigns against the Islamic Republic. In some cases, nostalgia for the rule of Shah Reza Pahlavi, who was toppled by the revolution in 1979, has been articulated. Since his downfall, a Shia Islamist regime has been running the country. Regime-change advocates in Washington hope to benefit from the current scenario, but things may easily turn out worse than they expect.

Iran’s President Hassan Rouhani is currently struggling to contain the political impact. Islamist hardliners who are close to the Supreme Leader, Ayatollah Ali Khamenei, resent him. Now they say that the “moderate foreign policy” of his “centrist” government has failed.

On 31 January, Rouhani admitted that the economic situation is tough. He tried to divert criticism: “Today the country is facing the biggest pressure and economic sanctions in the past 40 years. (…) Our problems are primarily because of pressure from America and its followers, and the dutiful government and Islamic system should not be blamed.”

Fiscal constraints have begun to affect the defence budget. That is unusual – particularly in times of growing international and domestic pressure – and can only be explained with fiscal bottlenecks. President Rouhani presented relevant plans in parliament in late December. The defence budget for the next fiscal year (21 March 2019 to 20 March 2020) will amount to the equivalent of almost $ 15 billion. That is 16 % less than in the current fiscal year. The defence budget includes spending for the Revolutionary Guards, the army, the police and all other kinds of security forces.

At this point, Tehran arguably lacks a coherent and long-term strategy to cope with the Trump administration’s “maximum pressure” policy. On the one hand, the Supreme Leader has repeatedly called for the development of a “resistance economy”. He wants to wean Iran off global trade and international finance. In his view, part of such a “self-sufficiency” strategy is to systematically boost domestic production, supply and demand. An obvious problem, however, is that, in lack of oil revenues, Iran does not have the financial means to kick-start such dynamism.

On the other hand, the Rouhani administration is doing its best to discredit the Trump administration’s confrontational policy. They want to drive a wedge between the USA and the EU in regard to how to interact with the Islamic Republic. They got a boost on 3 October, when the International Court of Justice (ICJ) ordered the USA to ensure that sanctions against Iran do not affect humanitarian aid or the safety of civil aviation. Although unenforceable and rejected by US Secretary of State Mike Pompeo, the decision by the United Nations court encouraged the Iranian leadership to stay defiant.

Some hardliners want to do more. They are planning a revival of Iran’s “look East” policy that was pursued in the latter part of Mahmoud Ahmadinejad’s presidency (2005 to 2013). Now as then, the idea is to cooperate with Russia and China in order to reduce the economic impact of western hostility. To Tehran’s disappointment, however, neither Russia nor China have shown willing to sacrifice geo-strategic advantages in order to protect Iran from western pressure.

Indeed, both powers tend to use Tehran as a bargaining chip in international affairs. Like the E3, however, they insist on the nuclear deal staying in force. Apart from that, Iran looks increasingly isolated.

To continue business exchange, moreover, the E3 want Tehran to implement the requirements of the multilateral Financial Action Task Force (FATF). Among other things that means passing laws against money laundering, the financing of terrorism and transnational organised crime. According to Majid Reza Hariri, a member of Iran-China chamber of commerce, most countries now share the E3’s stance.

Accordingly, President Rouhani wants the parliament to pass bills in order to meet the FATF conditions, but powerful hardliners are obstructing their passage. They say the bills would infringe on Iran’s national sovereignty and hinder its support for such Islamist groups as Hezbollah in Lebanon and Hamas in the Palestinian territories. Iran’s Revolutionary Guards are involved in Syria’s civil war and the regime is waging a proxy war against Saudi Arabia in Yemen.

So far, E3 action on establishing the special trading vehicle has been valuable in diplomatic but not economic terms to protect the nuclear deal. Iran’s economy is deteriorating daily. No doubt, hardliners are eager to restart the nuclear weapons programme – especially because they see they know their power is more at risk today than at any time since the revolution 40 years ago. Rouhani may soon prove either unable or unwilling to prevent new nuclear activity – and the consequence could be a devastating war. It would ravage the entire Middle East and, most likely, world regions beyond it.

Maysam Behravesh is a freelance journalist and a PhD candidate in political science at Lund University in Sweden.
Twitter: @behmash

Putin’s attitude is imperialist and his mindset paranoid