Prostitution is illegal in Kenya. However, many foreign men and women indulge in sex tourism, especially along the ocean coast. Many young women and men make money this way. Even thousands of girls and boys are involved in child prostitution. 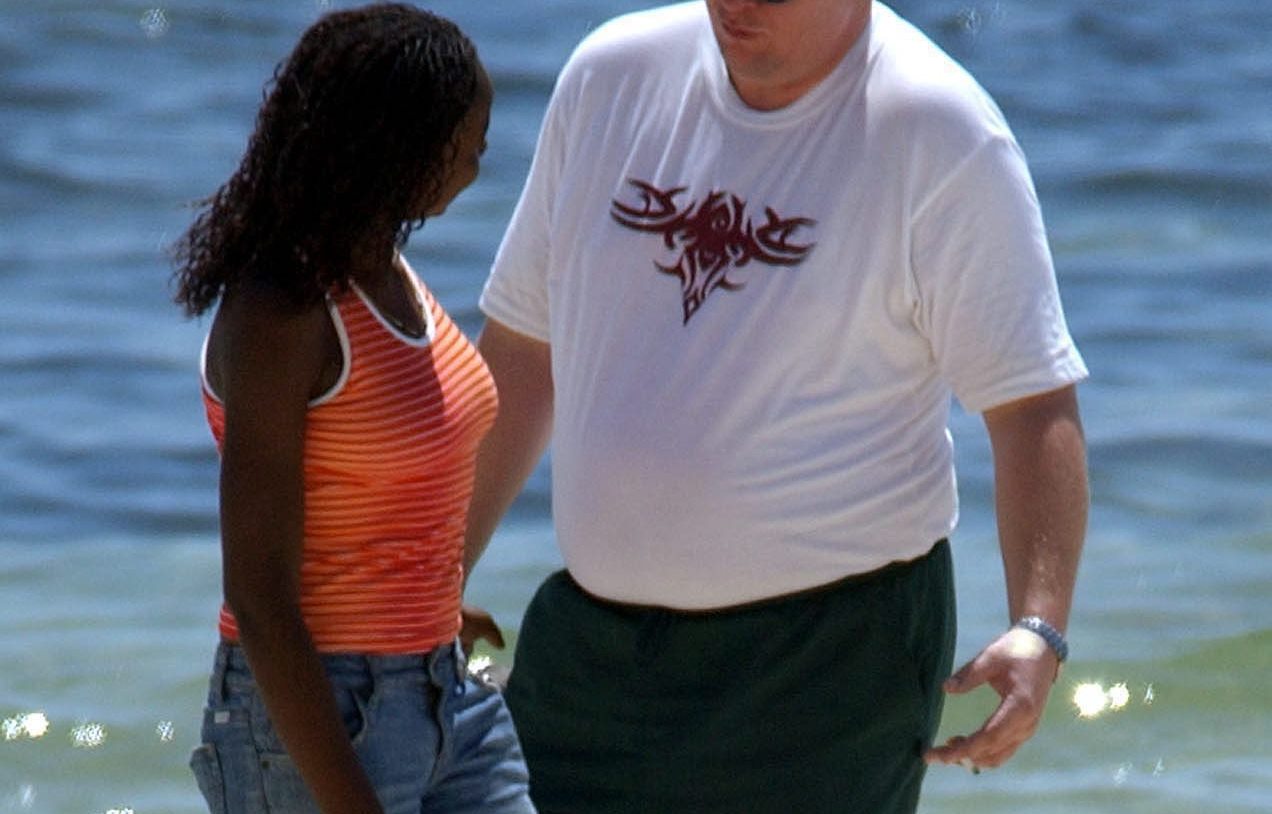 epa Stephen Morrison/picture-alliance/dpaweb/dpa Not an innocent beach encounter in Mombasa.

Denis Nzioka, an independent human-rights defender and gender-rights activist, says that there are issues of human trafficking, slavery and exploitation.

Kenya’s coastal areas around Malindi, Mombasa, Kilifi and Diani are frequented by many tourists. This is a region where many local people belong to particularly poor communities. Tourism is thriving, but the industry has failed to deliver significant benefits and employment to many people. Poverty makes many individual persons, including underage boys and girls, vulnerable to sexual exploitation – as is the case in other countries with massively deprived people as well (see essay by Katja Dombrowski) .

It matters that child labour is generally accepted in coastal communities. This common attitude makes it more likely that youngsters drift into transactional sex. Often, they only get no more than some pocket money. Many young girls have reported that they begin to work in local bars, gain experience and appreciate additional money. They buy clothes and accessories and afford new hairstyles, all of which make them more attractive to tourists.

Sex tourism attracts both male and female clients. According to a UNICEF report of 2006, tourists who exploited minors for sex came from various countries: 18 % were stated to be from Italy, 14 % from Germany and 12 % from Switzerland.

Mombasa County has an anti-sex-tourism law. Activist Nzioki also appreciates the special task force that has been established to raise awareness among parents and brothel owners not to use children. It includes community members and police officers, and also has a mandate to track tourists suspected of sexually abusing minors. It is legally awkward, however, for the task force to engage in a constructive way with brothel operators. After all, their entire business is illegal – and not only the abuse of minors. The irony is that prostitution is an age-old phenomenon in a port town like Mombasa.

Nzioki says that legalised sex work would be preferable, creating situations in which one person offers services in exchange for money to another without being controlled by a mafia. It would make sense to have clear demarcations between the phenomena of prostitution, abuse of minors and human trafficking/slavery. (ga)


Links:
Denis Nzioka:
https://www.denisnzioka.co.ke/
UNICEF, 2006: The extent and effect of sex tourism and sexual exploitation of children on the Kenyan Coast.
http://www.childtrafficking.com/Docs/extent_n_efect_1007.pdf