Birth rates are declining in some of the countries of sub-Saharan Africa. Under certain conditions, this can help promote economic development. Good strategies are needed for development to be achieved in line with climate and environmental goals. 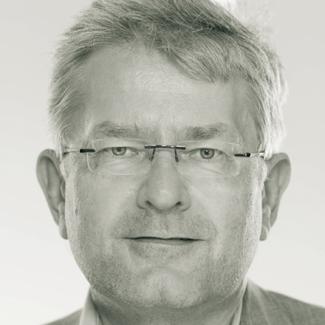 contributed to D+C/E+Z in winter of 2022/2023 as a researcher at the Federal Institute for Population Research in Wiesbaden, Germany. 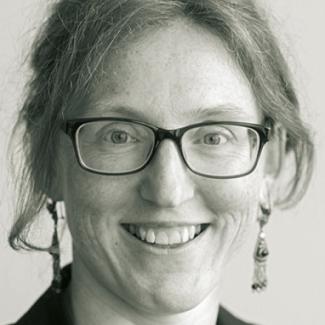 contributed to D+C/E+Z in winter of 2022/2023 as Professor of Empirical Social Research at Ostbayerische Technische Hochschule Regensburg and a spokesperson for the “Migration, Integration, World Population” working group of the German Society for Demography (DGD). 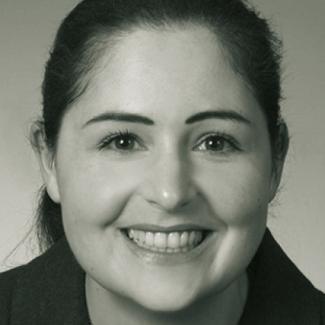 contributed to D+C/E+Z in winter of 2022/2023. She is head of the “Social Development, Migration, Integration” department of the Academy for Politics and Contemporary Affairs at the Hanns-Seidel-Foundation and spokesperson for the “Migration, Integration, World Population” working group of the German Society for Demography (DGD). 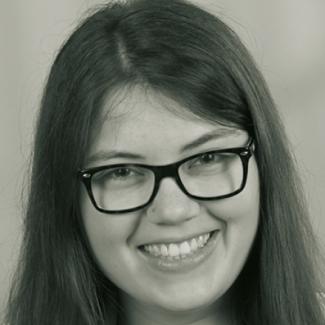 contributed to D+C/E+Z in winter of 2022/2023. She is working for the German development agency GIZ (Deutsche Gesellschaft für Internationale Zusammen­arbeit). 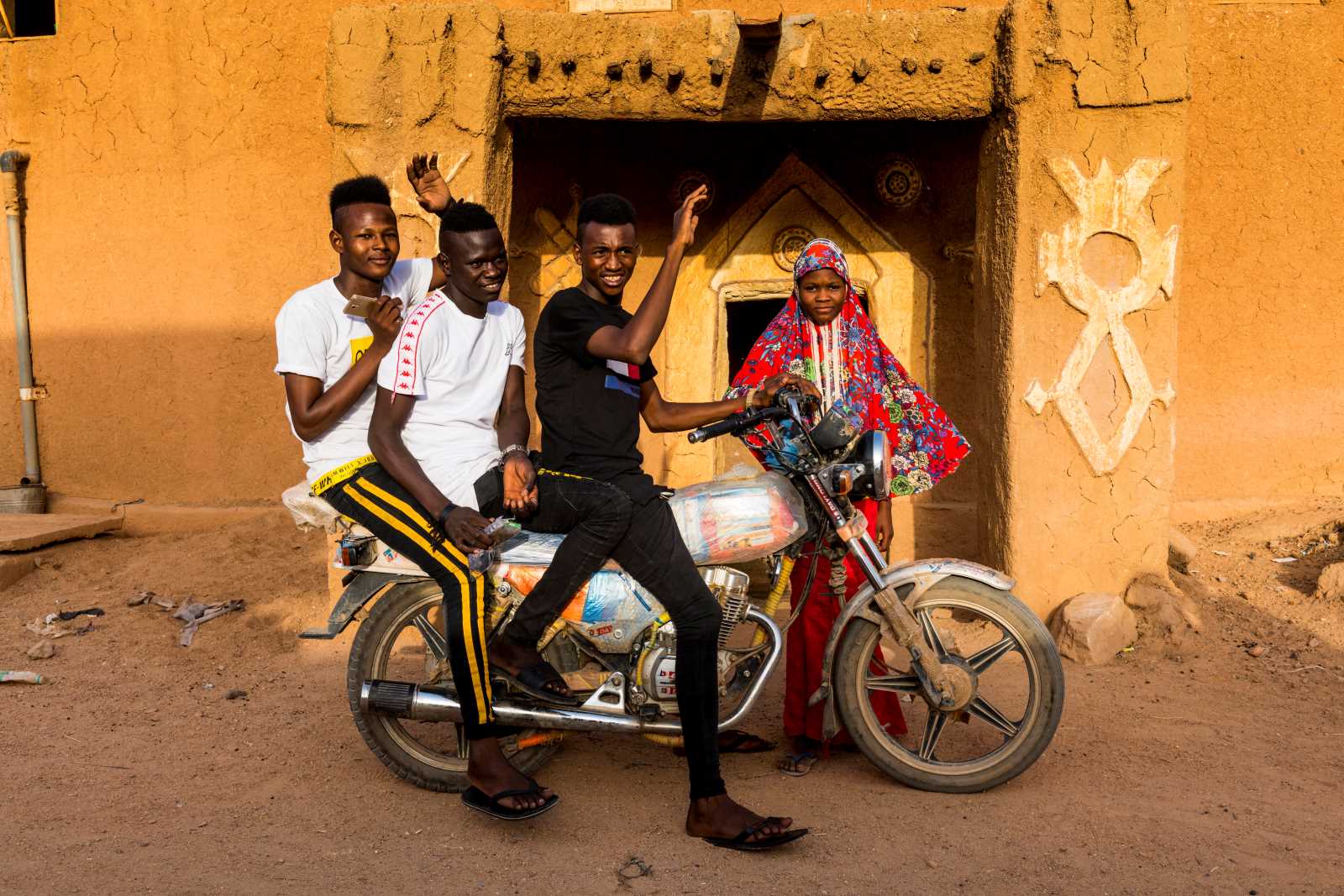 picture-alliance/imageBROKER/Michael Runkel Young people in Niger. The country has one of the youngest populations in the world.

Reconciling global population growth with sustainable development is one of the most critical issues humanity is facing. However, we are running out of time to achieve this goal. The climate crisis, biodiversity and ecosystem loss are advancing. At the same time, global resource consumption takes place on a massive scale.

Due to high birth rates, the world’s least developed countries have a very young age structure. Around 60 % of the population are less than 25 years old. In many of those countries, the population continues to grow, but with a decreasing trend. This opens up economic opportunities: if there is a decline in the number of births per woman in the wake of strong population growth, the proportion of people of working age in the population as a whole generally rises. This means there are more people available to drive the economy. Society has to take care of fewer children and elderly. This potential economic benefit of a demographic shift is called “demographic dividend”.

Moving from crisis to dynamism on Sahara’s southern edges

However, a favourable age structure alone does not necessarily produce a demographic dividend. A number of factors may be involved in generating the kind of demographic capital that yields dividends that can improve people’s living conditions. Identifying those factors has been a long-standing focus of discussion. What is clear is that a high proportion of people in employment can promote economic development, if at the same time:

That, at least, is what is promised by development concepts based on classical economic growth theory. In the past, demographic dividends were observed in a number of countries in Asia, including the “tiger economies” of South Korea and Taiwan.

Today, birth rates are falling in many countries across sub-Saharan Africa. In Ethiopia, fertility has fallen from more than seven children per woman in 1990 to just four children today. The average for the region is 4.5 children. Whether this will culminate in a medium-term demographic dividend depends, among other things, on how fertility will fall in the future and to what extent investment in human development will take place. Consequently, the African Union (AU) focuses on investing in youth, so that African countries will benefit from population growth. This issue was also stressed by experts participating in a virtual conference at the university of applied sciences in Regensburg (Ostbayerische Technische Hochschule Regensburg), Germany, at the end of 2021. The conference was organised by the “Migration, Integration and World Population” working group of the German Society for Demography in cooperation with the Federal Ministry for Economic Cooperation and Development (BMZ), development service provider GIZ, Federal Institute for Population Research (BiB) and University of Koblenz-Landau (UKL).

The conference also discussed a dilemma presented by demographic-fuelled economic development – the fact that it often gives rise to higher resource consumption and more emissions. This was the case with conventional industrialisation. It brought prosperity to many in the past, but it also meant that responsibility for around half of global warming today lies at the door of just 10 % of the human race – namely the world’s wealthiest. Resource consumption by today’s fastest-growing populations hardly contributes to the climate crisis at all.

It is hardly realistic for sub-Saharan Africa to achieve sustainable development through conventional industrialisation. On the one hand, the population continues to grow despite falling fertility rates; on the other, global sustainability limits have already been far exceeded as a result of the historical development of industrialised and emerging economies. Any such strategy for sub-Saharan Africa must therefore be viewed critically.

One way to realise economic development sustainably without following the same resource-intensive development path as industrialised countries is by “leapfrogging”. This means skipping certain stages of development, as happened in Nigeria, for example, with telephone infrastructure. The country leapfrogged landline-network development. Instead, mobile-phone contracts proliferated, creating direct opportunities for mobile-bank accounts.

Lots of small steps in different areas of development could contribute to climate-friendly growth. But many African countries are likely to find it difficult to replicate the surging development of economies in Asia. This is particularly true of countries still suffering from the consequences of civil wars and other conflicts. But whatever the environment, respect for sexual and reproductive rights should be guided by the principle of human rights.

In some African countries attitudes towards family planning are changing, as experts at the Regensburg conference pointed out. In Ethiopia, for instance, access to information on sexual and reproductive health has improved school enrolment and completion rates, especially for girls.

The need for sex education is high among young Africans, and the desire for fewer children and later pregnancies is widespread. However, every second woman in sub-Saharan Africa who wishes to use contraception has no opportunity to do so. There is a lack of services for young people, for example at health stations. These problems should be addressed. It would contribute to a sustainable population development based on respect for human rights and gender equality.

Frank Swiaczny is a researcher at the Federal Institute for Population Research in Wiesbaden.
frank.swiaczny@bib.bund.de

Sonja Haug is Professor of Empirical Social Research at Ostbayerische Technische Hochschule Regensburg and a spokesperson for the “Migration, Integration, World Population” working group of the German Society for Demography (DGD).
sonja.haug@oth-regensburg.de

Susanne Schmid is head of the “Social Development, Migration, Integration” department of the Academy for Politics and Contemporary Affairs at the Hanns-Seidel-Foundation and spokesperson for the “Migration, Integration, World Population” working group of the German Society for Demography (DGD).
schmids@hss.de

Sabrina Gabel is working for the German development agency GIZ (Deutsche Gesellschaft für Internationale Zusammen­arbeit). Until recently, she was part of a project focused on population dynamics, sexual and reproductive health and rights. The article reflects the author’s personal opinion.
sabrina.gabel@giz.de

How social-protection systems matter in the climate crisis