Argentine beef is not what it used to be

In the early 20th century, Argentina was the second biggest exporter of beef worldwide. This has changed dramatically.

contributed to D+C/E+Z in autumn 2015 as a journalist from Córdoba, Argentina. 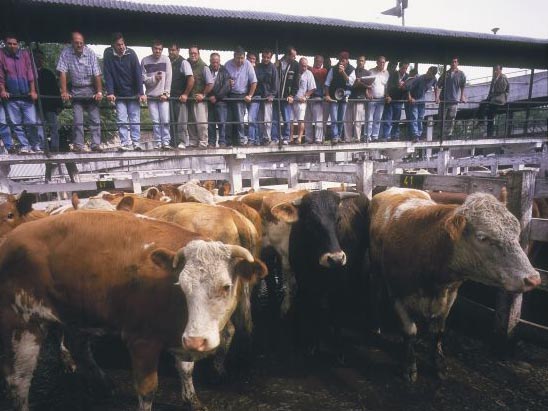 In the 1970s, there still were 60 million cattle in Argentina, but the number has been around 50 million since the early 1990s. Today, stockbreeding is driven by 90 % on domestic demand. There are political initiatives to make Argentina an internationally leading beef exporter again. The government has plans to increase the cattle stock from 49 to 54 million heads by the year 2020. This will mean even more intensive production and more environmental destruction.

Regional patterns are changing too. In 1994, the Pampa grassland region in the middle of the country had 60 % of cattle livestock. In the meantime the share has gone down to 55 %. On the other hand, the north of the country now has 37 % of all livestock. To make space for animal production in this region requires the destruction of forest land. Today, the country still has 20 million hectares of virgin forests, but the forest law allows 60 % to be converted into cattle grazing land. In the past decade, 3 million hectares of forest were destroyed.

According to the Cámara de la Industria y Comercio de Carnes y Derivados (the chamber of commerce for meat and meat derivatives) Argentinians consumed almost 60 kilos of meat on average last year. The country has 40 million inhabitants. The meat, however, is not of the same quality as in the past. In 2009, even the Instituto de Promoción de la Carne Vacuna, the institute of beef promotion, admitted that fattening in a corral was part of producing some 75 % of the meat sold in Argentina. (lr)