Gavi, the Vaccine Alliance, and the Global Fund to Fight AIDS, Tuberculosis and Malaria have helped save millions of lives. They have succeeded in part by encouraging recipient countries to take the lead and by involving civil society in their efforts.

contributed to D+C/E+Z in autumn 2016 as senior media manager for ONE in Germany. 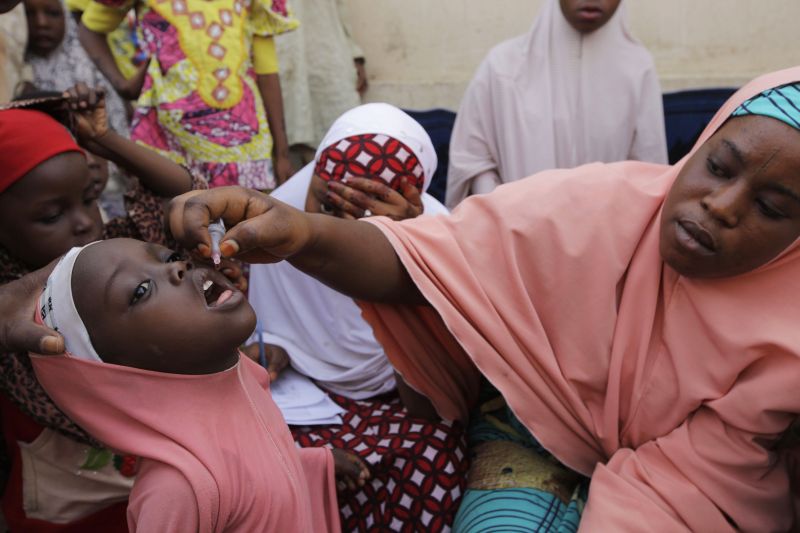 In 2000, the UN adopted eight Millennium Development Goals, one of which aimed to reduce child mortality by two-thirds between 1991 and 2015. At the time, almost 10 million children around the world were dying before their fifth birthday. Southern Africa was the worst affected world region. In the same year, the UN Security Council identified HIV/AIDS as a threat to global security for the first time. Millions of people were dying of AIDS. Of the 28.6 million people infected with HIV, only about 700,000 were receiving life-prolonging antiretroviral medication. Another Millennium Development Goal thus focused on fighting HIV/AIDS and malaria. Any measure necessary to stem the spread of these diseases was welcome.

In order to achieve these goals, Gavi, the Vaccine Alliance, was founded in 2000. Two years later, the Global Fund to Fight AIDS, Tuberculosis and Malaria was set up. Gavi’s objective is to overcome global in-equalities in terms of vaccine access, making vaccines available in order to reduce child mortality. The Global Fund focuses on financing prevention and treatment programmes in the fight against AIDS, tuberculosis and malaria.

Both organisations target the poorest and worst-affected countries in the world. They strive to improve national and international funding, anchor their programmes in the communities concerned, make vaccines and medications more accessible and affordable and make pharmaceutical supplies more reliable.

Developing countries define their own needs and objectives. Aid is not distributed according to bilateral agreements between a government and a large number of donor countries and aid organisations, as this approach often overwhelms developing countries. Instead, funds are collected by a specialised agency and allocated according to commonly agreed goals. This approach reduces transaction costs and leads to greater efficiency.

To get support from the Global Fund, a developing country must set up a partnership called “Country Coordinating Mechanism”. These partnerships ensure the appropriate involvements of governments as well as non-governmental organisations, academic institutions, private-sector businesses and grassroots people who are affected by the three diseases. Civil society is thus directly involved in decision making. The partnerships are also tasked with overseeing the projects’ implementation.

Gavi provides vaccines to developing countries, supporting those countries’ objectives and strategies rather than competing with them. Gavi cooperates with state agencies as well as with civil-society organisations. It is often necessary to provide essential infrastructure like refrigerated trucks, refrigerators and solar equipment for power generation. Training local medical staff and educating people about the importance of vaccination are similarly important. Moreover, Gavi works hard to win the support of policymakers.

Both the Global Fund and Gavi encourage recipient countries to take the lead. When accepting investments from the Global Fund, countries are required to commit some of their own money as well. Accordingly, countries’ share of funding for relevant measures has risen considerably. The countries themselves now bare more than half of all the costs associated with fighting HIV. In the fight against tuberculosis, the share is three-fourths and in combatting malaria one quarter. According to Gavi’s approach, all countries should eventually fund their immunisation programmes entirely on their own. Today, 14 countries are already financing at least one immunisation programme themselves, while four countries that earlier received Gavi support are now able to fund all of their immunisation efforts: Bhutan, Honduras, Mongolia and Sri Lanka.

Gavi’s goal is to provide every child with the vaccines he or she needs at an affordable price. Gavi pools the demand for vaccines from developing countries and can make long-term planning safe for pharma producers thanks to donor funding. Therefore, more pharma companies are now offering lower-cost vaccines. In 2001, Gavi cooperated with five vaccine manufacturers in five countries; today, the organisation works with 16 manufacturers in 11 countries. Many of the companies are located in developing countries and emerging markets, including Senegal, India and Indonesia.

Because of Gavi, competition has become tougher in the vaccines market. As a result, prices have dropped. In 2010, it cost $ 35 to fully vaccinate a child in accordance with the recommendations of the World Health Organization (WHO). By 2015, the cost had gone down to only $ 20. Above all, this reduction is due to the reduced price of the rotavirus vaccine, which protects children from a disease that causes severe diarrhoea. The price for this vaccine went down by 70 % in five years. The cost of the pentavalent vaccine, which provides protection against diphtheria, tetanus, pertussis, polio and Haemophilus influenzae type b (Hib), has declined by 43 %.

Since it was launched, the Global Fund has become the most important financial instrument in the fight against AIDS, tuberculosis and malaria. It has helped save the lives of 20 million people since 2002. Live-saving medications were delivered to 9.2 million people living with HIV and AIDS. Moreover, treatments were administered to 3.6 million pregnant women, so they did not transmit the virus to their unborn children.

The Global Fund also finances half of all malaria programmes. Around the world, the number of deaths caused by malaria declined by 48 % from 2000 to 2015.

The Global Fund’s latest replenishment conference was held in Montreal in mid-September. Donors pledged almost $ 13 billion to finance the Fund’s work from 2017 to 2019. The additional financing will help save 8 million lives, prevent 300 million new cases of the three diseases and mobilise $ 41 billion of recipient countries’ own funds.

Gavi is a similar success story. Since its founding, 580 million children have been vaccinated, which means that over 8 million lives were saved. The world has witnessed a 50 % decline in child mortality since the 1990s, and Gavi contributed to making that happen. In the countries where the vaccine alliance operates, child mortality declined significantly. The number of deaths per 1,000 live births fell from 76 in 2010 to 63 in 2015. Gavi hopes to immunise 300 million children from 2016 to 2020, thus potentially saving 5 to 6 million lives.

Karoline Lerche is senior media manager for ONE in Germany.
karoline.lerche@one.org