Violent behaviour is learned. It is reinforced by patriarchal structures and a belief in male superiority. A civil-society organisation in Bolivia is taking preventive action by making young people reconsider gender roles.

contributed to D+C/E+Z in summer 2019 as a peace and conflict researcher and Weltfriedensdienst cooperation partner assigned to the Centro Juana Azurduy as a peace worker on the project “Women for a Culture of Peace”.

contributed to D+C/E+Z in summer 2019. He is a clinical psychologist at the Centro Juana Azurduy working with male perpetrators in an intervention project aimed at breaking the cycle of domestic violence. 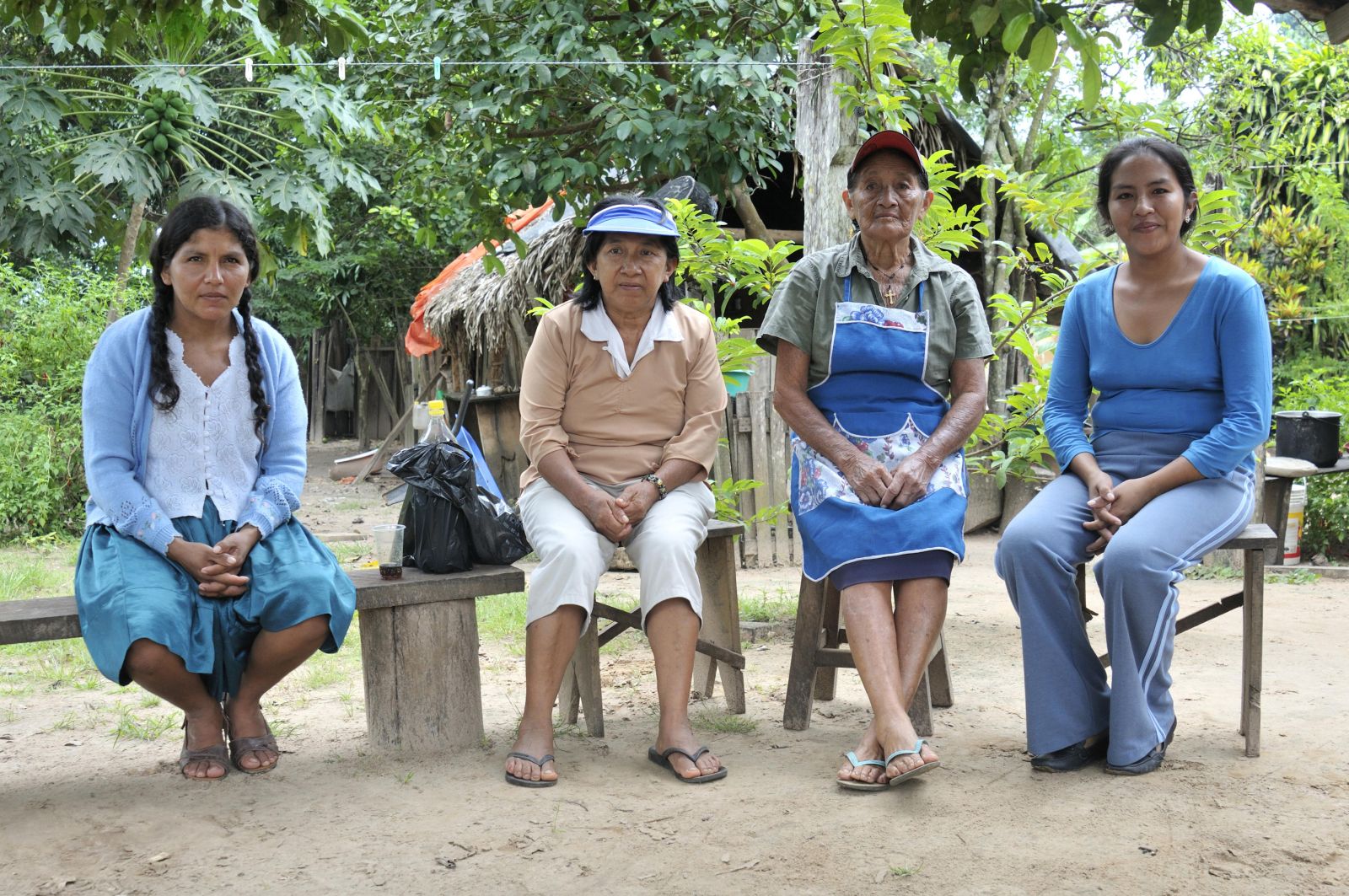 Violence is not an innate biological characteristic; it is learned – like so much else – in the socialisation process. The psychologist Philip G. Zimbardo defines socialisation as “life-long learning and personal reproduction of socially acceptable behaviour patterns, values and norms”. Attempts to prevent violence must thus focus on aspects of socialisation.

Gender plays a significant role in any socialisation process, especially when the results include violent individuals or communities. Within the field of women’s and gender studies, there is a broad consensus that gender is a social construct. According to gender researcher Judith Lorber, the construction of gender is a “social institution” based on three structural principles:

Socialisation takes place in the family as well as in societal institutions such as school, state, media and church. In most societies, the process is influenced by patriarchy, a social system in which men have a privileged position. The system is thus based on an unequal power relationship between men and women.

Traits such as empathy, sensitivity, devotion and altruism are assigned to the female role, while features like superiority, dominance and looking down on women are associated with the male role. Internalisation of these roles undermines women’s self-confidence and causes them to underestimate their abilities. At the same time, stereotyped gender roles make it hard for men to identify their own needs. All too often, they are unable to recognise and communicate feelings like grief, fear or shame. They even fail to see them in others.

Sociological research shows that structural and individual violence are parts of the hegemonic male role – even though it varies, depending on historical context and in interaction with other markers of “identity” such as class, ethnicity, religion and region.
Masculinity and violence
Studies by the UNODC (United Nations Office on Drugs and Crime) show that men “are much more likely than women to be both perpetrators and victims of diverse forms of interpersonal violence”: men commit 95 % of murders and account for 81 % of the victims.

Even though women and girls make up a far smaller percentage of murder victims, they are disproportionately represented worldwide as victims of gender-based violence – in all its forms from domestic violence to femicide. In 2017, the UNODC found that 137 women and girls a day died as a result of violence by a relative or partner.

In some parts of the world, the World Health Organization (WHO) says between one and two-thirds of women become “victims of physical and/or sexualised violence” at some point in their lives. The ratio indicated for Bolivia is an astounding 75 %.

The way in which gender roles are defined and learned has a crucial bearing on the development of violence. Without critical analysis of how genders are socially constructed, violence prevention can have only limited impacts.

Centro Juana Azurduy (CJA) is a civil-society organisation based in Sucre. It has worked for nearly 30 years on strengthening women’s rights. One of the focus issues is preventing and prosecuting gender-based violence. “Gender role assignment is highly polarised in Bolivia, and that is clearly visible in everyday life,” says Martha Noya, the CJA director. She points out men’s structural privileges, an idealisation of violence and the fact that men often use violence as a first resort – whether in domestic conflict situations or elsewhere. CJA worker Lila Carrasco bemoans that violence is commonplace both within the family and in Bolivian society generally.

Noya stresses the need to consider different perspectives when analysing violence and conflict. The country’s social movements, she says, are not aware of gender perspectives. They almost exclusively see conflicts in terms of class and ethnicity. Nonetheless, women’s rights activists have made a difference.

In light of the patriarchal structure of Bolivia’s state, CJA tries to strengthen equal participation of women in socio-political affaires. Today, 51 % of all elected political offices are held by women. According to Gretel Lambertin, who is in charge of CJA’s advocacy work, that results from “a long hard fight by the women’s movement”. She considers it a sign of “very important progress”.

Structural equality needs to be achieved within political parties and organisations. Otherwise, policies to prevent acts of violence and punish perpetrators will not be implemented. One strategy is to strengthen women’s knowledge and skills so that they can adopt a feminist perspective as political office-holders. With an eye to achieving that, the CJA is running pioneering courses at a political-leadership school in Chuquisaca Department. The course focuses on deconstructing and reconstructing gender roles in patriarchal Bolivian society. The idea is to strengthen participants’ self-confidence and communication skills, raise awareness of socio-political dynamics in Bolivian history and promote the attitudes and capacities that enable people to resolve conflicts by non-violent means.

The CJA has years of experience in youth violence prevention. The project “Super Defensores” (“Super Defenders”) is based on an educational concept, with youngsters teaching one another about their rights, including the one to physical self-determination. They learn to understand gender stereotypes, for instance, and how to prevent violence at school. In the 14 years since the project was launched, more than 50,000 children have profited from it.

As elsewhere, social media play an increasingly significant role in gender socialisation in Bolivia. Ana Lilian Ortega is a journalist and heads the CJA radio station “Radio Encuentro”. She believes that most Bolivian media convey “violent, racist, misogynist messages”. In her eyes, the way “femicide and other forms of gender violence are reported leads to more violence”. She thus sees a need for “action to help youngsters make conscious and critical use of such media” and wants the media to opt for anti-violence approaches in reporting.

For this goal, CJA is strategically upgrading its radio operation to a multimedia format, using social media like Facebook, Twitter or Instagram as additional channels. It encourages young people to participate as protagonists in the radio programme and to interact with others on the various platforms. Ortega explains that young people are involved in the development of the programme on issues such as partnerships, sexual relations and racist or sexist discrimination. The goal is to trigger “reflective processes among the public”.

Conceptual debate and research as well as 30 years of CJA experience allow the following conclusions to be drawn:

Britta Wiemers is a peace and conflict researcher and Weltfriedensdienst cooperation partner assigned to the Centro Juana Azurduy as a peace worker on the project “Women for a Culture of Peace”.
wiemers@wfd.de
Weltfriedensdienst e.V.:
https://wfd.de/

Henry Cervantes is a clinical psychologist at the Centro Juana Azurduy working with male perpetrators in an intervention project aimed at breaking the cycle of domestic violence.
hcervantes@centrojuanaazurduy.org

Pulling the levers of power in Bolivia