The Green Climate Fund (GCF) is an important institution for ensuring that the obligations under the Paris agreement are met. Moreover, it is setting important standards for global climate finance by involving the private sector in new ways, strengthening country ownership and committing to sustainable development and gender equality. However, the financial viability of the fund is by no means guaranteed in the long run.

last contributed to D+C/E+Z in summer of 2019 as the associate director of the Heinrich Böll Foundation North America. The foundation is close to Germany’s Green Party. 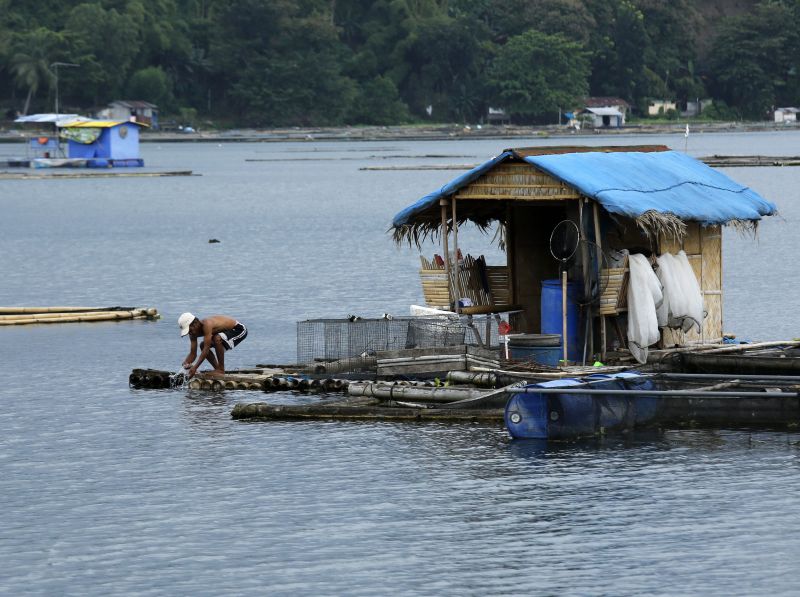 At the climate summit in Bonn in November (COP 23), Fiji will be the presiding country. It is striving for an agreement to spend more money on adaptation to climate change in the countries at greatest risk. In this context, the GCF has a key role to play. Many developing countries that need financial support to implement their nationally determined contributions (NDCs) to climate action are pinning their hopes on it.

The GCF is accountable to the COP and operates under its guidance. It is currently the largest multilateral climate fund, with financial pledges totalling $ 10.3 billion. It can and must deliver major impulses for global climate finance. Its signalling function is not primarily due to its financial clout – which is comparatively modest compared with the trillions in public and private investments that are needed to keep global warming below two degrees Celsius. The GCF’s great relevance mainly rests on its guidelines that demand:

The GCF was established at COP 16 in Cancún in 2010. It is based on the pledge made by the industrial nations to provide developing countries with climate finance worth an annual $ 100 billion by 2020, relying on public as well as private financial inputs. According to a clause of the Paris agreement, financing commitments must rise after 2025.

A few weeks before the COP in Paris, the GCF’s governing board, which has an equal number of members from developing and developed countries, approved the first batch of project proposals. The Fund thus became fully operational in October 2015. The GCF’s governing document remained vague on how much of the promised $ 100 billion a year would flow through the GCF, but it did state categorically that “a significant share of new multilateral adaptation funding” must be channelled through the GCF. According to the GCF allocation framework, 50 % of the money must be used for emissions reductions and 50 % for adaptation. Moreover, half of all adaptation funding is reserved for small island developing states (SIDS), African countries and least developed countries (LDCs).

Vigilance and assertive management are needed to ensure compliance with these commitments. After five rounds of proposal approvals since October 2015, the GCF project portfolio showed a clear imbalance towards emissions reductions in July this year. Mitigation projects accounted for around 66 % of all funding committed. Around a third of all approved funding was earmarked for cross-cutting, in which, however, mitigation expenditures clearly predominate. Decisions for project proposals amounting to $ 600 million worth of GCF funding were expected in late September 2017, but they were not likely to change the ratios dramatically.

When this essay was finalised in mid-September, around 53 % of approved GCF funding was committed to projects and programmes that benefit the private sector. This focus is deliberate. The GCF believes that private-sector involvement will guarantee long-term support from developed countries. These countries hope that GCF co-financing deals will leverage private-sector investments and thus secure a growing volume of private funding to fulfil the climate-finance obligations by 2020.

In July, two GCF pilot programmes for the private sector (with a combined worth of $ 700 million) had issued request for proposals. Private-sector actors can also access GCF funding directly. Of 54 implementation partners the GCF had accredited by July 2017, seven were private enterprises, including a number of major multinational banks.

According to a provision in the GCF Monitoring and Accountability Framework, partners’ renewed accreditation after five years depends on their progress in phasing out their involvement in fossil-fuel investments. This measure is meant to drive the decarbonisation of partners’ investment portfolios. The speedy operationalisation of this provision is thus an important criterion for assessing the ability of the GCF to contribute to the implementation of the Paris agreement.

The GCF gives those developing countries that are worst affected by global warming important new access to international climate finance – in spite of, and in some cases even because of, its private-sector focus. The board, which includes special seats for one member from an SIDS and one from an LDC, has already made significant sums available for LDCs, SIDS and African states: 84 % of the $ 2.2 billion of GCF funding approved by July 2017 support projects and programmes in these countries, and so does 77 % of adaptation funding. More than half of all funding proposals in the pipeline for next year, moreover, concern SIDS, LDCs and African recipient countries.

Country ownership is a guiding principle of the GCF. It means that recipient countries must set funding priorities and oversee the implementation of measures in line with their policies. Accordingly, the board has therefore committed to priori­tising national and regional implementation partners which have direct access to the fund in regard to accreditation and project proposals. Direct access means that they need not submit proposals through one of 27 accredited international organisations, including multilateral development banks or UN agencies. As of July, 27 of the 54 partners had direct access.

A GCF pilot programme worth $ 200 million is testing what is called “enhanced direct access” (EDA). Under EDA, some funding decisions will be made at the national level. A pilot project is currently being implemented in Namibia.

Moreover, the GCF supports the accreditation of national implementing entities and the development of their project proposal pipeline through a readiness and preparatory support programme. It had committed $ 34 million to this programme by July 2017. Some 165 projects in 105 developing countries are set to benefit. The programme is designed to strengthen national designated authorities (NDAs) and focal points, which act as links between recipient countries and the GCF. These agencies are supposed to take the lead in the drafting of GCF country programmes and the development of project concept notes. They must ensure that all stakeholders in a country are represented and allowed to participate in the process.

This summer, the board endorsed a reform of the project-approval process as well as country-ownership guidelines. The idea is to further strengthen country ownership. NDAs and national focal points must approve each project for implementation in their country before the board can consider a proposal. In many countries, however, NDAs and focal points are inadequately equipped for their tasks so far. The GCF’s success will thus depend on providing them with continuous support and technical assistance from an expanding GCF secretariat.

Though the GCF is an important institution for ensuring the implementation of the Paris agreement, its future financial viability is by no means guaranteed. The USA had pledged $ 3 billion, of which $ 2 billion are outstanding. Since US President Donald Trump has announced his nation’s withdrawal from the Paris agreement in June, this money is unlikely to flow in the next few years. Some observers worry that other major donor countries – including Japan, Britain and Germany – will not make up for the shortfall.

This is one of the reasons why the GCF is considering the possibility of financial inputs from non-public philanthropic donors. It is essential, nonetheless, that the industrialised nations soon renew their pledge to support the GCF with large contributions in the long run. COP 23 would be the perfect occasion for doing so. Without such a pledge, the outlook will be bleak for the GCF replenishment process which is scheduled for 2018. This would send a devastation signal precisely at the time when national emission-reduction pledges must be scaled up to make the Paris agreement succeed.