After the change of power in the Democratic Republic of the Congo (DRC), the UN wants to reduce its resources for peacekeeping in the country. Leila Zerrougui, who heads the UN Stabilisation Mission (MONUSCO) there, warns against premature decisions. 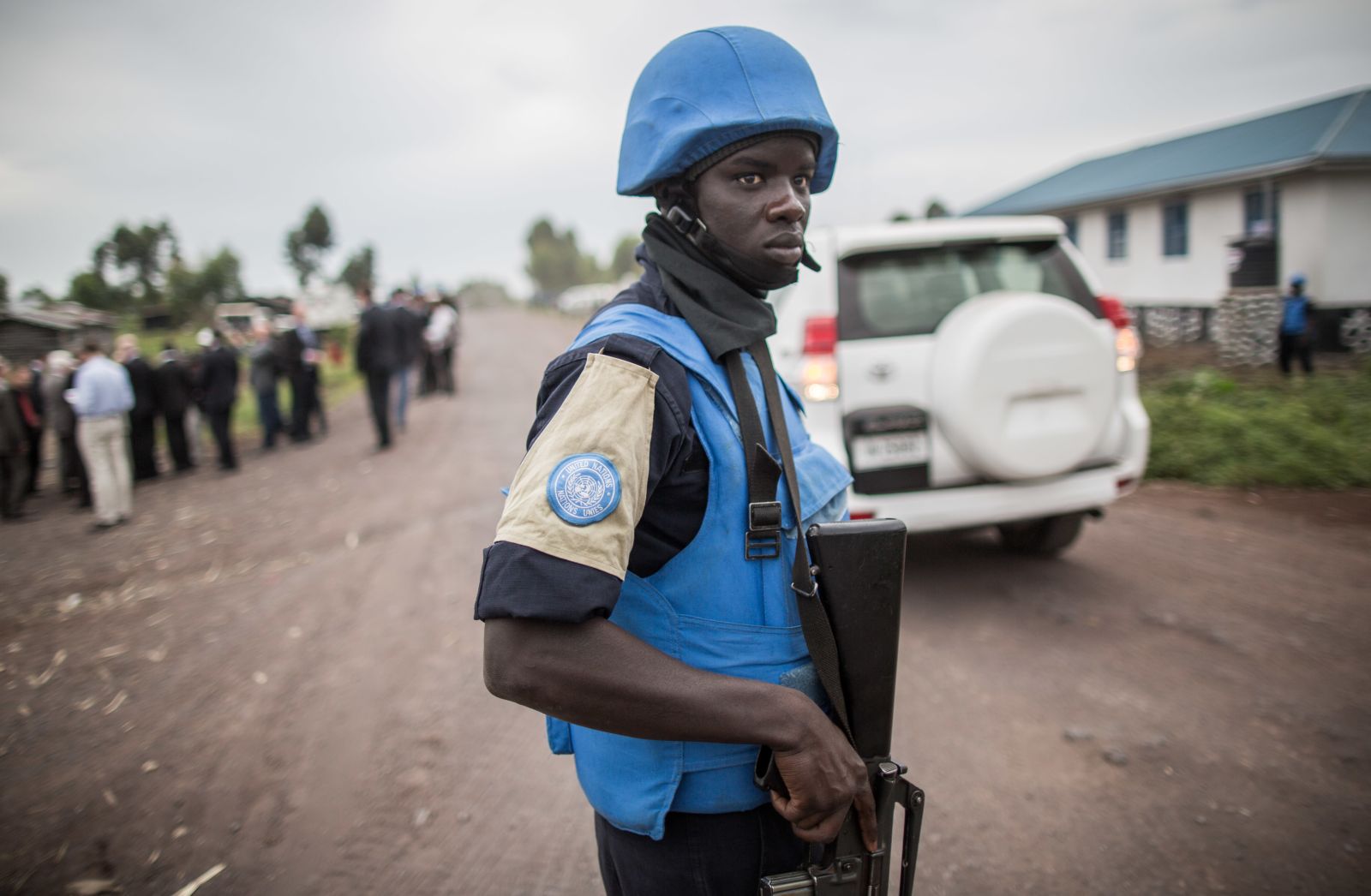 Despite the controversial election results (see main article), the Southern African Development Community (SADC) called upon the international community to respect the sovereignty of the country and its political processes. Zerrougui accepts their approach. According to her, the election was part of a long-term transformation: “I see democracy as a process and not something that can happen in just one election,” she said in Berlin in February. She has held talks with the new government, civil society and the opposition in the DR Congo, trying to defuse tensions.

MONUSCO has been supporting the DRC government in stabilisation and peace operations for almost 20 years. Every year, the UN spends more than $ 1 billion dollars on MONUSCO, making it one of its most expensive missions in the world. It relies on a staff of 20,500 persons, 3,000 of whom are civilian. The mandate is robust: peacekeepers are allowed to use force not just in self-defence but also in defence of civilians and the MONUSCO mandate.

From July onwards, the head of mission expects drastic budget cuts after a new UN resolution. However, MONUSCO needs to be able to adequately respond to unforeseen events, says Zerrougui. Even though the recent change of power was relatively peaceful, the situation remains volatile, and the balance of power remains unclear.

According to Zerrougui, the fight against armed groups will continue to be MONUSCO’s first priority. Rebels should get the chance to lay down their weapons, and reintegration programmes could help them return to mainstream society. “In some regions, this is not hard to do, but it’s costly,” Zerrougui says.

The situation is more difficult in the eastern provinces of North and South Kivu. This region is rich in fiercely-contested resources. It is estimated that around 80 % of the world’s coltan deposits are there. Coltan is an important mineral used in electronic devices such as mobile phones and computers. Moreover, ethnic conflicts haunt the region, and an Ebola epidemic has killed more than 500 people since July 2018. According to Zerrougui, the new government has requested further UN support for the region.

The peace mission’s second priority is to support the political transformation. MONUSCO is meant to cooperate equally with the government and the opposition. Despite allegations of electoral fraud,  Zerrougui points out achievements. Former president Joseph Kabila has stepped down, and the population is largely satisfied with the outcome. “People had to wait four years for the elections. In light of that, the result is a sign of hope,” says Zerrougui.

She argues that it is more important to demobilise the various rebel groups rather than to challenge the legitimacy of the new government. “It would be a huge success, if we managed to do that in the eastern provinces of Tanganjika, Ituri, North and South Kivu,” she says. She wants to persuade the UN Security Council to carefully ponder budget cuts. The decision on the new MONUSCO mandate and budget from July 2019 is scheduled for  the end of March.