In Cambodia, about one in five people is extremely poor. They can neither afford doctors’ fees nor mere trips to a hospital. A new health fund is covering such expenses. Cambodia is largely financing the scheme on its own. 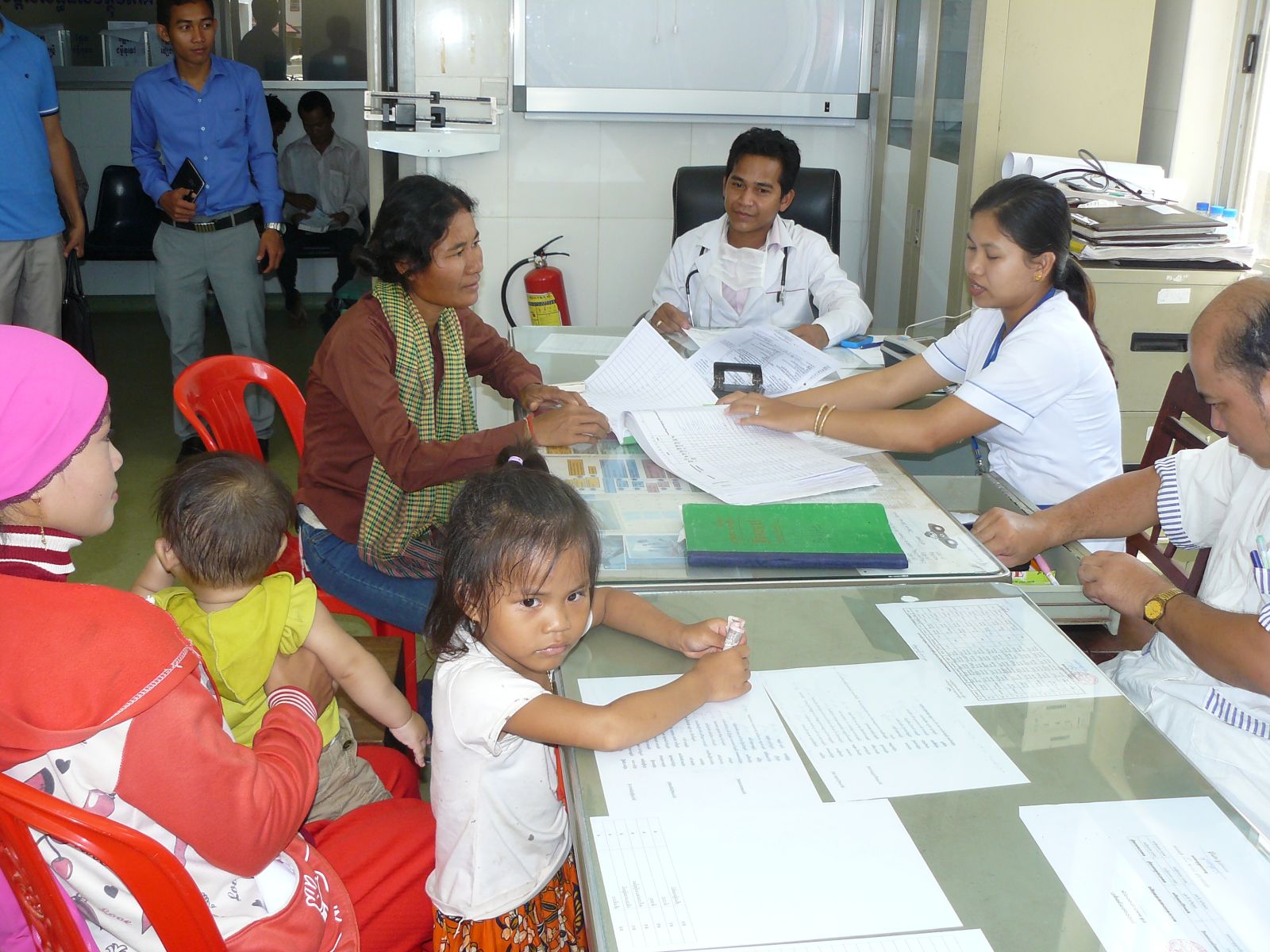 The Cambodian Health Equity Fund (HEF) is providing access to free health care to around 3 million people who are categorised as extremely poor. They are around a fifth of the population. The prerequisite for this care is a so-called IDPoor status with an individual oder family based “membership” card, which is issued as part of a comprehensive identification process. The government wants to see significantly fewer households fall ever deeper into poverty because of medical bills than was normal in the past.

The impact of the fund, which has been operational in one form or another since 2000, is positive. A study done by the University of Duisburg-Essen’s Institute for Development and Peace (INEF) came to the following conclusions:

Expecting mothers and women with young children are particularly well served by the HEF. It pays for everything from prenatal care and free births in qualified health-care facilities to comprehensive postpartum care, which also includes nutrition counselling. Such counselling is meant to reduce malnutrition, which is widespread in Cambodia. The focus is on the children (also note my article in D+C/E+Z e-Paper 2018/05, p. 21). Efforts of this kind, however, also help to reduce maternal mortality and fight malnutrition more generally.

Before the introduction of the HEF, medical care in Cambodia was very arbitrarily administered. According to a report by Medicus Mundi, a Swiss non-governmental network, health-care workers used to earn a mere $ 10 to $ 20 a month, which in no way covered their living expenses. Therefore, they were forced to take bribes to supplement their regular income. Correspondingly, the motivation of the staff and the quality of the services provided in government facilities tended to depend on the size of a patient’s “voluntary” financial contribution. Those who could not come up with money got only very low-quality health care or even none at all in state-run institutions.

On the other hand, there were and still are many private health-care facilities in Cambodia. In many places, they are easier to reach than government clinics. In rural areas, however, they mostly treat minor injuries and more straightforward illnesses. Private hospitals in urban centres certainly have skilled staff, but the cost of high-quality care is unaffordable for poor households. The only exception are the children’s hospitals that were started by the recently deceased Swiss paediatrician Beat Richner. They provide treatment free of charge.

Services for the poor

For several years, the HEF has paid comprehensive care for the poor, and the situation has dramatically improved accordingly. The fund is the core component of a larger programme, the Cambodia Health Equity and Quality Improvement Project (H-EQIP), which has been allotted a total of $ 174.2 million for five years, until 2021. The Cambodian government contributes most of the money itself, and the scheme is expected to become completely self-financed by 2021. Until that time, Germany is also providing financial support.

The two goals are to increase the number of health centres significantly and to encourage many more poor people to rely on them with HEF support. Reimbursement for the cost of their care will be provided according to an established formula. Distinct categories are local health centres, district hospitals, provincial hospitals and a specialised hospital in Phnom Penh to which particularly difficult cases are referred.

Needy people who do not (yet) have IDPoor status because they missed the identification round, which takes place every three years, or who have only recently become poor, can also get free care in state hospitals. There is a special admission procedure for them. In the future, this option is to be used for IDPoor registration too.

Though the reimbursement amounts that the health centres receive for HEF-funded patients are low, they are always at the upper limit of the tariffs that have been defined for self-paying patients in state clinics. Services are invoiced individually. The invoices are submitted monthly to an inspection authority in Phnom Penh, which releases them for payment.

Experience shows that effectiveness depends on staff getting 60 % of health centres' revenues – whether from HEF reimpursements or from patients who must pay themselves. The rest mostly serves to maintain and run the facilities, supplementing their rather meagre basic allotments from the state.

For poor people living in remote areas, simply making the journey to the hospital can be unaffordable, however. Therefore, the HEF pays for travelling expenses. Anyone accompanying a patient can even get a daily allowance. Due to this policy, the number of HEF-funded patients has risen dramatically in district and provincial hospitals.

Thanks to H-EQIP and, above all, the HEF, the equipment at the facilities, the quality of the services offered and the motivation of the health-care workers has improved significantly. Nonetheless, much remains to be done. The increase in employee motivation through the direct payment of bonuses is particularly relevant. In some hospitals, these bonuses amount to $ 50 to $ 100 a month, and that tends to be more than a third of the government salary. Yet nurses in some health centres only receive a $ 5 supplement to a basic income of $ 150 a month. In any case, the good thing is that the bonuses are shared in a spirit of fairness that includes everyone from cleaning staff to the director. Even small incomes get a meaningful boost.

The HEF shows that even a country like Cambodia, which is one of the poorest “middle income” countries, can set up and fund a social-protection net. The next challenge is to include not only the very poor, but people who are at risk of dropping into extreme poverty. These vulnerable people make up about one third of the people. The situation is particularly urgent for those households and individuals who live right above the poverty line.