Gerd Müller spells out progressive ideas in his new book. This conservative policymaker is Germany’s federal minister for economic cooperation and development. 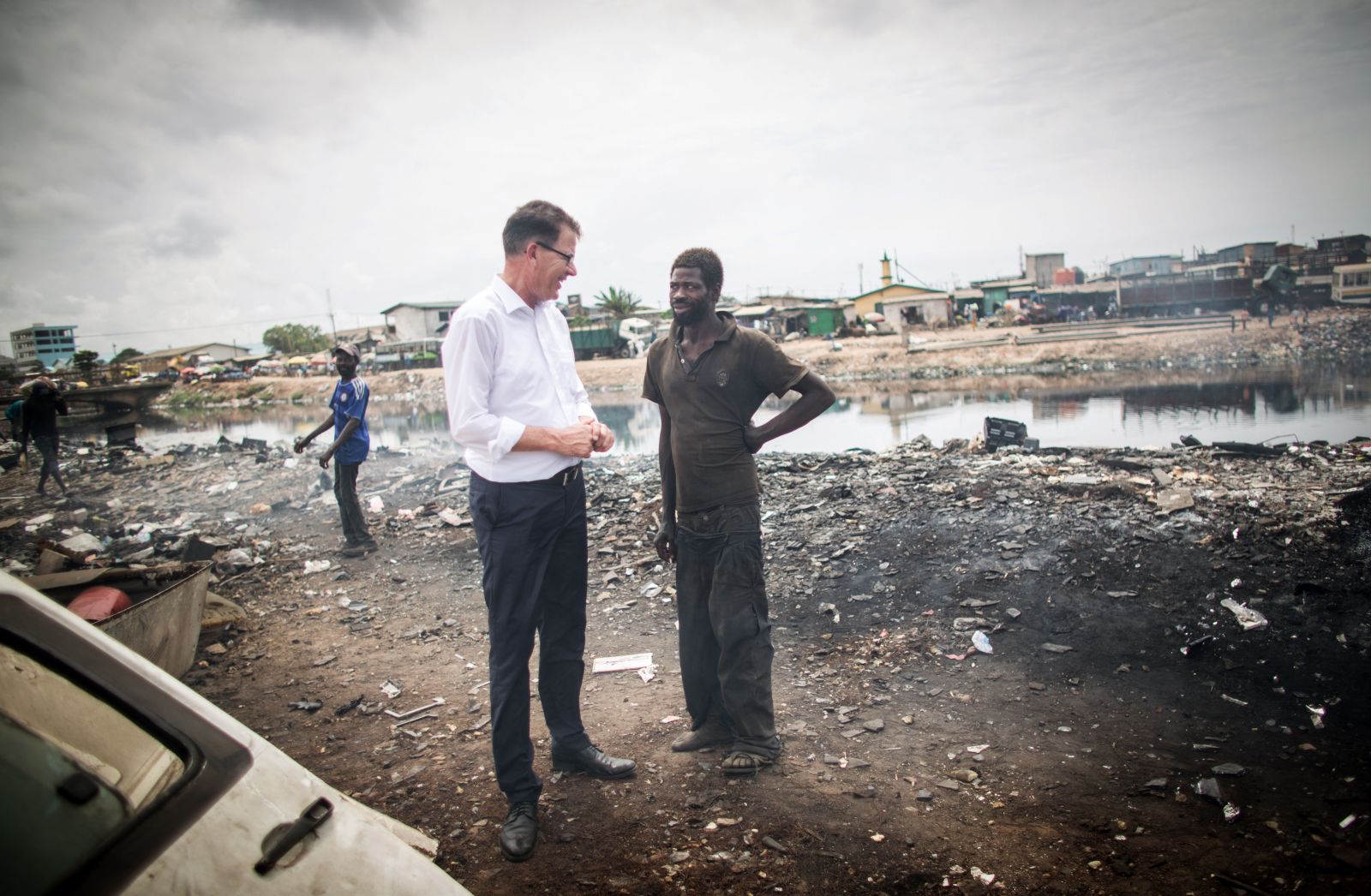 Müller belongs to the CSU, the Bavarian Christian Democrats, who tend to be a bit more right-wing than its ally, the CDU, the party of Chancellor Angela Merkel. However, he is definitely not in thrall to the kind of populist ideologies that Conservatives in Britain or Republicans in the USA have fallen for.

The German title of Müller’s book means: “Rethink – issues of humankind’s survival”. The introduction’s headline states: “It is five past twelve”. The author argues that global crises have escalated to a point where harm can no longer be prevented, though it can still be reduced. Issues at stake include the climate crisis, refugees and population growth, for example. Müller wants every effort to be made to minimise the damage. It fits the picture that he fast demanded that Germany provide shelter to more refugees after the devastating fire in the Greek camp Moria this month. The book was published before the fire, of course.

To a large extent, Müller reports what he has seen. He is not an elitist who never leaves the comfort zone of government buildings. He has a pattern of visiting refugees in improvised camps, patients in makeshift slum hospitals or garbage recyclers on waste disposal sites. He engages with people suffering misery and invites readers to empathise.

Müller makes strong statements. According to him, waste exports from rich countries to poor ones should have been stopped long ago. He warns that, if global markets are not regulated, profits will be maximised to the detriment of the natural environment in faraway countries. He insists that developing countries are suffering the impacts of climate change which they did not bring about. According to his assessment, the number of 20 million climate refugees around the world today may fast rise to 100 million.

His party, the CSU, has a long history of courting farmers, but Müller leaves no doubt that EU farm subsidies are excessive and that the EU should do much more to promote sustainable development in poor countries, and especially in Africa. He states that both continents must come to terms with the history of colonialism in a way that allows EU and African Union to forge a strong, productive and lasting partnership.

Müller emphasises that Europe’s future depends on Africa’s future. European countries will fare much better if the neighbouring continent flourishes. African disasters have repercussions in Europe. Müller points out, however, that the media are overeager to portray misery, but tend to miss African opportunities.

In view of population growth, Müller declares that active family-planning must no longer remain a taboo. He writes that this is something he tells all of his international partners, whether they are presidents or ministers. For a devout member of the Catholic Church, that stance is not trivial. He also shows a keen interest in interfaith dialogue, reinforcing the humanitarian values that are inherent to all world religions but are far too often overshadowed by polarising identity politics.

This book is encouraging because this cabinet member spells out with enthusiasm what can and must be done. He takes pride in what his ministry has achieved, for instance regarding reform partnerships with major African countries or the enforcement of social standards in supply chains. At the same time, he leaves no doubt that much more must happen. Close to the end of the book, he lists the Sustainable Development Goals that the UN General Assembly adopted in 2015, from SDG 1 (eradicating poverty) to SDG 17 (building global partnerships).

German citizens are Müller’s target group. He wants to convince them, stresses tangible action and does not deviate into expert debate. According to him, we know what needs to be done, and it is high time we did it. One hopes that his colleagues in the federal cabinet will pay attention.