A number of Arab states have discontinued diplomatic relations and trade with Qatar. This kind of collective boycott of a small Arab country by its neighbours is unprecedented in modern history. The crisis driven by different ideas about what kind of Islamism is legitimate. 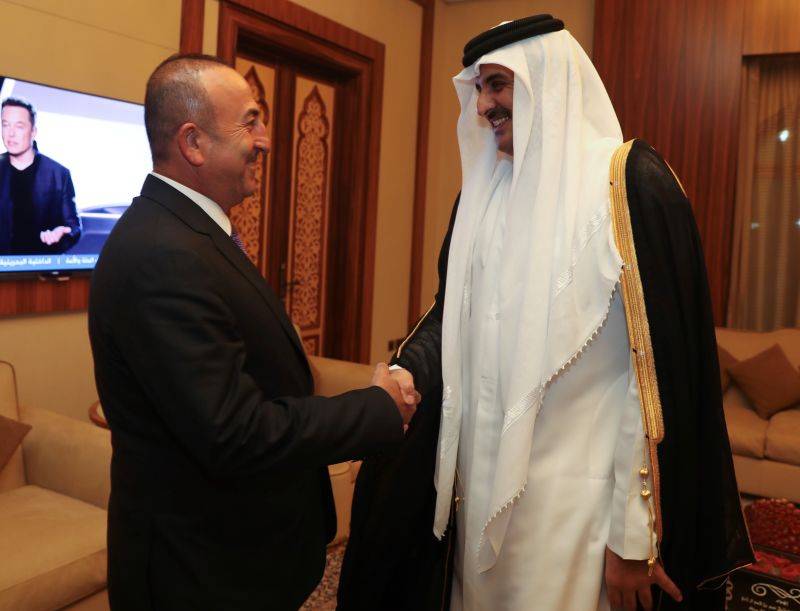 At first glance, the current crisis may look like yet another Sunni-Shia dispute of the kind that has been haunting the region for centuries. This time, however, all countries involved are led by Sunni governments. They disagree about what kind of Islamism is extremist and must be fought. Saudi Arabia, the United Arab Emirates, Bahrain and Egypt resent the stance taken by Qatar.

The Saudis espouse Wahhabi ideology, which looks to the past and seeks to preserve the status quo. Wahhabism is based on an austere interpretation of Islam. Riyadh has used it to consolidate state power and the Al-Saud family’s grip on it.

Saudis have been funding missionaries to spread Wahhabism throughout the Muslim world. This ideology has spawned extremists, including various versions of Salafis, who aspire to adopt the lifestyle of the Prophet 1400 years ago, as well as militant and terrorist outfits including the Taliban, Al-Qaida and ISIS. Some of these groups have turned against Saudi Arabia, however, appalled by the monarchy’s ties to the west and its blatant abuse of power.

Qatar is not a democracy either, but its emirs have taken a more open-minded stance towards Islamism. They have not only encouraged debate among various Islamist forces, but their Doha-based broadcaster Al Jazeera is even providing an international platform for such debate. The attention Al Jazeera attracts in other countries has long irritated the respective governments.

While Saudis have basically sponsored Wahhabis and their affiliates, Qatar has a track record of supporting all kinds of Islamism, including reform-oriented and revolutionary organisations. Many of them are related in one way or another to Egypt’s Muslim Brotherhood, which has its roots in the anti-colonial struggle of the first half of the 20th century.

The Brotherhood’s traditional stance towards government is opposition, and it has never looked to Saudi Arabia for leadership. It has spawned similar organisations in many countries. The offspring includes the AKP in Turkey, Tunisia’s Ennahda and the Palestinian Hamas.

The approach Qatar takes to Islamist politics is basically forward looking and not fundamentally opposed to change. In this sense, it has some common ground with the Shia revolutionary Islam officially practiced and promoted by Iran. Doha’s relations with Tehran, accordingly, have long been much better than Riyadh’s.

During the Arab Spring, Qatar generally backed protests all over the Arab world. For example, it threw its weight behind the Muslim Brotherhood in Egypt and Ennahda in Tunisia. The Saudi rulers, in contrast, felt alarmed by the revolutionary wave. They used money, political influence and even military force to stem the tide. In July 2013, when Egypt’s military toppled President Mohamed Morsi, the member of the  Muslim Brotherhood who had been democratically elected, Qatar’s Al Jazeera spoke of a “military coup”, but the Saudi-funded Al Arabiya called it a “popular revolution”.

Today, Doha is a safe haven for some leading Muslim Brothers. A prominent example is Yusuf al-Qaradawi, an exiled Egyptian theologian.

In their abrupt decision to boycott Qatar, the Saudi-led bloc cited  Doha’s “embrace of various terrorist and sectarian groups aimed at destabilising the region”. According to the boycotters, these entities include the Muslim Brotherhood in Egypt, Al-Qaida in Syria, ISIS and Shia groups in the Saudi eastern province of Qatif as well as Iraq, presumably espoused by Riyadh’s arch rival Tehran.

The ideological differences between Qatar and Turkey on one side and Saudi Arabia and its allies on the other run deep. As all countries involved have some common geopolitical interests, détente and rapprochement may be possible nonetheless.

Maysam Behravesh is a PhD candidate in the Department of Political Science and an affiliated researcher in the Center for Middle Eastern Studies (CMES) at Lund University, Sweden.
maysam.behravesh@gmail.com