The International Monetary Fund (IMF) is in favour of aggressive state action in response to Covid-19 and global warming. Its top leader insists on global cooperation more­over. In the international arena, other voices are supporting those views. 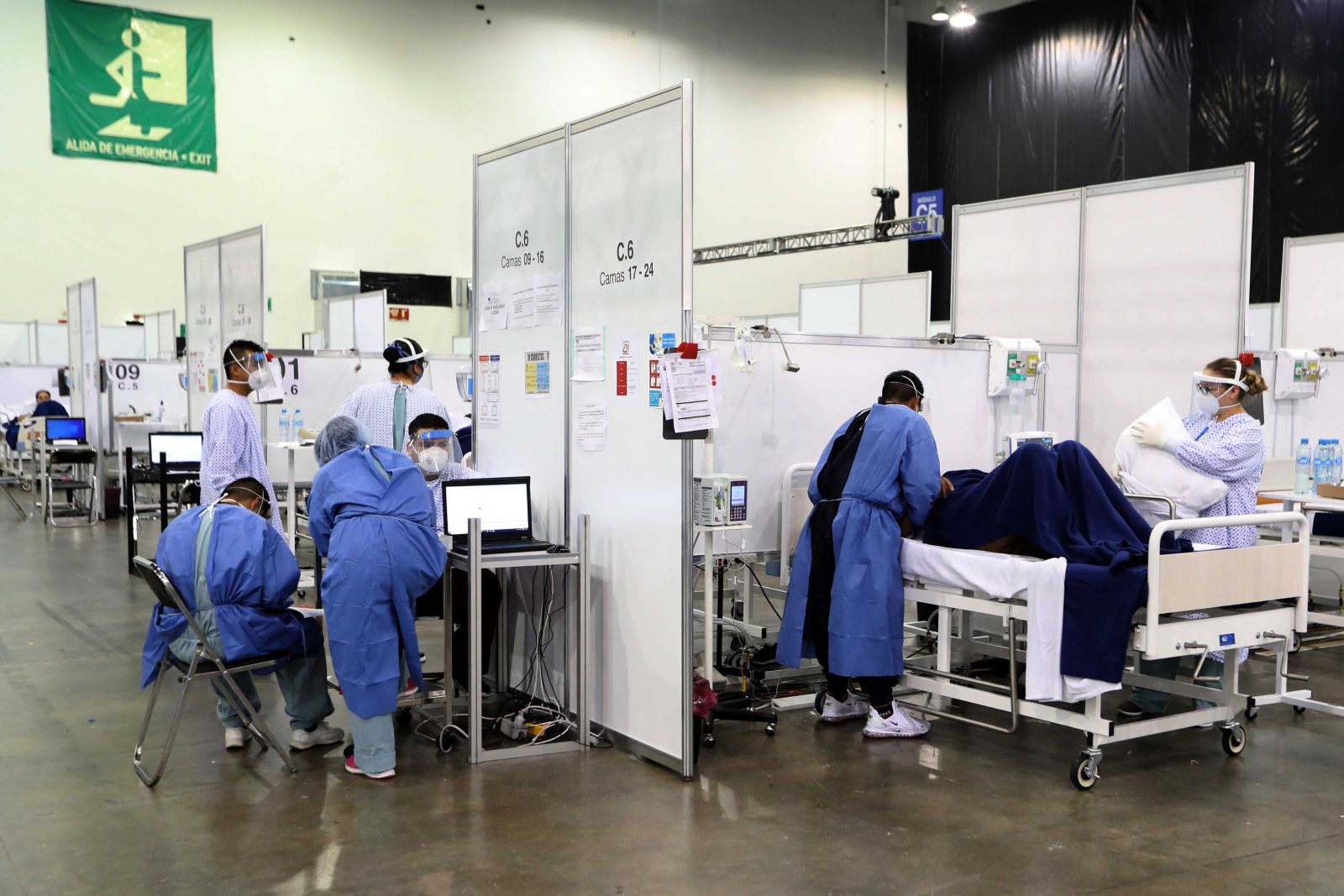 The pandemic is proving to be a turning point for global economic policy. “We face a Bretton Woods moment,” says Kristalina Georgieva, the managing director of the IMF.

In many ways, the international community faces similar challenges today. It must fight the war on the virus, ease the economic pain and rebuild better for an unsettling future. Top priorities now, according to Georgieva, are to spend more, and not to cut expenditure, invest in people and protect the vulnerable. She wants governments to assume responsibility by expanding spending on health care, for example, and by providing support to businesses as well as needy people.

Very importantly, she considers action on climate change to be indispensable too. Its impacts are “macro-critical”, threatening growth and prosperity.

Like in Bretton Woods in 1944, more­over, she calls for international cooperation. “A sisterhood and brotherhood of humanity” was the title she gave her address to the annual meetings the IMF and World Bank held in digital format in October. She alluded to a famous statement the British economist John Maynard Keynes made at the conference, where he was the leading intellectual though, at the end, not the most influential (see box). The final, less functional, architecture was dictated by his US counterpart, Harry Dexter White, a self-made technocrat who imposed Washington’s unrivalled post-war muscle.

Notice that this time David Malpass, a US citizen and president of the World Bank, does not dissent to Georgieva. He emphasises the urgency of “addressing poverty, inequality, human capital, debt reduction, climate change and economic adaptability as elements in ensuring a resilient recovery”. He was nominated for the job by US President Donald Trump, but Malpass’ statements show that global cooperation is in better shape than the rhetoric of populists would suggest (and maybe even than in 1944).  The Covid-19 pandemic pushed the world to the brink. Governments around the world have responded with massive spending on health care, social support and economic stimulus. Policies were so similar that they were de facto coordinated.

Fiscal packages around the world now total $ 12 trillion. The EU has backed even off from previous practice, moreover, and decided to do joint lending. The idea is to facilitate strong government action in economically weaker member countries.

Central banks are helping governments to borrow money with very low-interest rates (nil and even negative) and massive bond-buying. Because of the pandemic, both the US Federal Reserve (Fed) and the European Central Bank have further loosened their monetary policy. Jerome Powell, the Fed chairman, has indicated that maximum employment is the top priority, and that, under a new policy approach, his institution would allow inflation to temporarily overshoot its two percent annual goal if necessary.

Moreover, central bankers’ worries about climate change have been growing. The Central Bank and Supervisors Network for Greening the Financial System (NGFS) has pointed out that its impacts might increasingly undermine macroeconomic stability. The NGFS was launched in 2017 and now has 72 member institutions. The  Bank for Interantional Settlements has expressed similar views – in technocratic detail rather than as a policy statement (see Hans Dembowski in D+C/E+Z e-Paper 2020/03, Monitor section). In a similar vein, ECB President Christine Lagarde says: “Everybody must step up to address what is the main risk of the 21st century.” If action is not taken fast, she warns, it will be too late.

According to the IMF, government deficits will have to grow for yet some time. Hasty attempts to restart economies and balance budgets will only deepen the crisis, with both health and economic problems becoming worse. World Bank economist Carmen Reinhart says the governments of advanced economies should not worry about repaying debts now, given that interest rates are very low.

For the governments of developing countries and emerging markets, things are more difficult than those of advanced nations. Their fiscal space is more restricted, and they need foreign loans. The good news is that Covid-19 has not triggered a credit crunch. Capital markets have kept functioning smoothly. It certainly helped that economic policies from around the world were responding in the same expansive way.

So far, there has been no liquidity crisis. However, solvency problems are looming. A growing number of developing countries and emerging markets look increasingly over-indebted. The risk of sovereign debt stress within two years has more than doubled – from an average probability of 11 % to 24 % – according to IMF forecasting models. Emerging markets are particularly exposed.

The scenario is complex and not fully transparent. Nobody has a clear understanding of every existing liability. Relevant lenders include multilateral institutions, bilateral agencies of established as well as rising economic powers as well as private-sector entities. China, of course, has become very important. It is now the leading official bilateral creditor.

Governments’ need for funding is growing, but financiers are likely to become more cautious. World Bank President Malpass has therefore expressed frustration about private lenders so far hardly joining the initiative to suspend debt servicing to low-income countries. He insists they must enable cash-stripped governments to respond to the Covid-19 crisis.

It adds to the worries that the international community does not have a standard procedure for resolving government defaults. In cases of crisis, effective and fair restructuring of debt requires the participation of all parties involved – including private companies or the Chinese government.

Georgieva, the top IMF leader, has pointed out that cooperative debt restructuring may be needed. To some extent, however, things are better today than in the past. The reason is that the IMF began to promote collective action clauses (CACs) in the context of bond-denominated debt two decades ago. Such clauses spell out that bond buyers agree to restructure debt contractual conditions in the case of sovereign default. This means that, if certain majorities are met, individual bondholders can neither block procedures, nor stay aloof and then insist that the money owed to them be repaid in full. CACs have reduced financing costs for governments of many countries. Recent restructuring efforts concerning Ecuador and Argentina, moreover, have shown that they are effective.

Nostalgia for Bretton Woods is nothing new, by the way. In 2008, after the collapse of Lehman Brothers, it led to the G20 raised to the presidential level to become the top global economic forum. Their coordinated action then ensured that the Great Recession did not escalate into a second Great Depression.

We live in an uncertain world. While the IMF and the World Bank point in a sensible direction, many details must yet be resolved and much may yet go wrong. World political leaders have a role to play too.

At the Bretton Woods final plenary, Keynes famously said: “We have had to perform at the same time the tasks appropriate to the economist, to the financier, to the politician, to the journalist, to the propagandist, to the lawyer, to the statesman – even, I think, to the prophet and to the soothsayer”. This time, one should add the medical doctor.