Asian countries’ experience with international financial institutions (IFIs) is mixed. In the 1980s and 1990s, the conditions IFI crisis lending was tied to sometimes proved excessively painful. At other times, economies rebounded fast. In a D+C/E+Z interview, Iwan J. Azis assessed the matter.

last contributed to D+C/E+Z in autumn of 2022 as economics professor at Cornell University in New York State and the University of Indonesia. 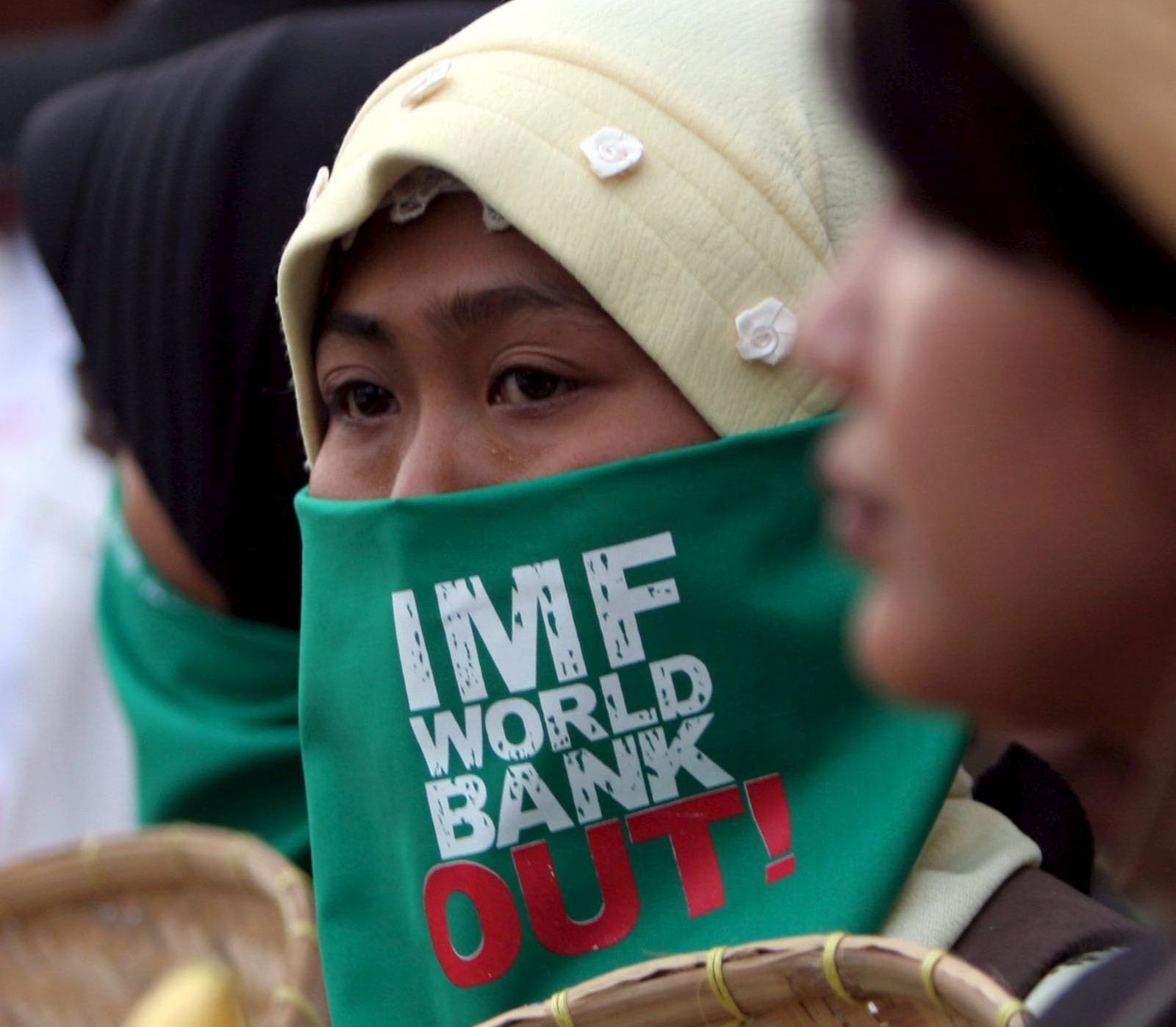 Why was structural adjustment so painful in Indonesia? India underwent structural adjustment with much less suffering.
I disagree with you. The experience in Indonesia was essentially similar as in India. In both countries, the macroeconomic data improved fast, and that was what you would expect. There are positive effects in the beginning, especially when you are making it easier to do business in markets that, so far, were highly restricted. The problems arise later, because the benefits of the reforms are not shared evenly. So even if the macroeconomic numbers stay good, underlying inequality is likely to increase, and many people will feel left behind. But at first, the dynamism is good, and that was the case when structural adjustment first started in Indonesia in 1984. And it was the case again in India in 1991.

I was actually thinking of Indonesia during the Asian crisis of 1997/98, when the conditionalities of the IFIs and especially the International Monetary Fund (IMF) deepened the crisis.
Oh – well, yes, that was a totally different story. It was a disaster.

What went wrong?
Well, the IMF misunderstood what was going on. IMF experts had stated as late as Janu­ary 1997 that things were going well with Indonesia. Growth was said to be good, the budget situation was considered satisfying. Social issues, including disparities among different groups, were not considered. And when the crisis hit, the same people from the IMF blamed the government, complaining about corruption, institutional weaknesses et cetera. Ultimately, the crisis put an end to the Suharto regime. The irony was that the same people, the same IFIs, who had previously praised Indonesia’s economic policies suddenly blamed the country and “crony capitalism” for every problem.

But that was wrong?
Yes, it was. Indonesia was a case of contagion in the Asian crisis. In view of Thailand’s financial crisis – that is where the 1997 Asian crisis began – international investors started to withdraw capital from all South-East Asian emerging markets. That kind of thing was not supposed to happen, according to the dominant IFI doctrine of those years. The IMF believed that the free flow of capital was always good. However, if capital suddenly flows out from a country, the impacts are devastating. The demands the IFIs made actually worsened things in Indonesia. In retrospect, we see that the crisis impacts affected the country worst, though it had not originated there.

So based on a faulty diagnosis, the IFIs insisted on the wrong therapy in the late 1990s?
Well, they insisted that the government had to cut spending, even though they had previously appreciated its budgets. If austerity is applied in a downturn, it can turn a recession into a depression. The way the IFIs handled the Asian crisis actually compounded the problems, not only in Indonesia. Now the IMF has modified its stance. In 2012, a few years after the 2008 global financial crisis, its economists have started emphasising what they call “macro-prudential” policies. That is really only soft phrasing for accepting that capital controls are sometimes useful because sudden in- or out-flows of capital cause problems. I think the IFIs have learned some lessons. Today, their stance tends to be far more nuanced and less orthodox.

Let me return to the basics of structural adjustment as understood in the 1980s and 1990s. It was typically a mix of deregulation, privatisation and austerity. My impression is that deregulation is often useful, privatisation may cause trouble, and austerity often proves counterproductive.
That sounds like a very simplistic rule of thumb. The essential thing is to consider what adjustment policies are supposed to achieve. Since they are supposed to improve a nation’s general welfare, it is sensible to make it easier to do business. So yes, if you have an over-regulated economy, as Indonesia was until the 1980s and India was until the 1990s, deregulation will prove helpful and accelerate economic activity. In the same sense, privatisation can be means to that end. Private-sector companies can indeed be more efficient than state-owned behemoths, but if privatisation is not done well, it will cause new problems.

Please give an example.
Just consider Russia, where privatisation resulted in a small group of oligarchs controlling vast business empires without facing the kind of competition that drives market efficiency. In that case, privatisation did not lead to free markets; it created crony capitalism. Of course, we should promote market dynamism, but we must consider carefully what the appropriate steps are.

What about austerity?
Cutting wasteful government spending can be useful too, but it isn’t always. You certainly do not want to reduce social protection precisely at a time when it is needed most. That kind of austerity will not only result in political resentment; it can even slow down the economy because it further reduces aggregate demand when demand is weak already.

Government-sponsored social protection is, by definition, redistribution. The state takes money from those who are better off in order to support those in need. Part of the old structural-adjustment doctrine, however, was that governments must not distort markets.
Yes, and that has caused long-term problems. As I indicated earlier, inequality is likely to grow if all you do is to “unleash” market forces. In theory, playing fields are level, but in real life, they normally are not. Weak institutions are another serious constraint. Worsening inequality, however, means that the public will stop supporting economic policies. And that is so even if the dynamism helps to reduce poverty, as it did in Indonesia in the 1980s and India in the 1990s. People do not think in terms of absolute poverty; they compare themselves with others. People who feel left behind become angry, and that is evident in the USA and Europe too. So what you need in the long run is not only the facilitation of market-driven growth, but also some kind of compensation for those who do not get a fair share of that growth. The lesson is that one must not neglect distributional aspects. The most effective interventions in this regard are not investments in physical infrastructure but in human capital. Indeed, the health and education sectors enable a wider segment of the society, not just a selected few people, to take advantage of market opportunities.

Is there another long-term lesson?
Yes, there is. In the past, the general idea was that all that was needed to improve a nation’s welfare was growth. Nothing else seemed to matter. Today, however, we know that we have to pay attention to multiple objectives, especially the institutional factors including distribution, but also the condition of the natural environment, and other things. We must pay attention to qualitative dimensions of economic development.

When we discussed global-trade issues (D+C/E+Z e-Paper 2018/05, p. 16), you said that you expect turmoil in financial markets in the not too distant future.
Well, something is going to happen. Instability is evident, especially in emerging markets. They have become used to cheap money, as I explained in our previous interview. The price of debt has been very low for a decade, ever since the global financial crisis of 2008. If I counted correctly, five central banks actually introduced negative interest rates at some point or another. In search of higher returns, international investors used cheap capital from the rich world to hand out loans with comparatively higher interest rates abroad, especially in emerging markets. Accordingly, debt levels have been rising, especially in the private sector. Because interest rates are rising in the USA and the dollar is appreciating internationally, there is going to be trouble. My impression is that too many analysts are still looking at the wrong indicators, especially growth and financial markets, and overlooking important ones, including financial instability and social and distributional issues.

Iwan J. Azis is a regional science and economics professor at Cornell University in Ithaca, New York, and the University of Indonesia. He has provided consultation for governments in several Asian countries on domestic and international economic affairs. In this interview, he expresses his personal views.
http://iwanazis.com/