Shortly after the Winter Olympic and Paralympic Games in the Russian town of Sochi, Thomas Bach, the president of the International Olympic Committee (IOC), spoke of the events’ “many lasting legacies”. He was probably referring to the sports and other infrastructure that cost an estimated $ 51 billion. An honest assessment, however, must include the track record on human rights. The IOC wants host governments to perform better in the future.

contributed to D+C/E+Z in spring 2016 as associate director for Europe and Central Asia at Human Rights Watch and led the organisation’s research into abuses linked to the Sochi Winter Olympics from 2009–2014. 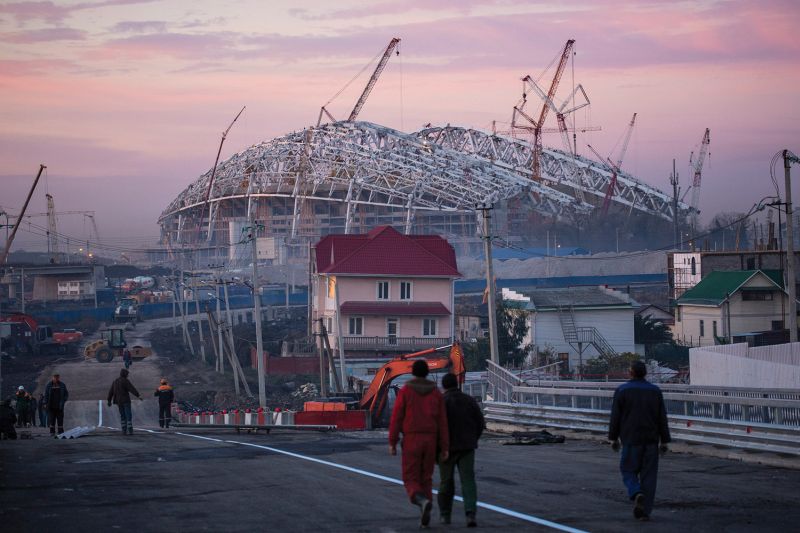 There were many human-rights abuses in the context of the Sochi Olympics. They included the exploitation of migrant workers, forced evictions as well as harassment and arrest of activists and journalists who were critical of the government’s Olympic preparations.

Only a month before Sochi’s opening ceremonies, there finally was some reckoning for the workers. Dmitri Kozak, the Russian deputy prime minister who was responsible for the Games, announced that labour inspections in late 2013 had uncovered that several companies had failed to pay employees a total sum equivalent of more than $ 8 million. Kozak promised the money would be paid.

Thanks to these inspections, many workers were paid who otherwise would not have been. But it was far too little and much too late for thousands of workers who had toiled for years. Most had already left Sochi, and many had been deported by the Russian authorities before the Games.

Another aspect that must not be forgotten is the harassment of environmental activists and other critics of the Games, including the imprisonment of Evgeny Vitishko, who was especially vocal. Moreover, there were multiple incidents of interference with journalists who reported  on social concerns and other issues related to the Games. Most blatantly, the police pursued two Norwegian TV journalists and detained them several times in November 2013.

Sochi’s painful legacy also includes the forced eviction of dozens of residents who had to make way for Olympic venues and infrastructure. Moreover, devastation caused by Olympic construction work in the sleepy mountain village of Akhshtyr must be mentioned. Drinking water wells were destroyed, and key road links were severed. Many villagers could not get to work and school anymore. The IOC made some efforts to mitigate the damage, but ultimately passed things on to local officials who proved reluctant to act.

Steps remain to be taken to compensate for the damage done in Sochi. It is essential – and feasible – to avoid such abuses in the future in the context of Olympic Games. Even the IOC seems to be waking up to this fact. Less than a year after Sochi, IOC President Bach put in place potentially meaningful reforms. Starting with the 2022 Olympics, host city contracts will include more protections for the environment, labour rights and non-discrimination.

Success will obviously depend on how serious the IOC is about implementing its commitments. It must assume full responsibility for ensuring human-rights protections in relation to Olympic Games and respond to violations, including ahead of the Summer Games in Rio a few months away. FIFA would also do well to learn lessons, not least because Russia will host the next World Cup in 2018. Only when major sporting organisations take their responsibility for human rights seriously may there be a silver lining to Sochi’s troubled legacy.

Jane Buchanan is associate director for Europe and Central Asia at Human Rights Watch and led the organisation’s research into abuses linked to the Sochi Winter Olympics from 2009–2014.
buchanj@hrw.org