As central banks of rich nations are keeping interest rates low, cheap money has been pouring into emerging markets. According to the Asian Development Bank, they should invest in hard and soft infrastructure. D+C/E+Z's Hans Dembowski discussed the matter with Iwan J. Azis of the ADB's Office for Regional Integration.

last contributed to D+C/E+Z in autumn of 2022 as economics professor at Cornell University in New York State and the University of Indonesia. 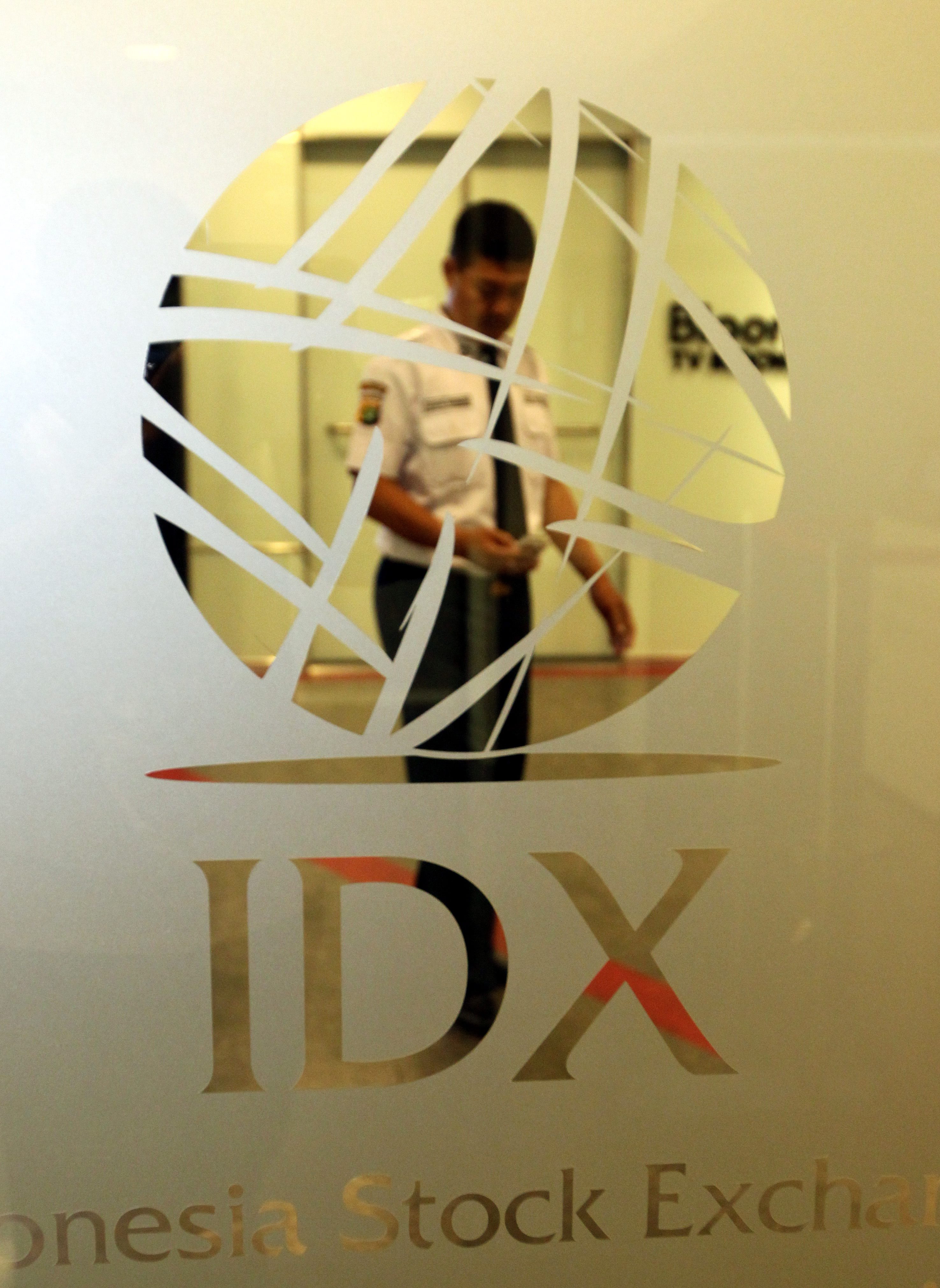 In the US Congress, Republicans threatened to let the USA default in October. They wanted to stop President Barack Obama's health-care reforms and reduce the budget deficit. Some of them threaten to repeat the debt-ceiling drama in a few weeks. If the USA should default, would the impact on the world economy be as bad as the impact of the default of Lehman Brothers in 2008?
No, it would be much worse. Lehman Brothers was only one bank, though a big one. The crisis was basically about trust in the financial sector. A default of the world's most powerful nation would be something different. It would not just affect finance, but trade too. In developing Asia, only a minority of the people, perhaps five percent, are involved in the financial sector. But the vast majority, maybe up to 90 %, would be affected by a collapse in trade. I'm not only speaking of industrial goods, but also of farm goods like rubber or palm oil for instance.

How would that come about?
Well, if the USA defaults, the global financial conditions will be severely affected with huge implications on the costs of investment and hence consumption et cetera. Americans will have to reduce consumption spending. The USA will immediately start importing less from Asia. Most finished goods come from China, but they include a lot of intermediate goods from other countries. Electronic parts, for example, are made in the Philippines, and then shipped to Thailand, where hard discs are assembled. Those hard-discs are then sold to China and become components of computers which are exported to the US and the EU. If demand collapses in the US, everyone along the entire supply chain will feel the impact. So let's hope the USA will never default. Having said that, however, I personally don’t think the USA will default.

Central Banks in North America and Europe are implementing the policy of quantitative easing – QE for short. It means that they keep interest rates very low in order to keep credit cheep. The idea is to stimulate investment in rich nations after the financial crisis. Does QE have an impact on emerging markets?
Oh yes, it certainly does. You must consider how banks normally operate. They take in deposits from customers, this is called banks’ core liability, and use that money to give loans to other customers. Those are the two sides of their balance sheet. They live from taking higher interest rates for the loans than the interest rates they pay on the deposits. That is the way things normally are ...

… but they are not normal now?
No, they are not, because the central banks in North America, Europe and Japan too have been implementing abnormal policies. One result is that banks in emerging markets have raised cheap money as seen in the increase of their non-core liabilities. They do not have to pay much for this borrowing. Now what does a bank do when money is cheap? Does it become more risk-averse or more risk-taking? It obviously becomes more risk-taking, because the low cost of money is an incentive to do business. So banks start handing out as much money in loans as they can, especially in property sector and consumption credit, mostly funded by rising non-core liabilities. This led to “bubbles.” At the same time, they start buying financial assets, shares, bonds and so on, which makes their balance sheets look more like those of institutional investors than those of banks. Both approaches result from cheap money, and both are risky.

But how do low interest rates in the rich world translate into money becoming cheap in emerging markets?
The reason is that investors in the rich world want higher returns than the 0.7 % or so they get from 3-year US Treasury today. Interest rates are higher in Asia, so they invest money there. One Asian country still offers about eight percent. That is a much higher return. Of course, the risks are higher too, but investors feel confident about Asia and other emerging regions today.

But why aren't banks in North America and Europe taking advantage of the cheap money to fund real-economy investments in their own countries?
They did, to some extent, but they invested a lot of the money elsewhere, including in emerging Asia. On the other hand, they also have to de-leverage because they over-expanded their balance sheets before the crisis. They have to cope with a lot of bad debt. Accordingly, they are forced to be risk-averse. Moreover, the economies in the rich world are not growing or only growing slowly, so only few investors are keen on expanding real-economy facilities. Banks in emerging markets are not facing either issue.

In May, the US Federal Reserve announced it would at some point begin raising interest rates again. The term it used was “to taper”. Capital immediately started flowing from emerging markets back to the States. The impact surprised the Fed, and it now looks as if it will not begin tapering soon. Nonetheless, it does look like emerging markets are vulnerable to hot investment money suddenly being withdrawn again.
Well, I don't think there will be a repeat of the Asian financial crisis of 1997. There are several reasons. Asia's financial sector has become much bigger, the regulations are stronger, exchange rates are more flexible, and far fewer private companies  have huge debts in foreign currencies, especially the dollar. Foreign reserves are also much bigger than in 1997. That said, the taper announcement in May proved that money will not stay cheap forever. Moreover, India and Indonesia, the two emerging markets with major budget and current account deficits were affected in particular.

So was the taper announcement bad news?
No, it was a warning sign, and in a way, it was good news, because it means that the state of the US economy is improving. I think it was a wake-up call for governments in Asia and other emerging economies. So far, they have basically missed the opportunity that was provided by the cheap money. They should have used it to build infrastructure. Infrastructure is the basis of future growth. I am not only thinking of hard infrastructure, but soft infrastructure too. It makes economic sense to expand the health and education sectors. Governments should take advantage of cheap money and invest in these things. That is the advice the Asian Development Bank gives them, and it isn't too late yet, interest rates are still quite low. In Asia, we believe that every crisis goes along with opportunities, but so far, they have not been grasped.

QE has helped economies in Europe and North America, but the recovery after the great recession still seems to be rather weak. Is QE the right approach?
I'd say it is basically about buying time. QE is giving economies some breathing space while there still are serious issues that need to be taken care of. QE is an extraordinary measure to deal with extraordinary crisis.

So what should European policy-makers do to assume global responsibility?
Europe's problem is that you pushed integration too far too fast without sufficiently supporting infrastructure and institutions. You have a monetary union, but no banking union, let alone political union. The assumption was that, once there was monetary union, political union would materialise too. When the crisis struck, you discovered that you did not have a unified deposit insurance. You do not have a banking union. You do not coordinate member countries fiscal policies well. To restore trust and get Europe back on a healthier growth path, your leaders need to do some institution building. Success will be good news for everyone.

What is more important, austerity to balance national budgets or pressing ahead with European integration?
Building Europe is more important. Getting the institutions right is the precondition for new economic vigour. Austerity is fine if governments slash wasteful spending. I am all for doing that. But all too often they cut spending on things like education, health and infrastructure, which – as I said before – are the foundations for future growth. Austerity of this kind is unhealthy.

Iwan J. Azis taught economics at Cornell University in the USA and heads the Asian Development Bank's Office of Regional Integration. He is expressing his personal views in this interview. iaszis@adb.org