The Lake Chad region has recently been suffering rebel violence. Widespread inequality and decades of political marginalisation have instilled an entrenched sense of exclusion. There is little trust between various communities and government institutions. Political problems are increasingly compounded by the impacts of climate change.

contributed to D+C/E+Z in summer 2018 as senior advisor at adelphi, an independent think tank based in Berlin. 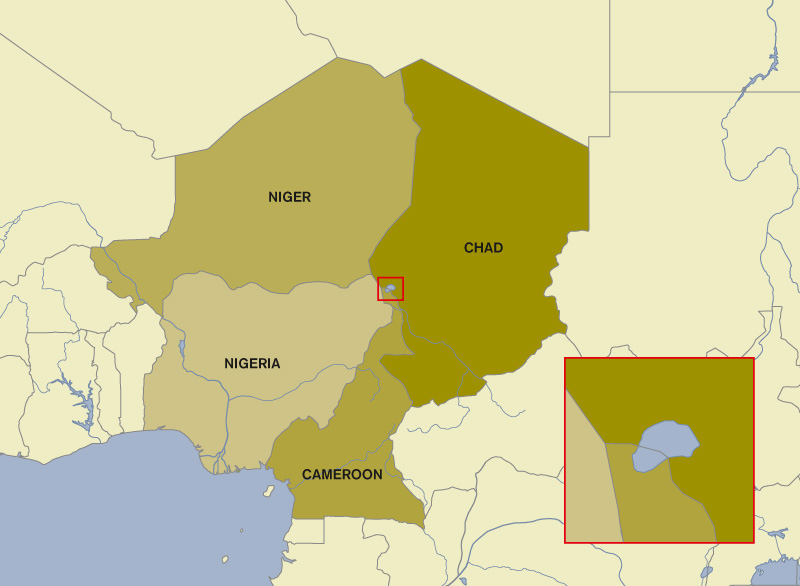 What are the biggest risks of violence in the Lake Chad region?
Resource scarcity, livelihood insecurity and extreme poverty have exacerbated tensions between and within groups of pastoralists, farmers and fishers – often to violent effect. We see tensions at the societal level as well as the family level. For example, there is an increase of forced marriages. We also identified violence between different generations. We saw that young men face a lack of jobs and money; they blame these and other problems on the older generation – and the other way around. Conflicts between and within ethnic groups and across communities are increasing as well. And we are also seeing increased grievances between local communities and the government as people realise that the government isn’t able to provide security against armed opposition groups such as Boko Haram. It is actually perpetrating violence against citizens itself.

How is climate change related to these problems?
There are links. Increased livelihood insecurity and social tensions are compounded by conflict and climate-related rainfall variability. Weather variability was increasing before the Boko Haram crisis, but communities were mostly able to cope or adapt, with the exception of certain groups such as herders, for example. However, increased climate variability – namely more unpredictable rainfall patterns – is making some livelihoods unviable and reducing livelihood diversity. People in the region have always relied on diverse livelihoods to cope with weather shocks, but with climate change and the conflict, they find that they aren’t able to adapt to the changing environment. For example, there are fishers who would switch to farming in certain weather conditions, but they cannot do so if Boko Haram or state-security forces restrict access to the land they would cultivate. As a result of climate change and the conflicts, fights over natural resources are increasing. Livelihoods are becoming more insecure. One destructive coping strategy is deforestation for charcoal sales. This issue is often overlooked – but it compounds climate change. Some evidence from interviews with ex-Boko Haram fighters indicates that lack of livelihoods contributes to people joining armed groups.

What can be done to reduce these risks?
To find solutions, we must consider the root causes. At the moment, we see lots of humanitarian aid. Yes, people do need food and shelter. But it is not enough to address day-to-day needs. If climate change and insecurity are not dealt with, things are set to get worse.  It’s important to tackle historical marginalisation. The region is politically neglected and local communities have long been marginalised. Basic services must be provided. People need climate proof livelihoods. They need to experience that their voices matter and that they belong to society.

What are the tasks for civil society and the international community?
A lot of good work is being done at the local level. Many groups are promoting human rights, agriculture and food security. The great challenge is the lack of information on how the different risks in the region interact with each other. Local communities need better opportunities, and they need reliable advice on how to respond to climate change. It bears repetition, their livelihoods must be made climate-proof. The tasks for the international community are:

Apart from the adelphi study, the region’s climate and fragility risks have not been assessed. Donors should ensure that people can rise to the challenges. Institutional capacities and local leadership are needed – and deserve support.

Janani Vivekananda is a senior advisor at adelphi, an independent think tank based in Berlin.
vivekananda@adelphi.de