The lack of access to the sea is a major hindrance to development. Developing countries which struggle with an array of structural problems are particularly affected. However, being centrally positioned within a continent presents several opportunities too. Rwanda, for example, is to become a regional infrastructure and service hub in spite of being landlocked.

last contributed to D+C/E+Z in spring 2019 as a PhD candidate in economics at the University of Göttingen and a Research Fellow at the Kiel Institute for World Economy as well as at the Poverty Reduction, Equity and Growth Network (PEGNet). 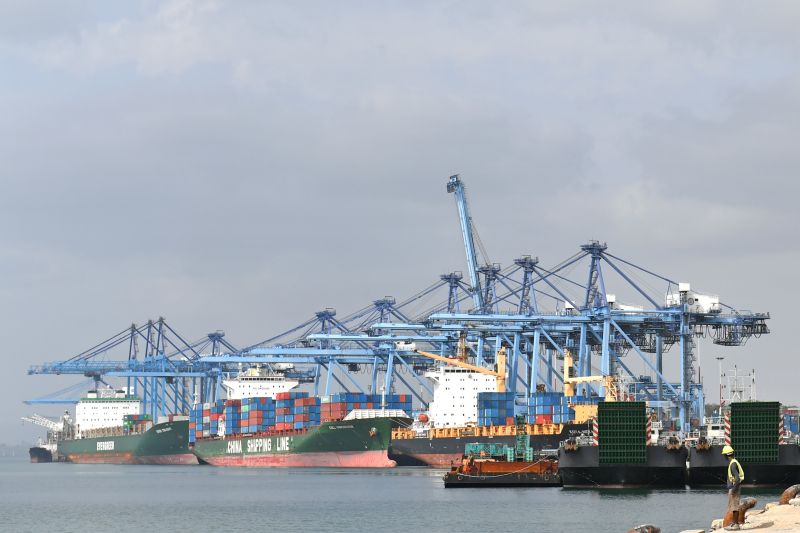 picture-alliance/Photoshot East Africa’s largest port Mombasa in Kenya serves as an important logistic hub for the entire region, including the landlocked countries of Uganda, South Sudan, Rwanda and Burundi.

In 2015, a third of the countries that were ranked by the Human Development Index as having low human development were landlocked. These were the countries with the lowest life expectancies, education levels and per-capita income. On average, moreover, the economies of landlocked countries grow slower than those of countries with access to the sea. Mackellar et al. (2000) argue that being landlocked reduces a country’s average growth by 1.5 % annually.

Landlocked developing countries thus pay a high price for not having a sea port of their own. Their trade depends on ports of other countries. The worse transport links are, the higher the transaction costs rise. Moreover, many transit countries impose fees and road tolls that raise costs even further (Snow et al., 2003).

Poor infrastructure causes delays, and delays at borders are another major concern. Customs procedures, tax procedures and other bureaucratic procedures cause 75 % of all delays (Djankov et al., 2010). Such delays especially affect the trade of time-sensitive perishable goods such as agricultural products. On average, it takes landlocked developing countries 42 days to import and 37 days to export goods. Coastal developing countries need only half of the time (Torres, 2014).

Since landlocked countries highly depend on their neighbouring countries for transit, it is vital that the latter are politically stable and reasonably administrated. In case of conflict or instability, alternative routes to the sea must be found. That can be very costly, particularly if new railway or road infrastructure must be built.

A prominent example is the construction of the Tanzania Zambia Railway line (TAZARA). It was built because Southern Rhodesia, which has since become Zimbabwe, closed its borders in the mid-1960s. The aim was to cut Zambia’s access to South African ports in retaliation for its support of the liberation movement. Malawi, on the other hand, was forced to reroute its freight from the Mozambican ports of Beira and Nacala to Durban in South Africa and Dar es Salaam in Tanzania during the Mozambican civil war (Snow et al., 2003).

The high costs of trade are reflected in food prices, so the cost of living tends to be higher in landlocked developing countries. Moreover, these countries are especially vulnerable to global price volatility. During the recent global fuel crisis, fuel prices in oil importing landlocked countries such as Zambia rose by nearly 50 %.

In spite of the prevailing challenges landlocked developing countries face, their inland location presents several opportunities too. They can become regional hubs for manufacturing, infrastructure and service provision. One country that has taken advantage of its central position to attract foreign investments is Rwanda. Having made great strides in overcoming the effects of the 1994 genocide, Rwanda has quickly become one of Africa’s fastest growing economies. The government wants it to become an infrastructural and service hub for Eastern and Southern Africa. It has attracted several investors who have – or will – set up assembly plants for cars (Volkswagen), computers (Positivo) and mobile phones (A-Link Technologies).

To reduce the dependency on transit countries, air freight can be an option. Botswana’s main export good is diamonds for instance. Diamond trade is dependent on air transportation, not ships, trains or motor vehicles. Botswana is one of sub-Saharan Africa’s most prosperous countries. That its governance is good has certainly helped.

To facilitate trade, bureaucratic restrictions should be eased, so that business costs can go down. Regional economic associations such as the Common Market for Eastern and Southern Africa (COMESA) have taken measures to reduce transit delays and administrative hurdles. However, a lot remains to be done even after the adoption of the COMESA Protocol on Transit Trade and Transit Facilities.


Kacana Sipangule is a PhD candidate in economics at the University of Göttingen and a Research Fellow at the Kiel Institute for World Economy as well as at the Poverty Reduction, Equity and Growth Network (PEGNet).
kacana.sipangule@ifw-kiel.de