“We are running out of time”

A new global climate agreement was concluded in the UN context in Paris in December, but many important issues remain unresolved. Hans Dembowski discussed matters with Thomas Loster, director of Munich Re Foundation, who has been observing climate negotiations for 20 years. 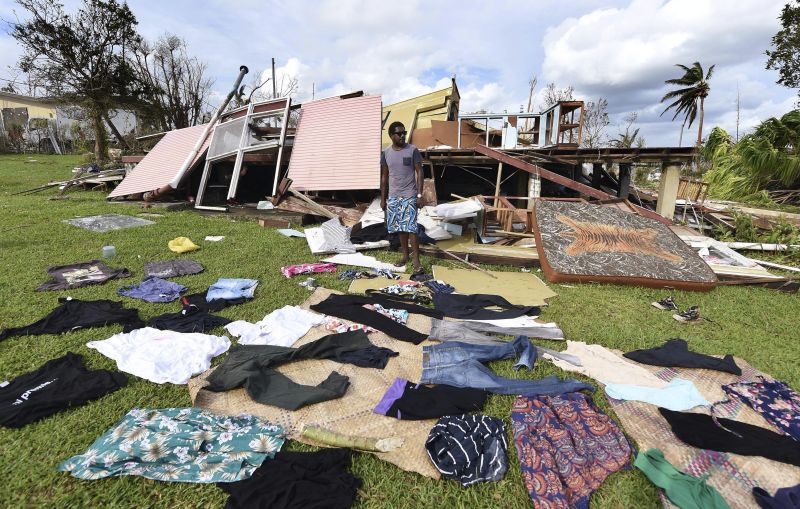 The Paris agreement is the first to address the losses and damages caused by global warming. At the same time, it states that the rich nations which contributed to the phenomenon most are not liable. Does this stance make sense?
Well, the people in charge at the secretariat of the UN Framework Convention on Climate Change (UNFCCC) have been looking into this matter for quite some time. It is impossible to provide precise monetary figures for losses and damages. Of course it makes sense to take stock as accurately as possible, and it seems plausible to ask those responsible for past and maybe even current emissions to pay compensations. I think, however, that the decision-makers worry that such a stance would cause countries such as China or the USA to drop out from the UNFCCC process. And that would not help the climate at all. The word compensation is highly controversial in debates, and that was the case in Paris too.

Insurance can compensate for damages, and that was discussed in Paris as well. But are insurance schemes really feasible in very poor countries? Don’t people there spend their incomes on daily needs and shy away from investing in protection against damages that may never occur?
Insurance policies cannot cover all kinds of risks, including the accelerated rise of sea levels or the long-term dwindling of glaciers. These are slow-onset events that will almost certainly affect huge regions, and it is once more impossible to quantify the potential damages in monetary terms. From an actuarial point of view, this kind of risk cannot be spread over many shoulders. If, however, you are thinking of draughts, storms and floods, insurance policies do make sense. I am involved in the Munich Climate Insurance Initiative (MCII). We have designed an insurance product for people living on Caribbean islands with very low incomes. The insurance covers what they need for their livelihoods in the event of extreme storms or floods. The price for one insurance policy approximately equals the price of four lunch meals. Interest in this kind of climate insurance is growing, not least also among policymakers, because it can serve adaptation to climate change.

The Paris agreement expresses the ambition to limit global warming to 1.5 degrees on average. To achieve that, action is needed immediately. Nonetheless, the voluntary contributions to climate protection that governments pledged to make will only be reassessed in five years with an eye to making these “intended nationally defined contributions” more stringent. What does that mean?
This is indeed a serious issue. We know that some countries – for example, small island states in the Pacific – are in serious trouble already, and they will have to cope with massive damages even if temperatures reach the 1.5 degree limit. Hence, the ambitious goal makes a lot of sense, but it is hardly reachable in physical or technological terms.

Even approaches such as geo-engineering won’t help. A much debated method is carbon capture and storage (CCS), which is about capturing CO2 and depositing it underground. A great idea is to use bio mass for energy production and store the emitted carbon. Ultimately, this would even lead to negative emissions. I’m afraid, however, that we simply won’t get societal and political acceptance for this approach internationally. The same must be said of other proposals to modify the atmosphere to fight global warming.

We are running out of time, as the German Advisory Council on Global Change (WGBU) has pointed out convincingly again and again. The Paris agreement makes time lags likely, and that causes a serious problem. Just to achieve the 2.0 degree level, we would have had to have started reducing emissions yesterday. The more time goes by, the more our chances for effectively stopping climate change will dwindle.

The industrialised countries have once more promised to make $ 100 billion available for climate mitigation and adaptation in developing countries from 2020 on. That sum includes private-sector investments, which, by definition, are not controlled by governments. What must we expect?
Those $ 100 billion are nothing new, that sum has been discussed and published for years now. There are lots of intentions and pledges, but we’ll only know the real figures in the end. The funds that have been transferred to the so-called Green Climate Fund so far, are not overwhelming. Actually, I also do not yet really see huge private-sector contributions, though governments are quite keen on them. Private-sector investors become active when they expect profits, that is the nature of the game. In regard to public-private partnerships, we need sensible approaches on both sides, and on top, we need stamina. At the moment, there is more talking than action.

The agreement does not mention “decarbonisation”, but decarbonisation is what climate protection is about.
Yes, it is true: without decarbonisation we won’t achieve anything, we will neither stay within the 2.0 nor the 1.5 degrees limit. To make a relevant difference, the global economy will have to become carbon-neutral sometime between 2050 and 2070. This goal looks most ambitious considering today’s emission levels. The good news is that the issues of decarbonisation and divestment from fossil-fuel businesses have moved up on the agenda. Should governments fail to limit global warming, the private sector can prove itself worthy. I hope that will happen, though the Paris agreement does not tackle this issue in detail.

My impression is that, after Paris, just as many questions remain open as before Paris. What tangible progress was made?
Well, my points might sound rather pessimistic so far, but: I insist that the result of COP21 is a major success. The euphoria at the end of the summit may have been a bit exaggerated. The agreement must yet be implemented and it includes a lot of rather vague “countries should” clauses. But consider what would have happened if Paris had not led to a result or if governments had backed off in the end. The entire negotiation process of the UNFCCC would have been put in question. Your readers  will probably recall that the Copenhagen summit was a huge failure despite large expectations. To discontinue the UNFCCC process would have far-reaching consequences for everyone. Climate summits are a bit like peace talks. Even though partial results may not be satisfying, things would be far worse if there were no negotiations at all. So in spite of all the criticism I have expressed, I consider Paris a true success.

Thomas Loster is the director of the Munich Re Foundation. He has participated in 20 climate summits.
tloster@munichre-foundation.org