Because of the ongoing crisis in South Sudan, the numbers of internally displaced persons (IDPs) and refugees are rising. Masses of people flee to neighbouring countries. The UN Refugee Agency (UNHCR) reports there are 2 million IDPs in South Sudan and almost 1 million South Sudanese refugees in Uganda. Media houses from both sides of the border have formed a network to keep people informed, including refugees, their home and host communities.

last contributed to D+C/E+Z in spring of 2020 as a South Sudanese filmmaker and journalist. 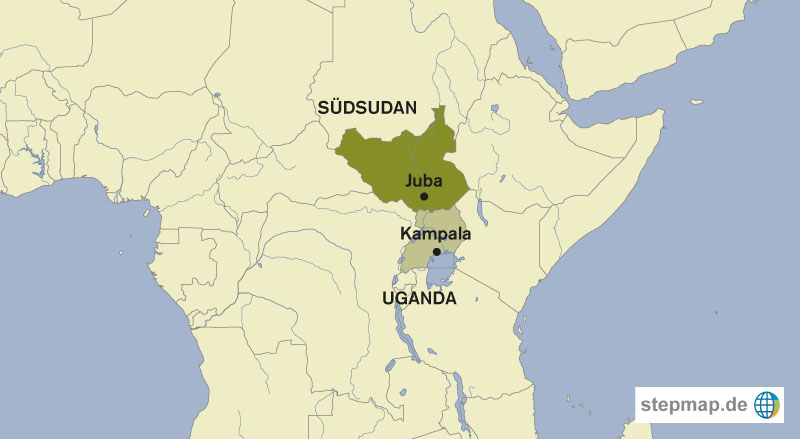 In the border region, Ugandan and South Sudanese radio stations know that their listeners must be informed about the humanitarian situation in both countries. However, it is very hard to cross-check facts. In order to improve their access to reporting, a number of media houses has therefore recently founded the Cross-Border Network (CBN).

The network is made up of 24 separate radio stations and two other media organisations from both countries. Member radio stations serve a border region with about 7 million inhabitants. About 1.5 million are IDPs or refugees. It is planned to exchange news and programming among members.

Lilian Ochoo is the station manager of Radio Emmanuel in South Sudan’s Torit region. He points out advantages: “Camps are scattered in both countries. It is difficult and costly to access them for information.” CBN colleagues from the other side of the border can help. According to Ochoo, joining forces has helped to minimise logistical problems. She says, her station “now serves its audience better”.

The network anticipates publishing multimedia content every day on its website, reports Josephine Achiro from Radio for Peace Network (RaPNET) in South Sudan. The Ugandan coordinator of the network, Moses Odokonyero, adds that it is important to meet listeners’ information needs.

Members sought support from the German media development agency DW Akademie in the very beginning. Swiss media expert and advisor Regula Rutz was contracted by the DW Akademie to help to stabilise the new set-up. She is optimistic: “Most members are extremely organised and really motivated. They are assuming responsibility as journalists as well as citizens,” she says.

The Cross-Border Network is the first of its kind in East Africa. Members believe it is going to be a great source of reliable information. In times of mass displacement and an ongoing humanitarian catastrophe, all people should be well informed – their lives may depend on it.

Ochan Hannington is a South Sudanese photographer and filmmaker. He currently lives in Uganda.
hannington.a.o@gmail.com