14-year old Salma Begum lives with her 24-year-old husband Sumon in a tin shed in Kalshi slum in the Bangladeshi capital Dhaka. They got married when Salma was only 13 years old. Now they have a 6-month-old daughter. 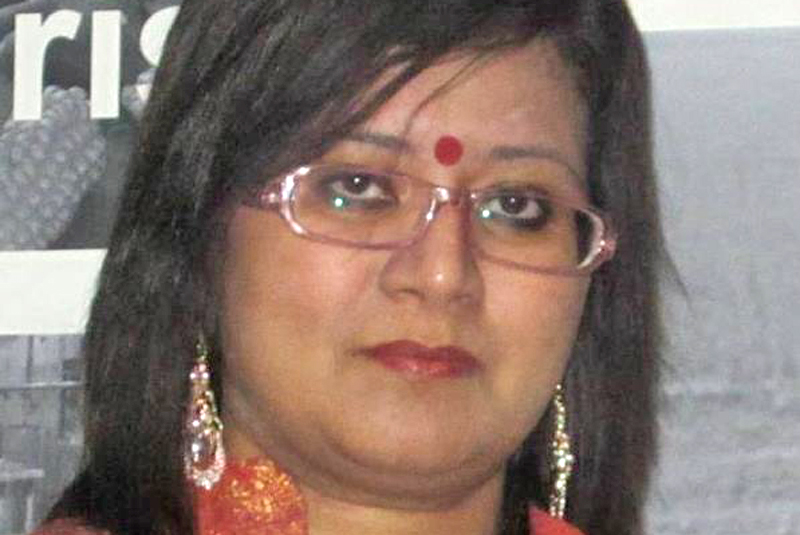 “I thought family life would be enjoyable”, says Salma, who once attended school regularly. Her husband Sumon works as a bus helper at the nearby bus station. “Now I think getting married so young is terrible,” Salma exclaims. “All day I take care of my husband and child, clean the floor, wash the clothes and cook.” Salma faced severe medical complications during the birth of her child, and promised herself that she would not “make the mistake of getting pregnant” again.

The legal age for marriage in Bangladesh is 21 years for boys and 18 for girls. However, there are only minor punishments for those who facilitate child marriages: either one month of prison or a maximum fine of 1,000 Taka (around 12 Dollar).

In 2013, a survey by Plan Bangladesh confirmed that in this country, 64 % of the women currently between 20 to 24 years were married before the age of 18. Quamrun Nahar, a scientist of this centre, says that “on average, girls who marry as adolescents attain lower levels of education, have inferior social status in their husbands’ families and in society, and endure higher rates of maternal mortality and domestic violence than girls who marry later.”

In February 2014, the Bangladesh National Women Lawyers’ Association prevented 10-year-old Sonia from becoming the bride of a 44-year-old man. The girls’ parents were poor, a day labourer and a domestic worker. “It was very difficult for me to pay for Sonia’s education,” her father explains, “so I fixed the marriage.”

Poverty lies at the heart of this issue. “Due to the culture of dowry, girls are frequently considered as an economic and social burden by their families,” says Maleka Banu, General Secretary of Bangladesh Mohila Parishad, the Women’s Council of Bangladesh. “The size of the dowry increases as a girl grows older. Poor families therefore try to marry their daughters off at the earliest age possible.”

There is a way out: the economic empowerment of women and better education. According to a study of the International Center for Research on Women (ICRW), one of the most powerful tools for drying out child marriage in Bangladesh is the increase in economic opportunities for women.

Despite the challenges of low wages, long working hours, poor industrial conditions and questions of labour rights, the rise of the ready-made garment (RMG) sector has attributed to delaying marriages of young women who have managed to find work and save for the higher dowry demands that come with a later marriage age.

Sadly, Bangladesh is only one of many countries where child marriage is still rampant. The United Nations Population Fund (UNFPA) predicts that by 2020, there will be 50 million wives under the age of 15 across the world.