“Can a city be sustainable?”

Overpopulated, expensive and polluted – cities at their worst are grim places to live. But they also generate jobs for millions of people, present huge opportunities for using new climate-friendly technologies and are fertile breeding grounds for the arts as well as for citizen’s involvement in public affairs. 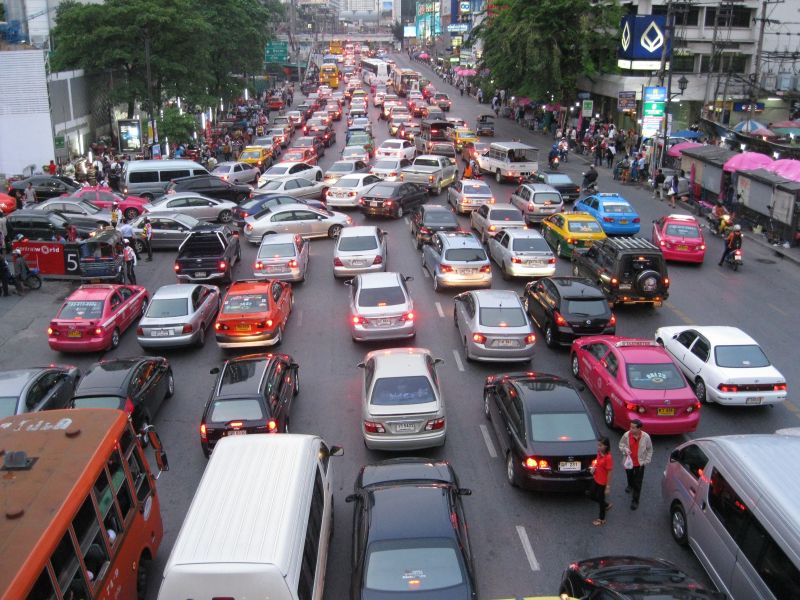 Promoting the sustainable development of cities and other human settlements is the focus of the Habitat III conference in Quito, Ecuador in October. The UN summit is set to define a “New Urban Agenda”, spelling out a new global urbanisation strategy for the next two decades.

Over half of the world’s population or 3.5 billion people live in cities today. The number is set to rise to 5 billion by 2030. Cities account for around 70 % of global GDP and produce more than 70 % of all greenhouse-gas emissions. Their share of global energy consumption is 60 %. They also generate 70 % of the world’s waste. What goes on in cities is therefore crucial for global developments concerning climate change, economic prosperity, social integration and governance.

“Can cities be sustainable? The answer has to be yes,” says Michael Renner, senior researcher at the Worldwatch Institute, the environmental research organisation. “There are lots of examples, and it can be done, but you need the right frameworks, bigger ambitions, more learning from one another, a combination of social and environmental goals and appropriate citizen participation.”

While representatives of national governments negotiate and sign agreements like the New Urban Agenda, those who carry out their mandate are local government officials. Much hinges on dialogue between these actors – which is not always easy.

Alexander Carius of Adelphi, a German development consultancy, is interested in what “global urban governance” means at a practical level. Cities have been a major driver of this process, he said at a recent event held by GIZ in Berlin. So far, global coordination across sectors and levels of government is lacking.

Günther Meinert of GIZ emphasises that there are “very strong” networks between cities at the municipal level, pointing to the Global Taskforce of Local and Regional Governments, an international coordinating group for local governments, and the Compact of Mayors, a worldwide coalition of city leaders. But while these groups drive global strategies on urbanisation, there is “a considerable vacuum” at the national level, he says. According to Meinert, more cooperation is needed in many fields of policymaking, including employment, health care and the environment.

The Habitat process calls for national urban policies to “establish a connection between the dynamics of urbanisation and the overall process of national development.” The idea is to combine a high quality of life for a broad swathe of the people with ambitious sustainability goals.

This is a big challenge. The mere fact that some 900 million people live in slums reflects the failure to provide living wages, affordable housing and solid education.

Because of cities’ complexity, no UN agency can govern “into the cities” to tackle challenges, says Meinert. For example, he notes that 80 % of all jobs in Africa are in the informal sector. “We can’t simply have the answer that these jobs must be integrated into the formal sector, because, purely mathematically, 80 % can’t fit into 20 %.”

Employment is not the only concern. Housing and transport are crucial too. Low earners are often forced to move out of increasingly expensive city centres. As they commute to work, they create a huge carbon footprint. Cities need revenues for infrastructure investments so they can build mass transit systems, preferably running on clean energy.

Many cities are restricting individual car use and encouraging bicycle use and car-sharing to tackle emissions and congestion problems. To reduce pollution, some are also incentivising energy-efficient buildings. Such policy decisions have implications that reach beyond the city walls. Accordingly, says Meinert, cities must be “led politically, not just administrated”.