A developmental intervention has to fit into the socio-political context of the country concerned in order to have a lasting impact. Researchers from the London-based Overseas Development Institute have assessed several success stories. Their conclusion is that donor action can be “politically smart and locally led”. They warn, however, that the institutional set-up of aid agencies often does not serve that purpose. 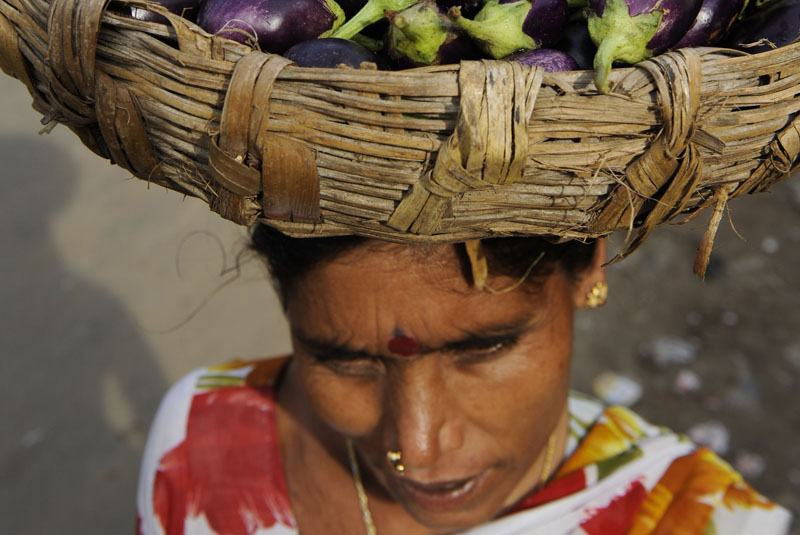 Boethling/Photography Farm woman taking egg plants to a market in the Indian state of Odisha.

Tackling the root causes of poverty, environmental destruction and other developmental challenges is difficult. All too often, such problems are deeply embedded in a country’s political economy. Solutions that work must fit into this context and change its dynamics. As David Booth and Sue Unsworth from the ODI point out in their recent publication, that it is necessary to test approaches in an iterative manner until something works and can be scaled up.

To find such solutions, the persons running a project must understand the politics of the place they are dealing with. Moreover, they must network among various interest groups and discover common goals. The scholars argue that it is possible to build coalitions to drive change on that basis. They emphasise the relevance of step-by-step learning and brokering contacts with potential partners.

Typically, people from the countries concerned will be better at finding such solutions than agency staff from abroad, the study states, though foreigners with a good understanding of local conditions can also succeed. The authors’ advice is that development agencies should support projects long term, fund promising local agents and handle funding in a flexible way. Large sums are not helpful early on, according to them. First, a promising approach has to be developed, and that promising approach must then be supported in a sustained manner.

Their data show, moreover, that it helps when agency staff are involved in a country for a long time and gain in-depth knowledge of its issues. The authors stress that a project needs enough leeway to learn by trial and error, however. At the same time, they say the experience made in successful projects could help to scale up politically smart and locally led approaches internationally. They point out that donor governments normally implement domestic reforms this way. In their eyes, the need to make this case is “a measure of how detached the aid business has become”.

The ODI scholars base their finding on case studies of several projects. Three projects concerned rural development (in India and the Philippines), one promoted disarmament and reintegration of combatants (in the DR Congo) and two facilitated closer interaction between citizens and government bodies (in Nepal and Burma). A seventh case study assessed the EU Forest Law Enforcement, Governance and Trade Action Plan (FLEGT), which is designed to keep illegally felled timber from the EU’s single market and is implemented in various countries.

The authors admit that the projects were arbitrarily chosen and do not add up to a representative sample. They insist, however, that their qualitative conclusions apply to development programmes in general. According to them, too many development efforts fail because they do not fit local circumstances and fail to change the political economy.

While the publications expresses optimism concerning the ability of donor agencies to promote lasting change, it also demands that donor institutions do so more systematically. The authors warn that all too often agency management is counterproductive. Tight timelines for the disbursement of funds and the implementation of projects, for instance, restricts the leeway needed for iterative approaches. Over-confident leaders, who believe they know what solutions work, moreover, undermine the principle of local ownership. According to Booth and Unsworth, donors should “abandon practices that assume development progress to be simple, predictable and deliverable from the outside”.