Governments of developing countries are increasingly wooing foreign direct investors. One result, particularly in Africa, is huge public-private partnerships (PPPs) in agriculture. Civil-society organisations warn that this is not the right approach to fighting hunger and poverty. 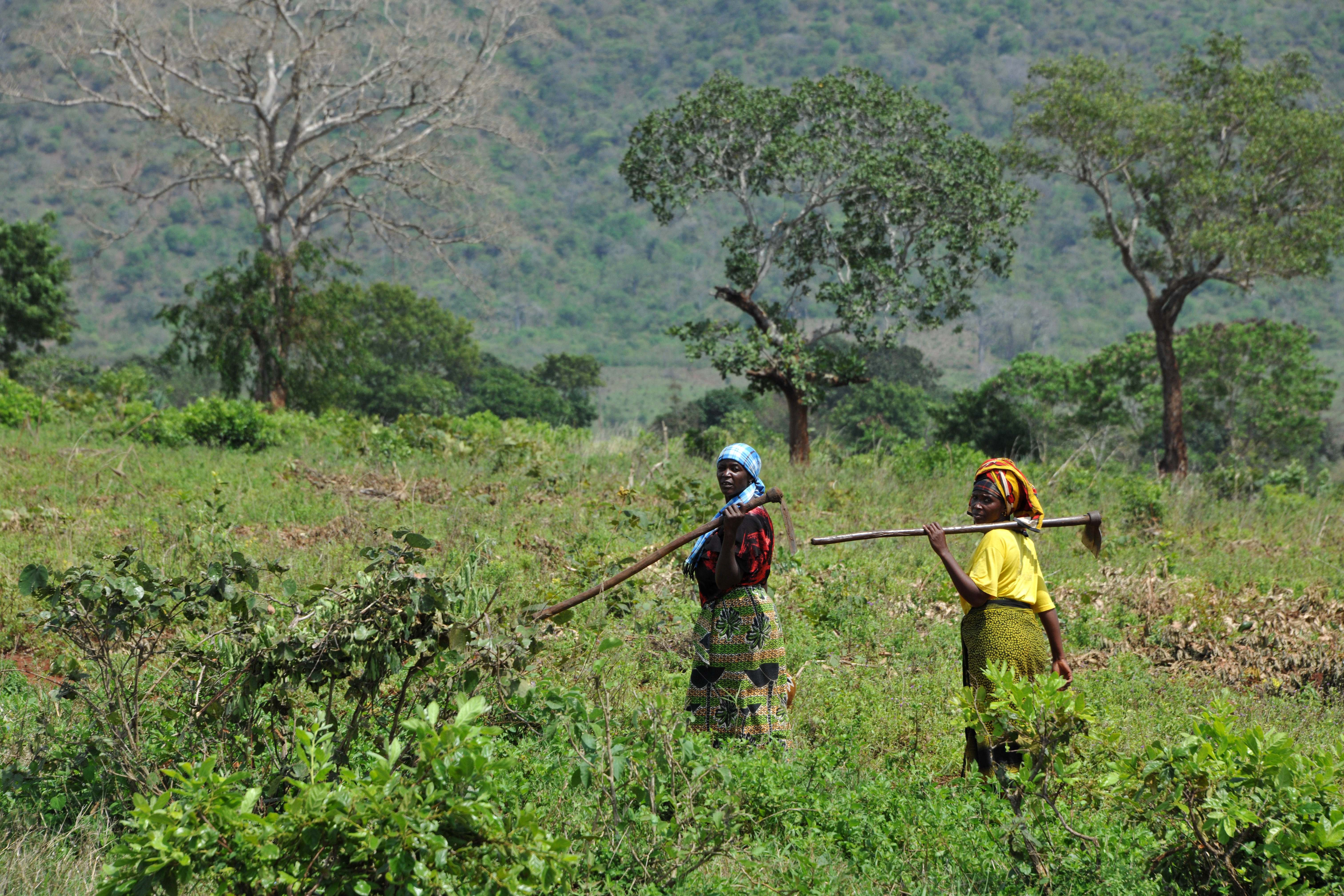 The G8 nations, ten African countries and more than 100 private-sector companies are partners in the New Alliance for Food Security and Nutrition, which was started at the G8 summit in Camp David in 2012. At the time, the stated goal was to lift 50 million people out of poverty within ten years, and private-sector investments in African agriculture were considered the means to achieve it.

The African countries have since committed to reforms in cooperation agreements. The main objective is to improve the investment conditions in commercial agriculture. In turn, the donor governments offer funds from their official-development assistance (ODA) budgets and private-sector companies promise to consider investments.

Non-governmental organisations and farmers’ associations were not involved in the negotiations, or only so, on an ad-hoc basis, even though reforms of this kind
often put at risk the livelihoods of smallholder farms.

The transfer of land to investors is a core component of large-scale PPPs in agriculture, particularly in so-called “growth corridors”. Countries such as Tanzania, Malawi and Burkina Faso are leasing out fertile land with good transport links. The governments grant investors leases at low cost for many years. Mozambique, for instance, merely charges one dollar per hectare for a period of more than 50 years. Moreover, the government is prepared to reduce the tax rate to just two to five percent. Depending on the investment sum, Burkina Faso hands over land to investors for 18 to 99 years.

Typically, the governments prefer to make deals with private-sector companies. In Burkina Faso, 78 % of irrigated land is to be used by investors according to government plans, while smallholders will get a mere 22 %. Obviously, smallholders will hardly have opportunities to expand their farms and grow food for themselves, their families and local communities. What is being promoted instead is huge, industrial-scale plantations. The distribution of land is becoming more inequitable as a handful of foreign investors and members of the local elite take control of ever more land. This trend has been confirmed in more than 100 countries by researchers from GRAIN, an independent organi­sation.

The New Alliance for Food Security and Nutrition, moreover, is supporting efforts to make Africa a profitable market for the seed industry. There is a danger of pa­tents depriving farmers of their rights to their own seed and of traditional seed being abandoned. The cultivation of traditional landraces, however, implies lower costs since these plants are well-adapted to local climates. They are very resilient. Pests and diseases do not damage them much.

The New Alliance has not spelled out how exactly it intends to lift 50 million people out of poverty. Companies have submitted letters of intent, but such information has not been made public. It is not clear that they will contribute to reducing poverty or, if they do, that they will make a real difference. Only vague information on goals, target groups and tangible measures was made available.

The reforms the developing countries are implementing, are lopsided, geared only to attracting private investors. The general belief seems to be that more growth and higher productivity will reduce poverty. The New Alliance ignores that people go hungry today because they are too poor to buy food rather than because there is no food. The people in need lack access to land, water and fair markets. Unfortunately, the New Alliance has closed its eyes to the issues of distributive justice and environmental sustainability.

Large-scale PPPs lead to serious hunger risks because they compound problems of inequality without doing anything to support the poor in a targeted way. The expansion of huge agri-businesses will further marginalise impoverished peasants who will thus be left behind by development. Measures that only serve well-placed farmers, but make the poorest suffer more, or – in the best case – do nothing to improve their lot, are not the right approach to fighting hunger.

Oxfam insists that there are more effective, empirically tested ways to use public money to reach out to the rural poor and protect the environment. In Germany, an alliance of twelve NGOs, including Oxfam, FIAN, Friends of the Earth and others, is collecting signatures in a campaign called “No development assistance to agri-corporations”.

In line with the “New Vision for Agriculture”, which was spelled out by the World Economic Forum, the German Food Partnership (GFP) is geared to boosting productivity and improving supply chains in rural areas of developing countries. The Federal Ministry for Economic Cooperation and Development (BMZ), private-sector companies and the Bill & Melinda Gates Foundation have jointly pledged to make available € 80 million for projects. Skills training for farmers is a GFP focus area.

The Better Rice Initiative in Indonesia is an example of how private-sector companies are involved in designing and implementing such training programmes. They pay the advisers moreover. BASF, the chemicals giant, has hired a project manager who heads a team of coordinators in the GFP context. GFP test and demonstration farms use the products of companies such as BASF and thus support marketing efforts.

Whereas farmers’ organisations and civil society in general get no say, the BMZ allows the corporate sector to contribute to defining the programmes. Corporate actors like Bayer Crop Science, however, clearly state their interests: “Our business is to sell pesticides and seed.”

Civil-society organisations in Germany do not want German ODA money to support the sales of private-sector companies and help them expand into new markets. In any case, the paradigm of capital-intensive, high-input agriculture is problematic. Boosting farm productivity with ever more chemical fertiliser, pesticide, hybrid seed and technology in the green-revolution tradition is environmentally destructive. This approach is certainly no alternative to traditional farming methods and landrace cultivation.

Development policy, moreover, must always focus on those who suffer hunger, so smallholders and their organisations must be invited to participate in decision making right from the start. From a human-rights perspective, the overarching imperative is to involve and promote marginalised people.