Undocumented job is best opportunity many Pakistanis get

Informal and home-based work are prominent features of many developing economies, including in Pakistan. This sector is largely undocumented and operates outside the regulatory framework. Women are affected in particular. 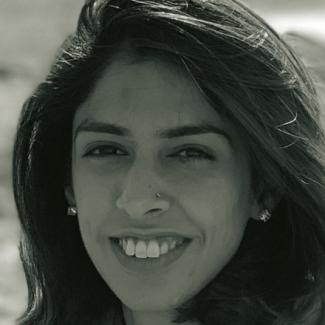 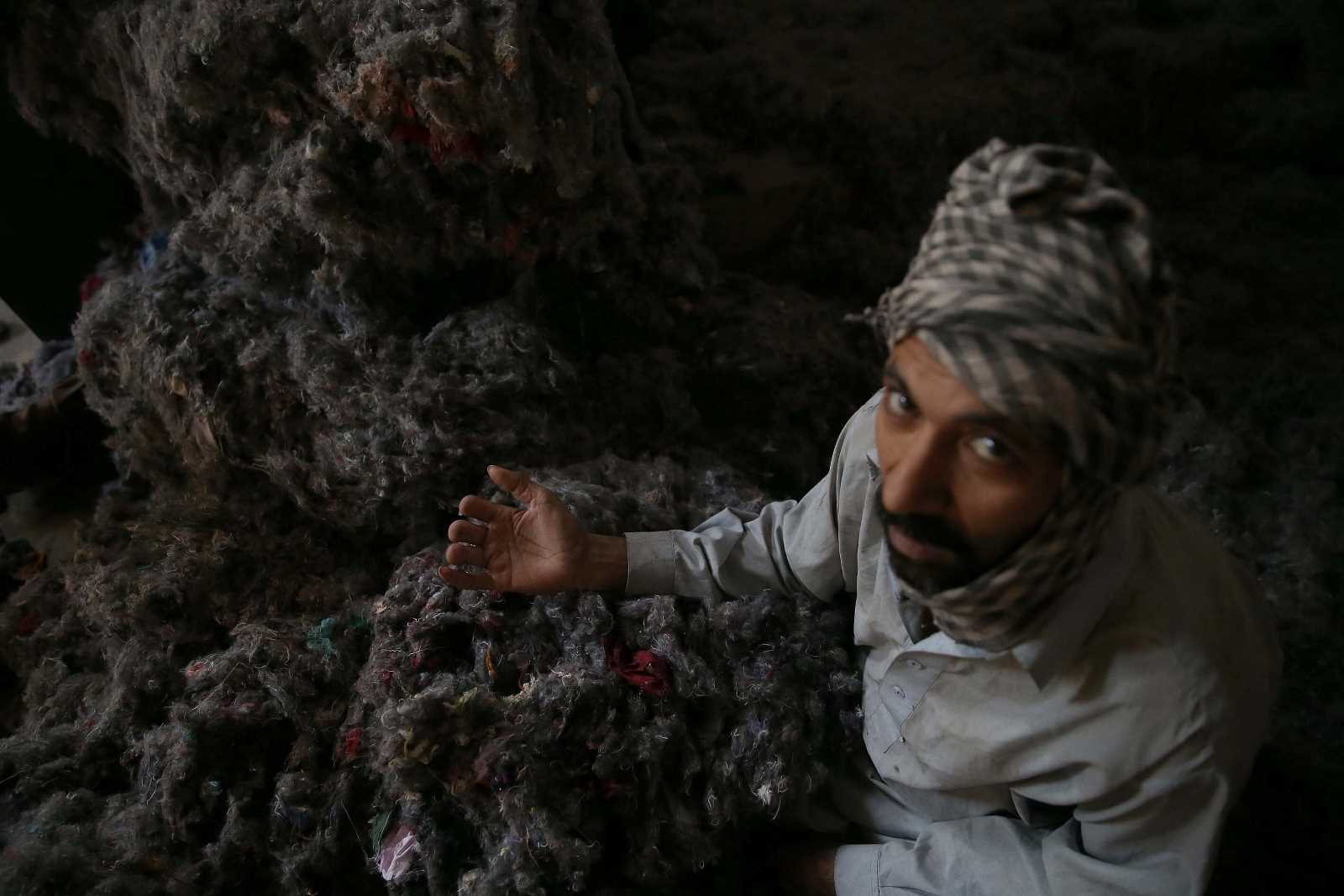 picture-alliance/AA/Metin Aktas Three fingers lost in an accident: a worker of an informal wool processing business in Peshawar in 2016.

A large informal sector has several important downsides. Persons involved in what is also called the “shadow” or “grey” economy, typically do not benefit from governmental social-protection systems such as pension schemes or health insurance (see Markus Loewe on www.dandc.eu). The businesses concerned, moreover, do not pay taxes and thus do not help to boost governments’ fiscal power. Additionally, non-application of labour rights and environment regulations to informal activities can cause considerable harm.

As is true in many Asian and African countries, Pakistan has a large informal sector. The World Bank estimates that the informal sector contributes a little more than one-third to the country’s gross domestic product. According to the Asian Development Bank, more than 90 % of the businesses with 50 employees or fewer are operating informally.

According to Pakistan’s official Labour Force Survey of 2020/21, the informal sector employs almost 75 % of the working-age population. A significant share is busy on farms, which is typical of economies depending on agriculture. One implication is that informal work is slightly more prevalent in rural areas, but it still accounts for almost 69 % in urban areas. Some kinds of particularly unpleasant work – such as the sorting and recycling of garbage – are mostly done informally as well (see Imran Mukhtar on www.dandc.eu).

Many factors have contributed to the growth of the informal sector over the years. The most important is that formally registered businesses and government agencies have not been able to absorb the rapidly growing workforce, which is a direct consequence of the “youth bulge”. Pakistan has a comparatively high birth rate. In 2017/18 it was an average 3.6 children per women (see Mahwish Gul on www.dandc.eu), and almost two-thirds of its 220 million people are between the ages 15 and 33.

Ease of entry and exit of workers in informal businesses make such ventures lucrative. Around 40 % live below the poverty line, and 75 % of these people are women. People are often forced to earn money in informal occupations while hoping to find a more rewarding formal-sector job. Pakistan is currently struggling with a serious economic downturn and high inflation, so many people are increasingly desperate and willing to accept tough labour conditions.

Moreover, many women work in informal occupations. This is a global pattern (see Sundus Saleemi on www.dandc.eu), and it is reinforced in Pakistan because many women appreciate the opportunity to pursue income-generating activities at home. Such work is invisible to the public. Conservative households can make it difficult to leave the home, but families often depend on female members contributing to the household income. On the other hand, some women do play visible roles, including as leaders of informal businesses.

In some cases, moreover, people actually prefer to keep things informal. The state administration is known for red tape and tedious procedures, so it is sometimes easier to simply avoid dealing with cumbersome legal processes.

As a general rule, informal businesses are small and labour-intensive. Profits and wages tend to be meagre (see Iwan J. Azis on www.dandc.eu). A major issue is that informal entrepreneurs struggle to access credit. In Pakistan, however, things have improved to some extent due to efforts made by microfinance institutions (MFIs). Some of them are run by civil-society organisations and faith-based initiatives, others by federal and other government agencies.

A prominent microfinance success story is the Akhuwat Foundation, established by Dr Amjad Saqib. It has distributed the equivalent of approximately $ 900 million and boasts a repayment rate of almost 100 %.

MFIs have been making access to financial services easier. Some even offer interest-free loans. Financing, moreover, often goes along with technical support, capacity building and benefits for marginalised communities. Many support programmes are systematically designed to benefit women and prioritise this target group accordingly.

Many serious problems nonetheless haunt the informal sector. An important reason is that protective laws are not only bypassed, but often unknown to people involved. Wages are not paid regularly, for example. Occupational safety is poor, so accidents happen. There is no sick or maternity leave, and workers do not get vacations. Child labour persists in some places. Things become especially murky when subcontractors are involved.

Government institutions are aware of these issues. Some legislative efforts have been made, for example in the province of Sindh. The Sindh Home-Based Workers Act of 2018 was designed to safeguard the rights of informal workers. It has established:

The law offers protection against the non-payment of wages. However, it only applies to one province which is home to around one-quarter of Pakistanis. Moreover, there is little awareness of the law even in Sindh, so enforcement continues to be an issue.

Exploitation can indeed be brutal in the informal sector, but it would be a mistake to believe that only the business owners are to blame. Many of them live precarious lives themselves. Low productivity means their profits stay low too. They get verbal and undocumented orders, so they do not have much certainty of being paid reliably and on time themselves. They have no way to enforce agreements they have made with clients either.

When the Covid-19 pandemic started, the fragility of informal businesses made them highly susceptible. Sudden lockdowns meant that many activities had to be suspended immediately. Even when the raw materials could still be processed at home, access to inputs became difficult. According to Asia Foundation, a San Francisco-based institution, the profits of Pakistan’s informal businesses dropped by almost two-thirds from March 2020 to March 2021. Accordingly, 60 % of the informal workforce was laid off temporarily. Moreover, a quarter of the businesses cut wages to sustain operations. Women were affected in particular.

The pandemic forced many enterprises to revisit and revamp their business models. Not all relevant leaders are literate, but many started to use social-media platform like Facebook and Instagram for gaining access to larger markets. The platforms also helped businesses connect with one an­other, making it easier to source inputs, for example, or to cooperate on fulfilling specific orders. While the pandemic caused much pain, some of the surviving businesses have become stronger.

At the same time, cyber-crime has increased incrementally since the first lockdown. The Digital Rights Foundation, a Pakistani digital-rights organisation, reckons that 70 % of these offences were against women, who are more vulnerable for many reasons, including being on average more poorly educated than men (see Sundus Saleemi on www.dandc.eu).

Cyber-crime made life harder for struggling informal businesswomen, many of whom also had to cope with other gender-related pandemic issues. As was true around the world, the levels of domestic violence increased, for example, and kids, who no longer went to school, needed more attention.

Marva Khan is assistant professor of law at LUMS (Lahore University of Management Sciences) and co-founder of the Pakistani Feminist Judgments Project.
marva.khan@lums.edu.pk