The SDGs are a sound basis for dealing with the major challenges humanity must rise to. To be able to implement policies, however, governments must generate revenues. 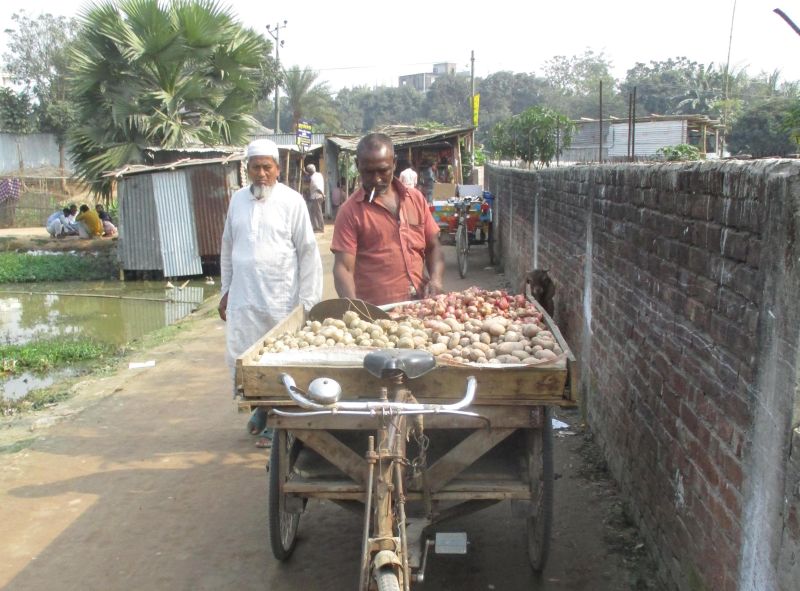 Humanity is facing four dramatic disruptions, according to Joyeeta Gupta of the University of Amsterdam:

The big question is how to react to these disruptions. In the eyes of Achim Steiner, the administrator of the UN Development Programme (UNDP), the Sustain­able Development Goals are a good multilateral response to the disruptive challenges. He points out that the agenda was agreed by UN members in a “surprisingly coherent process”. It is, moreover, the first international development agenda in 70 years that applies to all nations and not only the poorer ones.

Critics have pointed out that the SDG agenda is voluntary. Others say it should be more focused. Steiner warns against be­littling the SDGs. He argues that they deviate fundamentally from previous approaches that were excessively state-centred until the 1980s and excessively market-centred. Unlike the Washington Consensus, the SDGs emphasise collective success rather than competition, with the goal being to foster the “capacity of 7 billion to 10 billion people to act in a sense of solidarity”, he points out.

Cities deserve particular attention if the SDGs are to be achieved, argues Susan Parnell from the University of Cape Town. In her view, urban agglomerations are not only centres and sites of transformation, they are actually pathways for transformation. As cities in developing countries are growing fast and an ever larger share of the world population lives in those areas, it is essential to build sustainable physical and social infrastructures immediately, rather than to allow unsustainable approaches to become locked in. Solutions must be found at international, national and subnational levels.

To implement policies effectively, governments need money. The tax systems of many developing countries tend to be weak and inefficient, however. Improving them is a global challenge.

Mick Moore from the University of Sussex notes that the OECD (Organisation for Economic Co-operation and Development), has been showing a serious interest in reforming the international tax system and stemming illicit financial flows since the begin of the global financial crisis in 2008. The OECD is an umbrella organisation of donor nations, so its legitimacy in drafting global policies is questionable. Aware of this issues, it is keen on involving other parties, according to Moore. The impact of illicit financial flows on the revenues of developing countries is especially hard.

He regrets that developing countries so far have not formed any coalitions to become involved in the tax debate. One consequence is that the OECD agenda has so far not delivered results that would help them. Lacking up-to date IT-supported taxation systems, Moore explains, they cannot benefit from the kind of automated data-sharing the rich nations are introducing.

The global tax system is complex and incoherent. It results from national laws and bilateral treaties. There is no multilateral agreement to regulate it nor a multilateral institution to manage it. Accordingly, it has many loopholes. As Odd-Helge Fjeldstad of Bergen’s Chr. Michelsen Institute points out, there is a huge international industry of banks, accountancies and wealth managers that facilitate tax avoidance (which is legal) and even tax evasion (which is not). He says an international tax convention would be useful, but acknowledges it is unlikely to happen.

Catherine Ngina Mutava of Strathmore University in Nairobi says it is time for African countries to “get their act together”. The problem, according to her, is that government leaders often pay more attention to providing their countries’ wealthiest people with loopholes than to generating revenues. After all, they tend to belong to this group themselves.

Mutava reports a current example. Ahead of the recent election, the Kenyan government rushed through legislation to establish a tax haven in its own country. Financial institutions operating there are exempt from national rules and regulations as well as from central-bank oversight. The president and the vice-president are members of this tax haven’s board. Mutava says that “elite capture” is common in many African countries.

Things are different in Scandinavia, where societies are known to be egalitarian. According to Karl Ove Moene of the University of Oslo, the general perception of Nordic countries massively redistributing incomes with taxes is distorted. The truth, he says, is that pre-tax incomes diverge less than in most other countries. The reason is that the technology used by the highest earners is only about 110 % more productive than the technology used by the lowest earners. The comparative figures are 330 % in the USA and an astounding 2260 % in India.

Scandinavian governments do not simply take money from the rich and hand it to the poor. Taxation matters in a different way, as Moene recently argued at the EADI Nordic Conference, which was hosted in Bergen in August by local academic institutions, the Norwegian Association for Development Research (NFU) and the European Association of Development Research and Training Institutes (EADI). Properly funded states can build infrastructure and provide good public education and health care. According to Moene, these things empower large numbers of people to acquire and use the skills they need to earn good wages.

Moene thinks, orthodox economists are wrong to merely consider the costs of welfare-state policies. For masses of people, the same policies reduce the costs of essential services, which allows them to become more productive, get higher incomes and accelerate their nation’s economic growth. Well-regulated capitalism, Moene argues, is not only capable of limiting inequality, but actually thrives on doing so. After all, Scandinavian countries have proven to be good at adapting to innovations and changing world-market trends.