Civil-society groups are under increasing pressure in many countries. Moreover, many of them face cuts in funding from foreign donors. In view of such “shrinking spaces”, new flexible solutions are needed, so new support strategies must be drafted.

contributed to D+C/E+Z in spring 2017 as an advisor on civil-society support with Bread for the World, the development and relief agency of Germany’s Protestant churches. 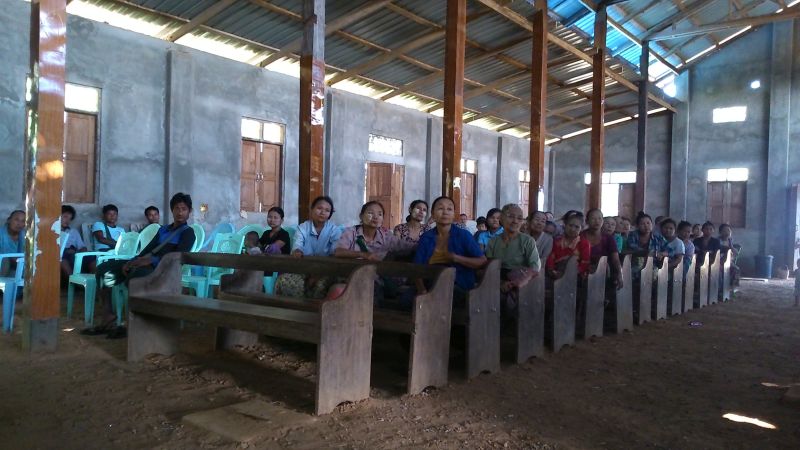 Geppert Members of local self-help groups in the Irrawaddy Delta in Myanmar gather in their church to discuss how they can improve their incomes by communal pig farming.

The democratic space in which civil society operates is being restricted in many parts of the world. According to the international network Civicus, six out of seven people in 2016 lived in countries in which human rights are curtailed. The freedoms of expression, association and assembly are affected in particular.

One way Bread for the World, a Protestant German agency, is trying to reverse this trend is by lobbying Germany’s Federal Government and the EU to speak out. An­other approach, which does not attract much international attention, is grassroots based and targets civil-society groups and their local constituencies. It serves to help civil-society actors to develop the skills they need to take advantage of limited spaces in order to have an impact of social relevance.

Even where civil-society space is shrinking, work that serves public welfare rarely attracts scorn, so the civil-society groups that are involved can get support from outside. Bread for the World is an agency that reaches out to grassroots’ actors. Among other things, it supports civil-society groups in caring for people who are sick, disabled or elderly to work in education or provide health services. It is possible to create small spaces for active participation – and it makes sense to expand them to the extent possible. For this, it is useful to rehearse participative action with grassroots self-help groups. It is promising to cooperate with churches. Due to their community work, they have extensive networks and ground-level structures (please also note article on the matter). In cooperation with them, it is possible to stay under the government’s radar and still raise awareness for politically sensitive topics even in remote areas.

Work on non-controversial issues, such as health care and education, can lead to new alliances, which then become training grounds for networking and self-organisation. Democratic principles can thus be experienced daily. Moreover, civil-society action of a non-political nature helps to build trust in local communities, which, under restrictive conditions, tend to be apprehensive. Trust matters for conveying information on rights and opportunities, thus boosting people’s understanding of the law. Where civil-society organisations come under pressure, foreign donors should help them to “make it through the winter”. Such support, however, must be flexible enough to allow partners to restructure and rename operations or to mobilise support groups in exile to act as low-key international intermediaries.

Civil-society groups that are under pressure especially need organisa­tional development support to strengthen their internal governance. They must strengthen their management structures because gov­ernments often use internal non-transparency and mismanagement as pretexts for shutting organisations down. To be safe from smear campaigns, civil-society agencies must guarantee clean management as well as the adequacy, quality and reliabil­ity of their organisational structures. More­over, they must convey these facts to the general public. Public respect and support are the best protection.

Meike Geppert is an advisor on civil-society support with Bread for the World, the development and relief agency of Germany’s Protestant churches.
meike.geppert@brot-fuer-die-welt.de