“The pros outweigh the cons”

Many developmental programmes and projects would not be feasible without support from philanthropic foundations. Such dependency goes along with risks however. Thomas Loster, the chairman of Munich Re Foundation, assesses the issue. 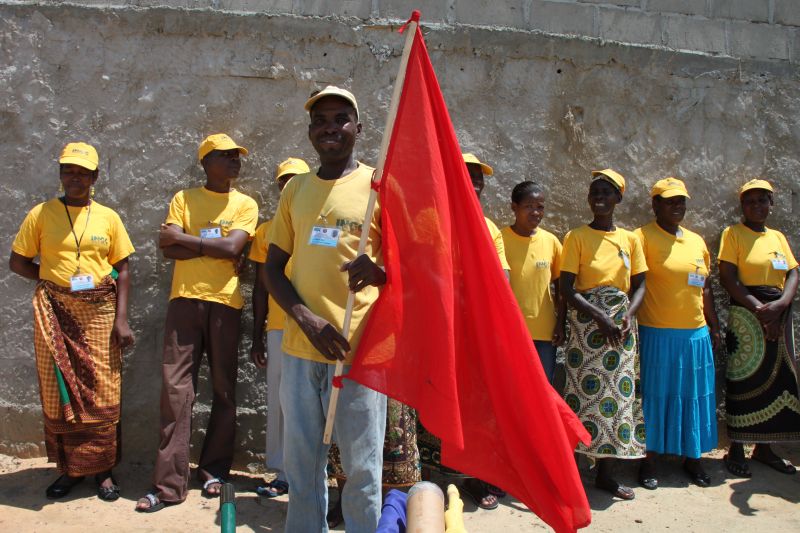 What function do foundations – and philanthropists in general – serve in international development?
I see a double role. On the one hand, they meaningfully complement the efforts made by national development agencies, for instance by contributing funding. On the other hand, they do relevant research and fund studies, some of which are very valuable. The Munich Re Foundation, for example, has prepared studies concerning micro-insurance all over the world. Such insurance schemes help to better protect people in poor countries from plunging into poverty after shocks such as illnesses or accidents, for example. Our data can serve to improve social-protection programmes that are run either by governments or private-sector institutions. Many foundations are backed by a private-sector company. Accordingly, their agenda tends to be somewhat different and more results-driven than many approaches typically taken by state agencies that respond to politics.

When a major corporation starts a charitable foundation, that step will most likely serve a PR purpose, won’t it?
Yes, that suspicion makes sense, and it will hold true in some cases. It matters, however, that foundations act somewhat independently of their main sponsors, and that is true of corporate foundations too. When a private-sector enterprise establishes a foundation, that is basically to be welcomed, and we should appreciate its pride and its urge to communicate its achievements. So yes, there is a PR element, but it normally is PR for a worthy cause.

Are there corporate foundations, according to you, that basically serve the PR purpose?
Well, that does happen. Normally, however, foundations work in a transparent way and can be assessed by what they contribute. They certainly have a profile of their own. If a foundation only serves a PR purpose, that will be noticed easily.

Who funds foundations, and who controls them?
Normally, they are endowed with capital, which can actually amount to billions of euros. The money is invested, and the returns are used to fund the foundation’s work. In times of low interest rates, smaller foundations increasingly depend on other sources of funding, including donations. They may also co-fund efforts with other agencies. A foundation’s charter defines its mission, and in most cases, there is a board that supervises the operations and the budget. Laws differ from country to country. In Germany, a regulatory government agency ensures that foundations act according to their mission. Non-profit foundations, moreover, are accountable to the national revenue service. German foundations are actually regulated quite stringently. In other countries, of course, other rules may apply.

Is there a need for stronger oversight of foreign foundations?
That’s an interesting question. A big foundation, such as the Bill & Melinda Gates Foundation, for example, will probably be difficult to regulate. Typically, there is some kind of state agency to do that. Legislation demands that foundations must serve the common good, not generate profits, and perform in a transparent manner. There are specific reporting duties. Moreover, non-governmental organisations (NGOs) keep an eye on foundations regarding matters they are interested in. Consider climate change, which is my personal area of expertise. Greenpeace is quite a watchdog. Accordingly, the public is made aware of misbehaviour, for instance, when the Koch brothers’ foundations fund climate denial in the USA. Ultimately it’s all about good governance. The World Health Organization (WHO) has adopted a Code of Practice to stem the brain drain of health-care professionals from poor countries. I believe that knowledge of problems and misbehaviour spreads fast in our times of social media. Perhaps it would make sense to do more monitoring, but that would imply a rather big international effort.

You just mentioned the Koch brothers, billionaires who fund climate denial. According to them, such action is philanthropy. How do you tell political propaganda from charitable action?
I obviously do not endorse their approach at all. And according to Greenpeace, other foundations are acting the same way in the USA. Things like this will always happen where there is freedom of expression. And yes, there will always be some black sheep. But that is true of NGOs too. One cannot say in principle that they are good or bad. It always depends on the context.

What risks do foundations imply for the development sector?
Well, the Gates Foundation, which I have already mentioned, pays medical staff so well that some doctors and nurses left their African countries in the past. That has contributed to some regions now being under-served. So yes, there certainly are risks. One has to consider everything diligently. All in all, however, I think the pros outweigh the cons.

Generally speaking, prosperous donors from the private sector are always formed by their own background. The Gates Foundation emphasises the use of masses of data. The Siemens Foundation promotes technical innovations. Your foundation, the Munich Re Foundation, appreciates approaches that involve insurance schemes. Mustn’t the general public be wary in view of corporate interests?
I think the commitment of the foundations you just named is self-explaining. We, for example, are the foundation of the Munich Re corporation, the world’s leading reinsurance. We are doing the best to spread information on the merits of micro-insurance in developing countries and emerging markets. This kind of insurance serves the poor by closing protection gaps. We also promote disaster preparedness. The Siemens Foundation is focusing on entrepreneurship and innovation in developing countries and emerging markets. What is there not to like? Sure, corporations and private persons will give their foundations a mandate that suits their experience. A physician, for example, is more likely to start a foundation that supports medical research than one that promotes music or something like that.

In his book about philanthropists in the USA, David Callahan warns that private donors are increasingly influencing policymaking (see D+C/E+Z e-Paper 2017/07, p. 4). One reason is that public budgets are very tight. What is your take?
I too find this worrisome. Large foundations are very influential, and to some extent they are taking on public tasks. They are running important research on issues such as education, security et cetera. One really has to pay close attention and raise alarm when something goes wrong. The media are playing an important role, and D+C/E+Z is living up to that responsibility by reviewing Callahan’s book, for example. That said, I think that foundations are rather small players compared with other lobbying groups. Just consider the automotive or energy lobbies in Europe or the gun lobby in the USA.

Do we really need foundations?
Yes, I am convinced that we do. As I said, foundations close funding gaps and implement projects that would otherwise not happen. Foundations are promoting worthy causes. The Mercator Foundation Germany is an example. It focuses on topics such as climate change, social inclusion and cultural education. Another important foundation is Deutsche Bundesstiftung Umwelt. Its capital amounts to more than € 2 billion. From its inception in 1992 until 2016, it spent more than € 1.5 billion on about 9,000 projects. This engagement matters very much. The gigantic US-based Bill & Melinda Gates Foundation is investing billions of dollars in issues like improving health care in developing countries, fighting malaria, tuberculosis and HIV/AIDS, for example. It is making a very positive difference.

Thomas Loster is the chairman of the Munich Re Foundation and a member of D+C/E+Z’s advisory board.
tloster@munichre-foundation.org