Ten years after its publication, the book Persepolis is as relevant as ever. Marjane Satrapi describes growing up in Tehran and Vienna in a way that is at once funny, poignant and alarming. She conveys what impacts war and fundamentalism have on people, and how living in exile can destabilise an adolescent person. This is the first part of our Summer special in which we recomend holiday reading in our In Brief section. 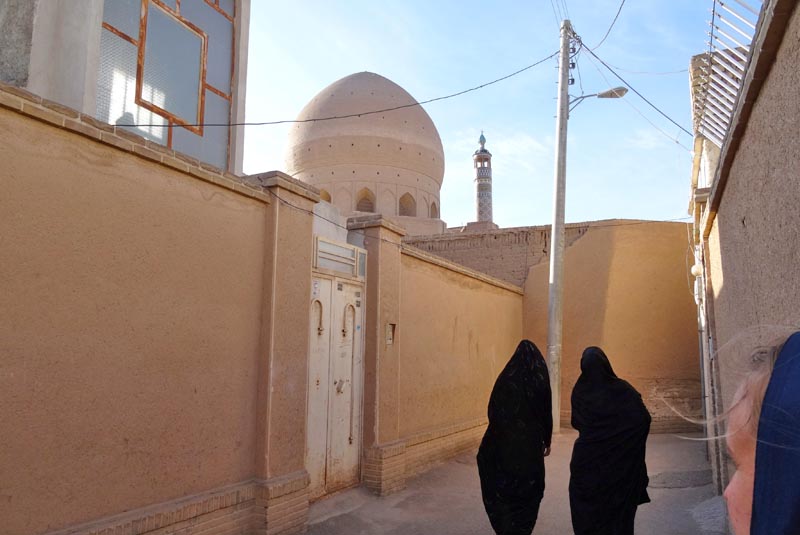 The picture shows a little girl with a huge headscarf. The text reads: “This is me when I was 10 years old. This was in 1980. The year it became obligatory to wear the veil at school.” Marjane Satrapi starts her autobiography in comic-book format with this scene.

At the age of ten, Satrapi experienced dramatic change in her home country. In 1979, the Iranian revolution topples the Shah regime, and the Islamic Republic is established. In the child’s life, nothing stays the same. Girls and boys are no longer taught together at school. Her parents go to rallies, and after a western journalist takes a picture of her mother, she changes her hair style and looks so she will not be recognised.

Satrapi’s simple black-and-white pictures are forceful. She recalls episodes of her life in Tehran and later, in exile, in Vienna. She is a keen observer and has a good sense of humour. She skilfully assesses the political fate of her country. Step by step, the fundamentalists establish a reign of terror. Relatives end up in jail. Grown ups speak of torture and murder. The absurdity and the contradictions of the revolutionary guards‘ ideology become evident. For such reasons, the young girl never quite adapts to the new system, but keeps checking how far one can go.

In one episode the revolutionary guards detain her for a whole day. Her red socks are the only reason. What seems absurd, has an inherent logic however: “The regime had understood that one person leaving her house while asking herself: Are my trousers long enough? Is my veil in place? Can my makeup be seen?, no longer asks herself: Where is my freedom of thought? What’s going on in the political prisons?”

During the first Gulf war, many goods become scarce, and ever more young men are drafted into military service. When bombs fall on Tehran, her parents decide to send their daughter to boarding school in Vienna.

Moving to Austria, however, does not make her live any easier. “I had come with the idea to leave religious Iran for an open and secular Europe,” she writes. However, she ends up in an institution run by Catholic nuns. Once more, she does not conform with the rules and norms of her religious  supervisors. She struggles to make friends with the other girls, moreover, because their world view is totally different. Eager to belong, she suffers a serious crisis.

Returning to Iran to study visual communications four years later, however, she discovers that she feels alien at home too. She must decide where she really belongs.

Satrapi has been living in France since 1994. Her book is a touching portrait of Iran, but it is just as much an account of life in exile and an assessment of refugees’ plight in Europe.

A movie based on the book was made in 2007. It was a huge success and nominated for an Oscar in 2008. At that point, the movie was first shown in Iran. “It would have been the first Iranian movie to win an Academy Awared,” Satrapi later told the German newspaper Frankfurter Rundschau. According to her, the authorities screened the movie seven times, in a hall with 75 seats. However, 25 minutes were cut, allegedly because of sex scenes. “Suddenly I was considered perfectly fine,” Satrapi said, “after having been denounced as enemy of the state, whore of the west and informant of the CIA and Mossad for a long time.”  Ultimately, the movie’s fate revealed the contradictions of Iran’s regime just as vividly as various episodes in Persepolis do.

At least and at last

Dealing with the past