Prime Minister Abiy Ahmed has declared victory, but the Tigrayan leadership says the fight is not over. Tens of thousands of people have fled to Sudan. The scenario does not look good. On the upside, the UN has announced an agreement with the government allowing it unrestricted access for delivering humanitarian aid. 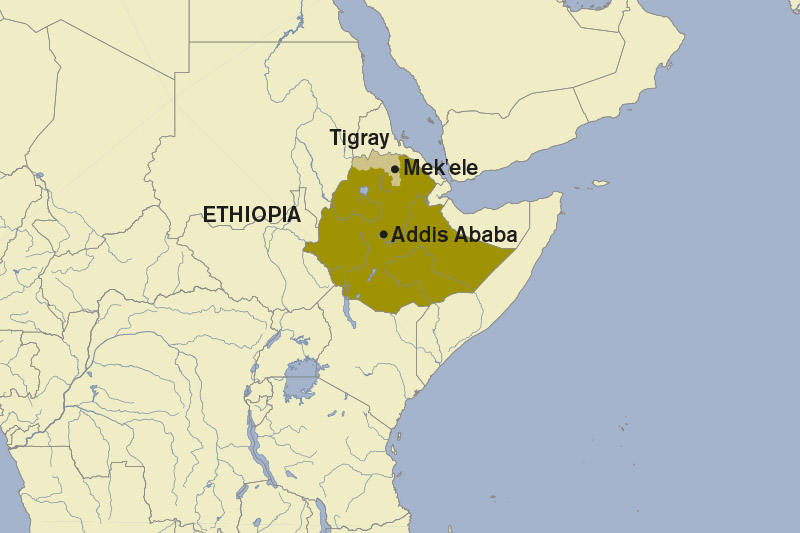 Abiy has sent Ethiopian troops to Tigray and claims to have taken control of Mek’ele, the regional capital. This may, however, turn out to be the beginning of a long and bloody civil war.

The background is that the Tigray People’s Liberation Front (TPLF), which is led by Debretsion Gebremichael, is not just one of many political parties. It has a long history of successful armed struggle – and it used to be the dominant force in the Ethiopian People’s Revolutionary Democratic Front (EPRDF), which took power after toppling Mengistu Haile Mariam, a military dictator, in 1991. The EPRDF was based on several militia organisation that were recruited along ethnic lines.

Under EPRDF rule, Ethiopia formally became a federal republic. The major ethnic groups got subnational states of their own. The national government, however, stayed quite powerful, and its leadership’s mentality was shaped by the experience of war. Anyone who dissented, was fast considered a traitor. Civil liberties and human rights were often infringed upon. It is a depressing pattern that militia leaders develop authoritarian attitudes in liberation wars - and do not change after victory. Indeed, they feel entitled to rule given that they sacrificed so much during the armed struggle.

Debretsion fits the pattern. The TPLF has shaped his life. The former rebel had ambitions to become Ethiopia’s prime minister in 2018, but the EPRDF chose Abiy instead. The reason was that animosity against Tigrayan dominance was building in many Ethiopian regions. Especially the Oromo and the Amhara felt sidelined. The Oromo are Ethiopia’s most populous ethnic group and the Amhara are the ethnic group that was dominant under the rule of both Mengistu and, before him, Emperor Haile Selassie.

Ethiopia was never a colony, but only occupied by Italy for a few years in 1930s and 1940s. The Amhara Empire controlled much of the land that is Ethiopia today. Its rule was always autocratic, though things probably only got worse under Mengistu.

A new leader with a new party

Abiy is an Oromo, and as a young man, he joined the Oromo militia that represented his people in the EPRDF. He too has thus been shaped by the militia mentality. After becoming prime minister, he dissolved the EPRDF and started a new party. Quite obviously, that step served to further reduce the influence of the TPLF. Tensions between Tigray and the national government have been growing ever since.

My fear is that violence can spin completely out of control. The war between Eritrea and Ethiopia indicates how bad things can become. It claimed up to 100,000 lives. The deadliest years were 1998 to 2000, but peace was only agreed formally in 2018. Abiy was actually awarded the Nobel Peace Prize for signing it. What makes this history particularly scary, is that Eritrea won independence from Ethiopia in the same civil war that brought the EPRDF to power. The Eritrean liberation movement was a close and trusted ally of the TPLF. Nonetheless, the two countries clashed violently only seven years after the downfall of Mengistu.

Eritrea is often considered to be the world’s second worst dictatorship after North Korea. Established donor governments have been ostracising Eritrea for a long time – and for good reason. On the other hand, they have been closely cooperating with Ethiopia.

Even though the TPLF-led EPRFD had strong authoritarian leanings, supporting it made sense, and not only because it opposed Islamism and was ready to support western efforts in war-torn Somalia. It was even more important that the TPLF made considerable efforts to develop the country and improve people’s lives. It invested in infrastructure and education. The track record in terms of maternal or infant mortality is good. The economy grew fast. In view of such progress, it was not unreasonable to hope that democratic progress would follow at some point in the future.

That has not happened, but I do not think parties outside Ethiopia are to blame. The conflict that is unfolding now follows age-old fault lines. Tigrayans are a comparatively small ethnic group. They account for about six percent of Ethiopia’s population. Like the Amhara, they have a long history of literacy. The Tigrayan language, moreover, is Eritrea’s official language. Cultures with thousands of years of writing tend normally to consider illiterate ones inferior.

Compounding the problems, the TPLF was not happy about Abiy making peace with Eritrea. Its leaders have now decided not to cave in to Abiy, and Abiy is forced to insist on his supremacy. Both sides are likely to prove very stubborn. Neither side is likely to be impressed by high numbers of casualties. Foreign diplomats will struggle to mediate, as the parties to the conflict will clearly consider this to be a domestic affair, though perhaps the TPLF may try to make the violence spread into Eritrea once more.

Without the undeniable development success of the past three decades, civil war might well have erupted much earlier. My hunch is that the TPLF leadership, aware of its minority status, hoped to be able to cling to power for much longer if it managed to improve people’s lives. Such hopes will not restrict TPLF action anymore. I hope my prediction of a long and brutal civil war will prove wrong, but the signs are certainly not good.