Togolese municipalities are doing more to involve citizens in decision making. Doing so they are boosting transparency and increasing satisfaction. This contribution was produced in cooperation with KfW. 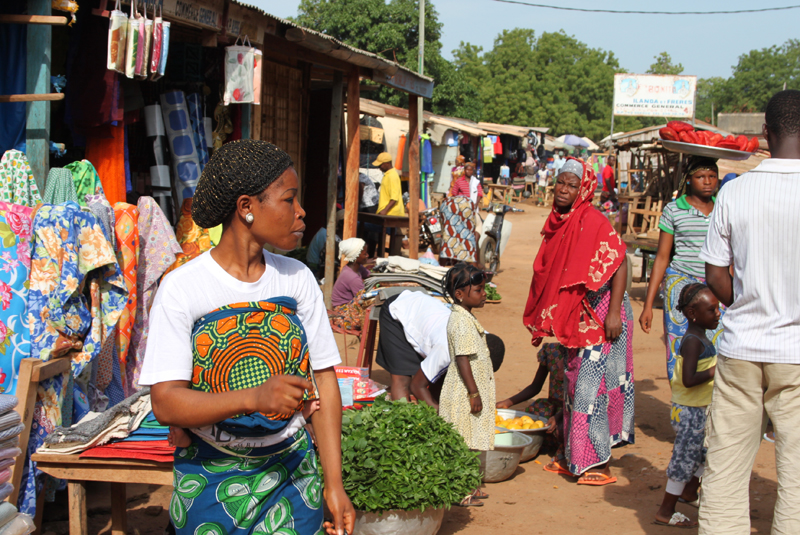 KfW/Maja Bott Sokodé: Marketplaces will be expanded and modernised with concern for people’s wishes.

Tchadjei Ouro-Longa works for the administration of the city of Sokodé in Togo. The 35-year-old man spends a lot of time at radio stations. He regularly takes part in interactive broadcasts, explaining the city’s budget and listening to callers’ complaints. "They want to know what the city does with the money it makes from marketplace fees, for example," Ouro-Longa says. He is the city’s communication manager, a rare position in Africa. His duties include providing information about the administration’s activities, reaching out to citizens and listening to criticism.

"We are very impressed with how explicitly the people express their views," says Maja Bott, the KfW project manager. According to her, even corruption and mismanagement are addressed directly.

To be sure, there still is repression in Togo, a small West African country with around 7 million people. But Bott maintains that Togo’s press is relatively free. KfW Development Bank is helping the country to improve its governance and increase citizens’ involvement in decision making. The hope is that projects will have greater legitimacy and citizen satisfaction will be higher, which in turn should foster economic and social development. Germany is providing € 5 million in support through KfW. Togo is contributing another € 815,000 to the project.

The money serves to improve the economies of the medium-sized cities of Sokodé, Kpalimé and Tsévié. Marketplaces and bus stations will be expanded and modernised. The planners are taking into account the wishes, suggestions and ideas of market traders and customers.

Their views can be gathered more effectively by using modern technology. "Nowadays, 70 % of the people in Togo’s towns have mobile phones," Maja Bott says. Those who do not have a mobile phone can usually borrow one. According to Bott, a citizen feedback loop mechanism based on mobile technology can facilitate broad and systematic par­ticipation in municipal decision making. Radio shows invite citizens to text ideas, criticism or praise to a central number. The results are analysed, published online, aired by local radio stations and presented to the city council.

Politicians thus get direct feedback. The new approach holds them more accountable and forces them to work more transparently than in the past. Women and youth, who do not have much say traditionally, are considered particularly important target groups. "We have asked young people to validate the text messages," Maja Bott explains. They receive the texts on their mobile phones and publish those messages that are understandable and do not contain any offensive content. Tchadjei Ouro-Longa says that interaction between municipal leaders and the citizens has has already clearly improved improved. According to him, Sokodé’s new budget was drawn up with input from people from all walks of life, including market traders, young people and farmers. He’s happy that the new programme will allow even more people to share their opinions. That’s because it’s easier to send an SMS or leave a voicemail than travel to city hall or wait on hold at a radio station. (miru)