In Uganda, the Office of the Auditor General has earned a good reputation for exposing corruption. This contribution was produced in cooperation with KfW. 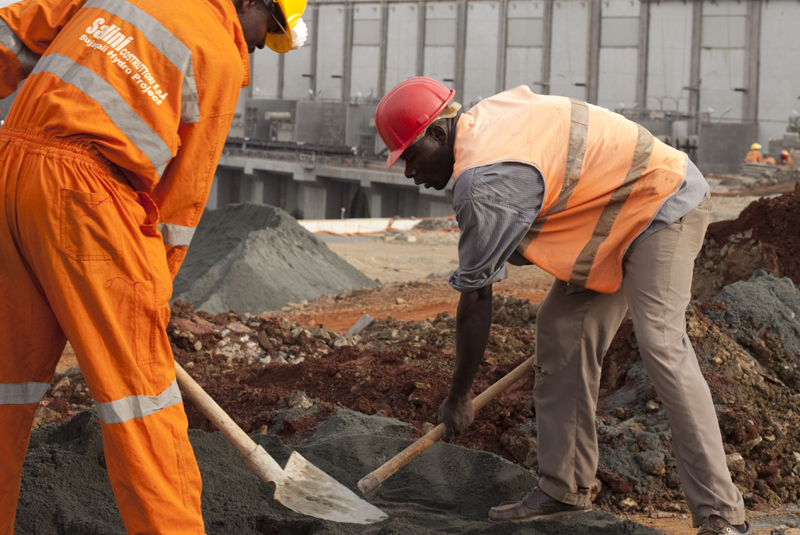 KfW-Bildarchiv/Fotoagentur: photothek.net The Office of the Auditor General monitors public spending on infrastructure in Uganda.

Workers are still puttering around the unfinished building. The exterior walls are surrounded by scaffolding and plastic sheeting. A large sign reveals that this is the future site of a modern, 10-storey office building for a renowned institution: Uganda’s Office of the Auditor General (OAG).

The new building in the government district of Kampala, Uganda’s bustling capital, will soon be where Keto Kayemba works. She is assistant auditor general of the OAG and shows strong commitment to her job. “We provide assurance over how tax payer funds have been used. The independent third eye view of the OAG tends to safeguard tax payer money by ensuring that the executive use the funds economically, efficiently and effectively,” she says proudly. Kayemba is convinced that the OAG is contributing to the development of the East African country.

The institution has operated independently since 2008. It monitors government action from its headoffice in the capital and from 11 regional offices. In fiscal year 2012/13 alone, the OAG conducted over 1,600 separate audits. “The OAG has distinguished itself through a high level of expertise as well as timely and transparent reporting,” says Anja Kramer, who heads KfW’s office in Kampala. According to Kramer, the OAG’s work is widely recognised and appreciated. In 2011, Uganda even won a prize for the best value-for-money audit in the African Organisation of English-speaking Supreme ­Audit Institutions (AFROSAI-E).

Keto Kayemba emphasises that the Ugandan government appreciates and respects the OAG. She points out that it cooperates closely and well with members of parliament. The auditors take their duties seriously and do not cave in to intimidation. A year ago, for example, the OAG reported that at least € 13 million had been embezzled by the office of the Prime Minister. The money was earmarked for developing the northern part of the country, where peace was recently restored after decades of strife. Instead, the funds seem to have ended up in the pockets of individual officials.
The press, which is relatively free in Uganda, reported on this and other corruption scandals. On the one hand, international donors were dismayed by the collusion and opportunities to bypass national stems and withheld development assistance in response. On the other hand, they were glad to see an independent Ugandan institution uncovering the misuse of donor and own funds. “This experience proved that the OAG’s external control is working,” Anja Kramer stresses.

Through KfW Development Bank, the German government is helping to make governance in Uganda more effective and transparent. Germany intends to support reforms in the public finance sector together with other donors with another € 11 million in aid, € 5 million of which will be given to the OAG so it can expand its efforts.

According to Keto Kayemba, the OAG now employs almost 500 people. In addition to monitoring the central government, the institution is also responsible for overseeing local administrations and even schools. It is an enormous, country-wide task. KfW plans to continue supporting the training and further education of OAG employees. Special equipment is being provided for technical inspections; IT systems are being improved. Furthermore, two new regional offices are being set up in order to facilitate the OAG’s work outside of the capital. Michael Ruffert

Position of the WHO at the beginning of the pandemic