Dissatisfaction with the court

African governments are challenging the legitimacy of the International Criminal Court (ICC), accusing it of being biased against their continent. Three have declared their countries’ intention to cease being ICC members. The African Union (AU), moreover, has been criticising the ICC for years, and its arguments deserve attention. A balanced debate concerning the future of international criminal justice is needed.

last contributed to D+C/E+Z in summer of 2020. She is is a Kenyan lawyer who specialises in human rights and international criminal law. 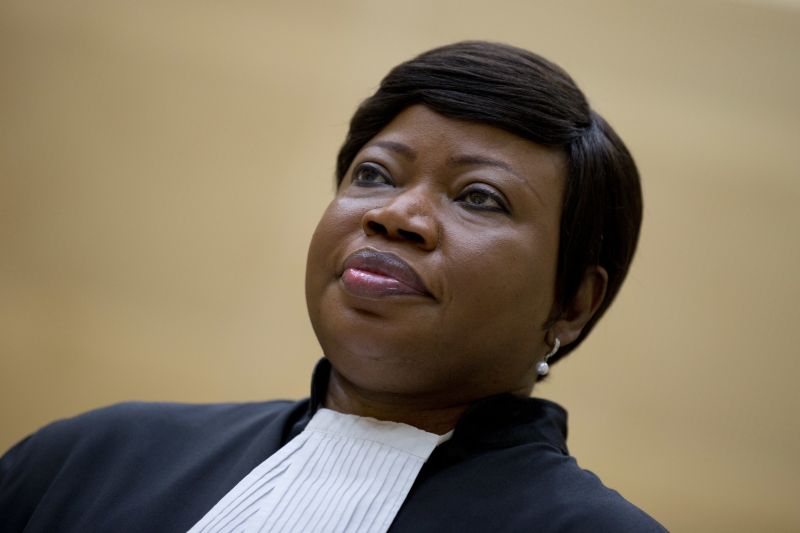 The Nuremberg Trials in 1946 after World War II are considered the birthplace of international criminal law (ICL). For the first time, individuals were prosecuted for “new” crimes – crimes that had not been defined as such when they were committed. Also for the first time, defendants were tried for crimes against peace, crimes against humanity and war crimes. Several Nazi leaders were found guilty, and some were hanged.

Previously, only states, but not individual persons, had been subjects to international law. An important Nuremberg judgment included the statement that “crimes under international law are committed by men, not abstract entities, and only by punishing individuals who commit such crimes can the provisions of international law be enforced”.

The principle of sovereignty under international law confers sovereign states with the power, authority, rights and duties to manage their own people and territory. States have the duty to prosecute persons who commit crimes within their jurisdiction. After World War II, however, the international community felt it had to act in cases when states were unable or unwilling to take culprits to court. The setting up of international criminal tribunals – including the ICC – was thus guided by the notion that serious crimes undermine international peace and security and must therefore not go unpunished.

Today, the relationship between African governments and the emerging regime of international criminal law is at a crossroads. Burundi, South Africa and Gambia have announced they will quit the ICC. To some extent, these decisions are self-serving. For example, Burundi’s President Pierre Nkurunziza is obviously irritated by the ICC having begun to investigate the violence that has been rocking his country since he declared he would cling on to a third term in office early last year.

On the other hand, the AU has repeatedly criticised the ICC since 2009, when it issued the first arrest warrant for Sudan’s President Omar al-Bashir, accusing him of genocidal violence in his country’s Darfur region. The tensions increased when Uhuru Kenyatta and William Ruto, who had been indicted for Kenya’s 2007/08 post-election violence, became the country’s president and deputy president in 2013.

The growing tensions are worrying in regard to Africa’s development and the application of international criminal justice. Some of the worst atrocities of the past decades have been committed in Africa, mostly by Africans themselves, and always with African victims. Some of the architects of these atrocities have been held to account. Among them are those responsible for the violence under South-African apartheid, the Rwandan genocide and most recently Hissène Habré of Chad.

Africa is not, of course, the only place where atrocities have occurred. Of those committed in Europe, Asia and the Americas, some have been addressed, but many have not. One reason is that only the UN Security Council can initiate ICC proceedings if a country is not an ICC member. Syria, for example, never joined, while most African countries did.

To explain tensions between African governments and the ICC, some observers have suggested that the conception of justice in Africa differs from the one adopted by the international community. Proponents of this argument claim that the “western” conception of justice is being forced upon Africans. However, the concept of justice is not only contentious in Africa but everywhere. There is a collective understanding that individuals are to be held accountable for their crimes and that their victims deserve some form of redress. This notion is broad and imprecise, however. The details are what prove contentious.

Following the indictments of al-Bashir, Kenyatta and Ruto (the latter have since been withdrawn), the AU raised a number of challenging arguments. Most important, it claimed that the indictments could jeopardise ongoing efforts to bring about peace and thus cause further destabilisation.

This line of reasoning cannot be easily dismissed. Indeed, punitive forms of accountability may harm efforts to end a conflict, build national unity and bring about reconciliation. Quite obviously, indicting current heads of states and government or other senior officials may destroy the ability of the governments concerned to perform basic functions.

In the case of Kenyatta and Ruto, it was argued that Kenya was a fragile state in view of the post-election violence that had erupted in 2007/08 and that things might get even worse in the absence of its top government leaders. The implication was that elected officials must not be taken to court so long as they hold office. An underlying problem, of course, was that the ICC prosecutor was accusing Kenyatta and Ruto of having contributed to the 2007/08 election violence. Not tackling that history meant leaving Kenya in the hands of the very men who were suspected of having caused its fragility.

A particular irony of the matter was that both indicted politicians had promised to cooperate with the ICC during the election campaign of 2013, but argued that the ICC was interfering in Kenya’s sovereignty once they were in office. It is true that Kenyatta and Ruto were opponents in 2007/08, but even the fact that their joint ticket won a majority in the elections five years later does little to make people who were victimised by the rioting feel safe.

African observers, moreover, state that the ICC is continuously “targeting” Africa and that this attitude is an expression of its western bias. In this view, the international criminal justice system is divided into two: the rich and powerful countries on the one hand and the less powerful countries on the other hand. International criminal justice is thus blamed of hypocrisy.

Such criticism is based on legitimate as well as illegitimate concerns. It is, however, difficult to discern that the ICC has a fundamental anti-African bias. Many cases brought to the court were self-referrals by African countries concerned. Only two situations (Sudan and Libya) were referred by the UN Security Council (UNSC), and another two (Kenya and Cote d’Ivoire) were referred by the ICC prosecutor. Clearly, the ICC should not be accused of bias when it is acting on behalf of the UNSC, and even less when the countries concerned move it.

he AU plans to extend the jurisdiction of the African Court of Justice and Human Rights to include international law and transnational law crimes (see box). This is a worthy initiative and may contribute to improving development of international criminal justice. It will not be a substitute for the ICC, however. The three African governments tha plant to quit the ICC did not point to the proposed African Court’s role in pursuing criminal accountability especially for international crimes. Their announcements show a disinterest in criminal accountability at the international, regional or domestic level. The choice of three individual governments, however, is not a pan-African one.

Darleen Seda is a project officer and researcher at the International Nuremberg Principles Academy. She is also an advocate of the High Court of Kenya.
darleen.seda@stadt.nuernberg.de