Paying the price for development

Entire communities are often displaced to make room for large development projects. The World Bank, which supports many such projects, fails to meet its own standards of adequately compensating those affected. 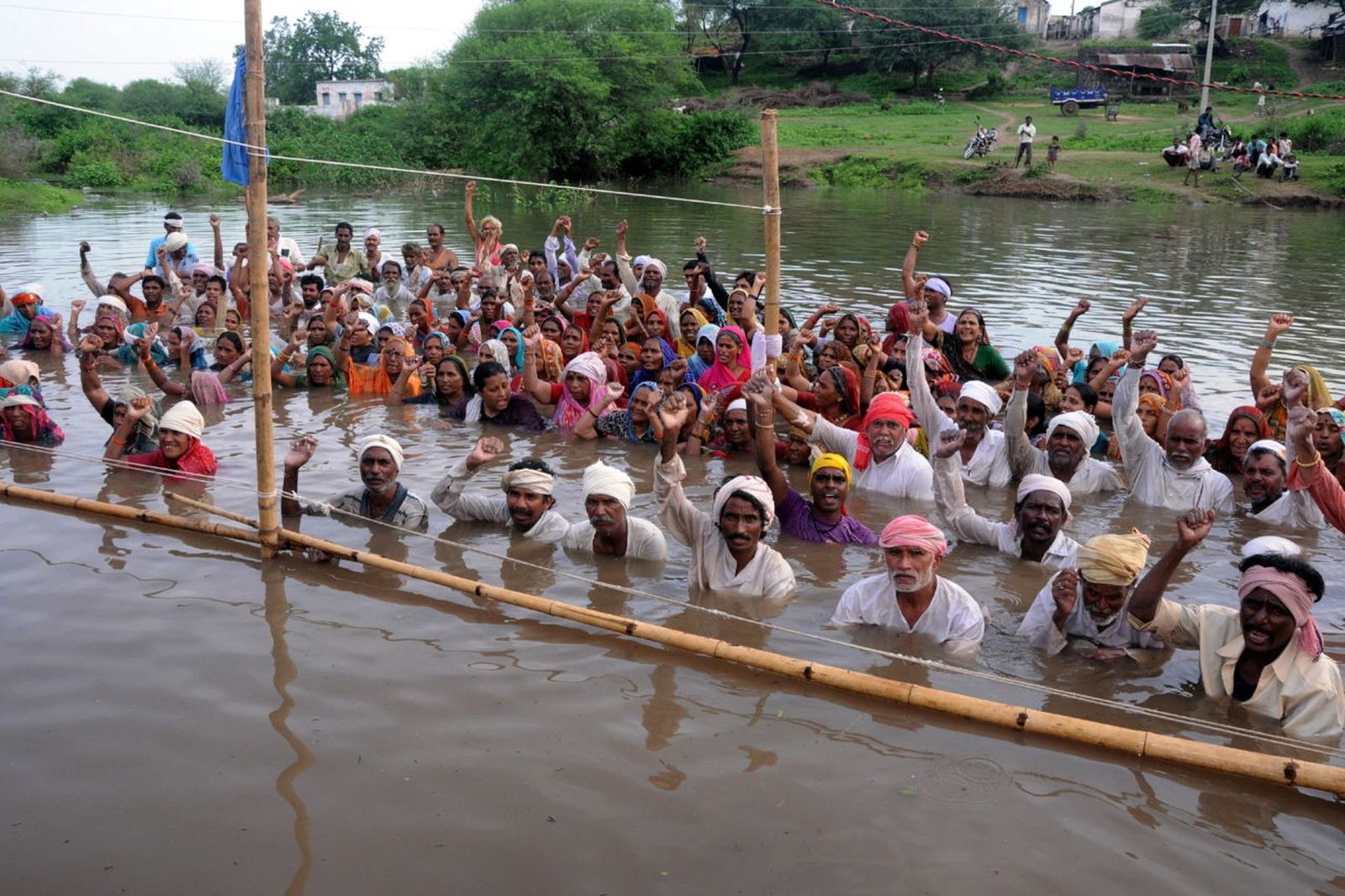 Gupta/picture-alliance/dpa Rural people protesting against their village being submerged because of Omkreswahr dam on the Narmada river in 2012.

Large-scale development projects such as hydro-electric dams, power plants, mines and transport corridors are supposed to benefit entire economies. But ample evidence shows that vulnerable communities pay a heavy price when they must make way for such projects.

Displacement translates into untold pain, impoverishment and wrecking of entire communities. This expropriation continues today despite decades of Bank promises to minimise the impact on displaced people.

Big infrastructure projects require a great deal of land. Even benign-sounding projects such as upgrading urban slums, planting forests to absorb carbon and creating conservation areas for biodiversity typically involve taking over large tracts of land. Almost inevitably that land is occupied by people whose lives and livelihoods depend on it. When those residents are forced to leave, women, children and indigenous peoples suffer disproportionately. Their poverty is made worse, not alleviated in any way.

The total number of people displaced by development projects – whether supported by the World Bank or not – is unknown. Reliable statistics on the matter are simply not compiled. The most frequently cited estimate is 15 million people a year. Michael Cernea, a development sociologist and a leading authority on forced displacement, provided this estimate in a 2007 analysis titled “Can compensation prevent impoverishment?”

Cernea came to the attention of the World Bank and wrote its first policy on compensating victims of involuntary resettlement, which the Bank adopted in 1980. It requires avoiding resettlement whenever possible and posits that people should not be left worse off after resettlement (see my contribution in Focus section of D+C/E+Z e-Paper 2017/07).

Yet forced and under-compensated evictions, and the threat of such evictions, continue, despite large-scale protests. Along India’s Narmada River, for example, protests against dams that would flood entire villages have lasted for over three decades.

In the face of those protests, the World Bank established a commission to investigate its support for the Narmada dams. The commission concluded that the Bank was violating its own policy on involuntary resettlement. This finding led in 1993 to the creation of the Bank’s Inspection Panel, tasked with investigating complaints related to World Bank projects. More than two thirds of the complaints have concerned involuntary resettlement, according to a panel report in 2016.

Those complaints are only the tip of the iceberg. For the most part, the impact of displacement remains seriously underreported. Severe power imbalances combined with repression, remoteness and exhaustion caused by the daily struggle to survive, make it difficult and dangerous to protest.

In 2015 the International Consortium of Investigative Journalists estimated that in the decade between 2004 and 2013, 3.4 million people were displaced physically or economically in World Bank supported projects. Not only did the Bank fail to ensure that displaced people were adequately compensated, it did not even know about their fate.

Since then the World Bank has shifted more of the responsibility for meeting its projects’ social and environmental standards to borrowers. Experience shows that this is unlikely to improve the situation. Governments of low and middle income countries tend to be prepared to sacrifice welfare of marginalised communities for the sake of “development”.

When the United Nations launched its 2030 Agenda for Sustainable Development, it pledged that “no one will be left behind”. Zero tolerance for projects that displace people without adequate compensation would be a good place to start.

Korinna Horta is an independent researcher and resident scholar at the University of Lisbon.
korinna.horta@gmail.com