Water in Kenya’s Kakuma camp is rationed based on family size. Using power from diesel generators, camp authorities pump water to communal taps, where it is collected by residents carrying jerrycans. Since water is limited, most cannot afford to take a daily bath.

last contributed to D+C/E+Z in autumn of 2021. He is an Ethiopian journalist and the founder and editor-in-chief of Kanere. He currently lives in Canada and edits the newspaper remotely. 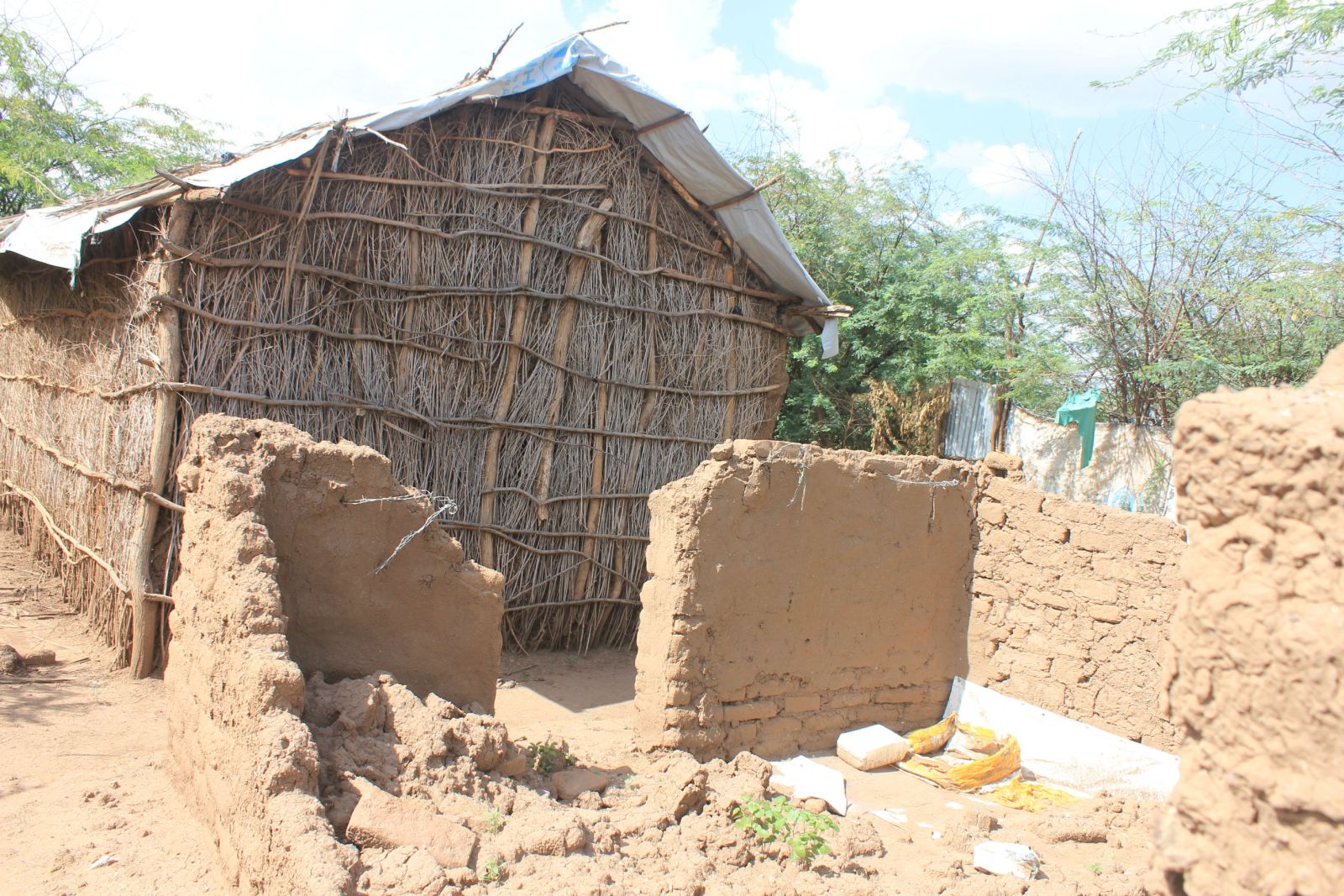 Qaabata Boru This mud-brick house collapsed after a flood.

While the tap water is generally clean, there is not enough for all the households, and that prompts some residents to fetch dirty water from nearby rivers for washing clothes, cleaning utensils and building houses, while saving tap water for drinking and cooking. The use of contaminated water for cleaning utensils can spread diseases that land hundreds of people in camp hospitals.

Throughout the camp, houses lack adequate sanitation. Toilets are pit latrines, and often there are not enough latrines for the number of people using them. Waste disposal services are similarly inadequate. Once a pit latrine is full, a new one is dug, putting a strain on available land. If there are delays in digging new latrines, residents must use the surrounding countryside, in a practice they call “going to the bush”.

Most refugee families share latrines with others in the densely populated camp. “We share toilets with four other families,” says Hassan Morsi, a Somali refugee. “Building a new toilet every year without help is difficult, but this is the situation.”

Rapid growth in the refugee population has severely strained the camp’s sanitation system. The camp lacks an adequate drainage system. When floods occur, pit latrines are often breached, causing waste to spill into streets. This in turn leads to the spread of communicable diseases such as cholera and typhoid.