Lessons of the past

Developing countries must adapt to global warming, a phenomenon they have hardly contributed to. They deserve fast and effective assistance. The lessons of development cooperation must be heeded. So far, donor countries are spending far too little money on climate-related aid, and they are doing so as if there never was a Paris Declaration on Aid Effectiveness.

last contributed to D+C/E+Z in spring 2014 as associate professor at the University of Malawi’s Department of Economics. 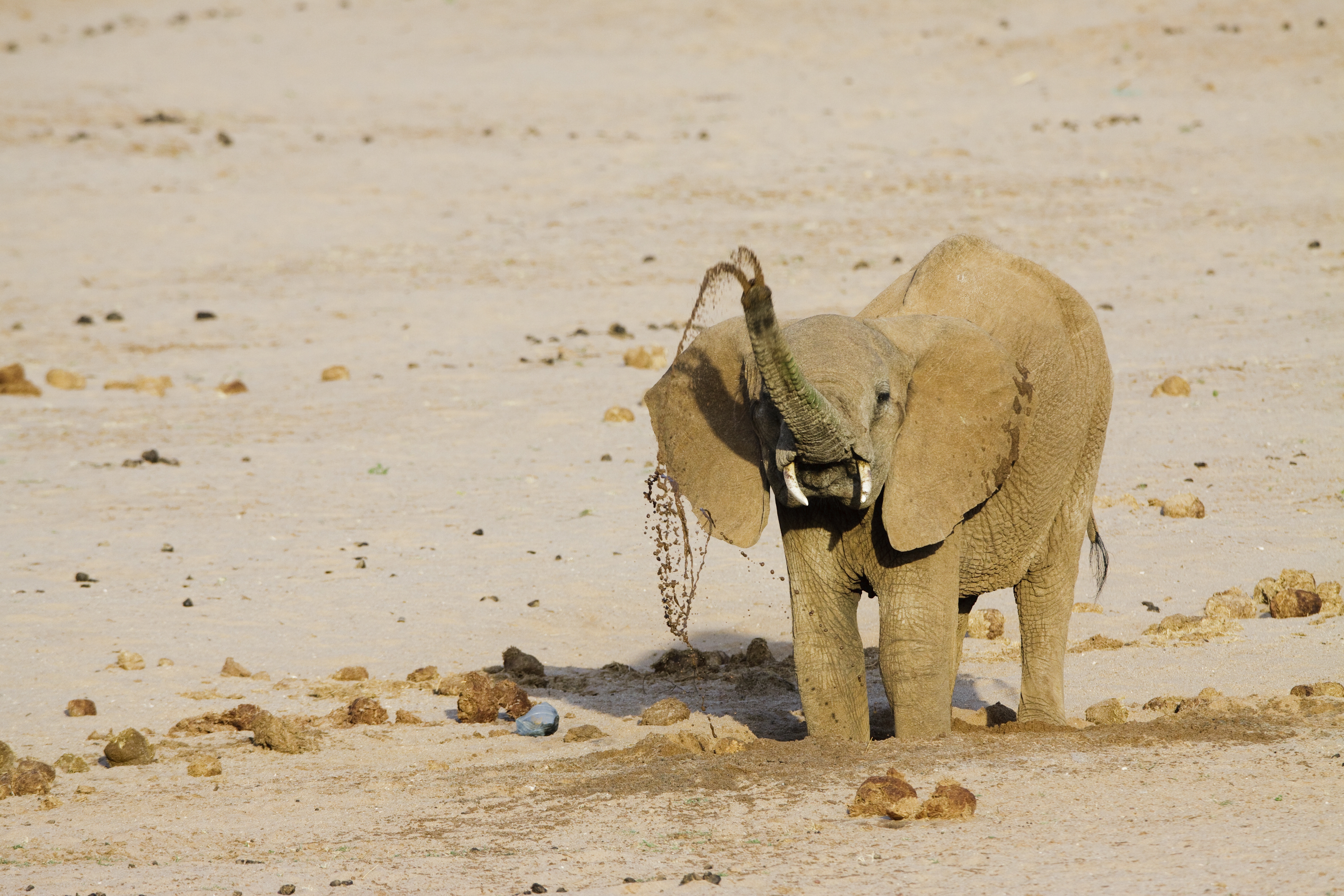 The available evidence suggests that the impact of climate change will mostly hurt countries that have done little to cause the phenomenon. In 2005, the Washington-based World Resources Institute pointed out that only 15 of 195 member states of the United Nations Framework Convention on Climate Change (UNFCCC) were responsible for about 80 % of all emissions of greenhouse gases (GHG). The nations concerned are highly developed, their infrastructure is good and their industries tend not to depend on the weather. They have been emitting GHG ever since the industrial revolution began. It is true that some big economies such as China or India have lately increased their GHG emissions, but their contribution remains small in terms of the historical perspective.

The developing countries, on the other hand, are the ones that are most affected by the impacts of climate change. Such impacts will be particularly strong near the equator, and agriculture-based economies are particularly vulnerable. Typically, the countries concerned lack the resources and capacities to finance and implement measures to adapt to climate change, or even to mitigate this global trend.

These issues must urgently be addressed. We need increased development assistance that efficiently and effectively delivers on climate adaptation. It is a simple principle of justice, moreover, that those who are hurt or disadvantaged by the behaviour of others deserve compensation. Such compensation must be proportional to the damage, but ought not to depend on the performance of those who suffer the damage. These are plain truths that have been acknowledged by the international community. Nonetheless, developing countries are still waiting for the fast, appropriate and unconditional support that they need in order to rise to the challenges of climate change.

At the UN climate summit in Copenhagen in 2009, industrialised countries agreed to provide developing countries with new and additional assistance for adaptation and mitigation amounting to $ 30 billion per annum for the years 2010 to 2012, and to raise a projected annual sum of $ 100 billion by 2020. Moreover, the conference proposed the establishment of the Green Climate Fund (GCF) as the operating entity for UNFCCC funding purposes.

The figures were confirmed by later climate summits, and the GFC opened its offices in South Korea at the end of last year. The architecture of climate finance remains quite complex however. The GCF is not fully operational, and money is being channelled through various multilateral funds, including the Global Environment Facility. There are many bilateral arrangements too.

Despite the commitments made in the UNFCCC context, however, not much money is being disbursed. Climate-change funding to developing countries is currently languishing around the mark of $ 10 billion per year. The GCF is unlikely to be in a position to make a difference any time soon. It is deeply frustrating, moreover, that most rich nations use part of their budgets for official development assistance (ODA) for climate-related matters, even though climate finance is supposed to be additional – and even though most donor governments have never fulfilled their old promise of spending 0.7 percent of gross national income (GNI) on ODA.

Aid modalities matter too, of course. In 2009, the Organisation for Economic Cooperation and Development (OECD) published a "policy guidance" on how to integrate adaptation to climate change into development cooperation. Among other things, it stated that the agreed principles for the cooperation of donors and aid-receiving countries should apply to climate finance too.

The most important of these principles were spelled out in the multilateral Paris Declaration on Aid Effectiveness in 2005. They are the following:

The Paris Declaration, moreover, emphasised that capacity development was needed to increase developing countries’ potential for absorbing and managing resources.

These principles are not controversial. They are the multilateral consensus. Nonetheless, the governments of developing countries express dissatisfaction with the delivery of climate-change assistance. Complaints concern heavy conditionality, burdensome compliance measures, slow disbursement and scant funding. Where projects are funded, they are often not aligned to national plans and priorities. Typically, the donors dictate the time-lines. The global assistance systems, moreover, mostly adopt a one-size-fits-all approach. Hence, for example, they do not normally take into account the specific needs of the SIDS (small island developing states). These countries contribute the least to climate change, but they suffer the most. All in all, climate finance is handled almost as if there never was a Paris Declaration.

It is generally accepted among donors and recipient countries that budget support is the best way to implement the Paris Declaration. The reason is that donors automatically live up to the principles of national ownership, alignment and harmonisation when they collectively subsidise a developing country’s national budget without earmarks for particular purposes. On that basis, close interaction of donors and recipients can then ensure mutual accountability and management for results.

Nonetheless, budget support so far hardly matters in climate finance. Most developing countries prefer it to other kinds of ODA. This aid modality allows for flexibility in the use of resources in line with national priorities. It also creates opportunities for dialogue between donors and their partners.

The practice of budget support is certainly not as benign as developing countries would like it to be however. Donors tend to scrutinise the process with great intensity, worried about funds being channelled through their partner country’s public-finance system. Incidents of corruption or poor management result in donors stopping their funding. Moreover, any departure from what donors consider good governance can lead to the suspension of budget support, regardless of whether or not such departures entail the misuse of public funds. As a result, many evaluations have shown that aid predictability tends to be lowest in the least developed countries that are also the most dependent on aid.

In effect, donors use budget-support suspension to sanction what they perceive as breaches of trust between them and the country concerned. In some cases, the donors have a point because the events that bother them are indeed troubling. In other cases, however, they tend to be reactive to minor problems, such as the late production of a report.

Suspension of budget support is usually directly linked to regime issues. Donors use budget support as a lever for enforcing change as a political conditionality for aid. To get budget support, moreover, a government must normally implement with success a macroeconomic programme agreed with the International Monetary Fund (IMF). Such IMF-led programmes inherently mean that economic reforms are imposed on the developing country concerned. In this regard therefore, budget support is linked to both political and economic conditions.

Budget support suspensions have recently been imposed in Malawi (in 2011 and 2013), Rwanda (2012) and Uganda (2012). Such donor reactions are fully justified when they serve as a means to improve partner governments’ financial management and governance structures, but the key question is whether political and economic conditionalities should apply to all areas of assistance. After all, they curtail the policy ownership of the country concerned.

Support for adapting to climate change should certainly not hinge on the governance preferences of donor governments. Ultimately, such support is given by nations that have done harm to others in order to help the victims cope with the damage done. Climate finance is certainly not about teaching governments how to run their countries.

Developing countries need and deserve support so that they can rise to the challenges of climate change. Delays in adaptation will have severe implications, not only at the national, but also at the global level. Support must not depend on regime-specific governance issues. It should be handled as a matter of course as is humanitarian aid or support for democratic elections.

Moreover, the lessons of development cooperation must be heeded. Past decades have shown that project-based aid is not effective. What we need is a form of budget support that is rendered immune to arbitrary donor conditionalities. The urgent priority is to boost the resilience of countries at risk.

Ronald Mangani is associate professor at the University of Malawi’s Department of Economics.
rmangani@yahoo.com