Who wants to educate a goat?

Due to poverty, gender discrimination, poor parenting and lack of knowledge, 25 % of adolescent Ugandan girls are currently pregnant or have already given birth to their first child. Debate on how to address the issue is hot.

last contributed to D+C/E+Z in spring 2018 as a social worker who volunteers at the NGO Joy for Children Uganda in Kampala.

last contributed to D+C/E+Z in spring 2018 as the Executive Director of Joy for Children Uganda. 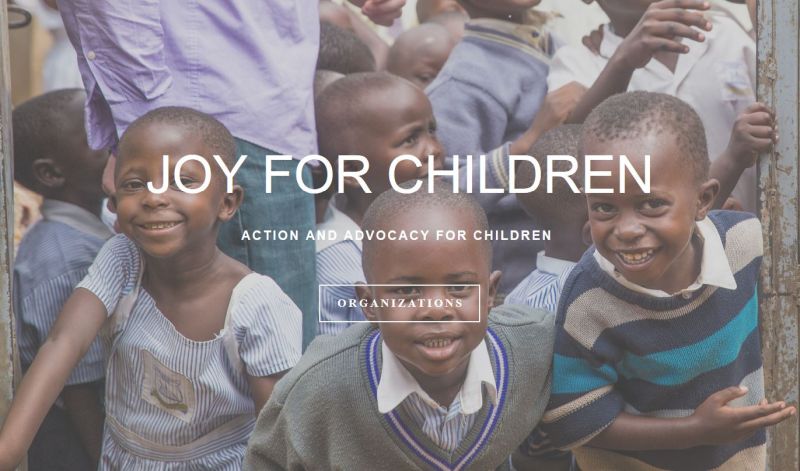 http://www.joyforchildren.org/ One aspect of improving the lives of Uganda’s children is to prevent teenage pregnancies.

The East African Legislative Assembly (EALA) – an organ of the East African Community (EAC) – has drafted a bill on sexual and reproductive rights. The goal is to prevent unwanted pregnancies, risky abortions and sexually transmitted diseases, including HIV/Aids. To achieve these things, the bill would ensure good reproductive health care, comprehensive sex education and related services for all citizens of the EAC.

The bill makes sense, but it is highly controversial. It has triggered hot debate in member states, including Uganda. In March 2017, the Daily Monitor, one of Uganda’s leading newspapers, actually ran the misleading headline “EALA Bill seeks to introduce contraceptives for children”. Though sexually active teenagers are not adults, they are not really “children” either. The question is at which age children become sexually active teenagers. Good sex education is about giving young people reliable information so they can assume responsibility for their lives, but unfortunately the view is wide spread that sex education basically encourages adolescents to have sex. In view of such public attitudes, the Ministry of Gender, Labour and Social Development banned sex education in schools in October 2016. Society considers children to be innocent, and the only information they supposedly need is that having sexual intercourse too early is dangerous. Young people are told to abstain until they are old enough to get married.

The problem with this approach is that it is evidently not working. Teenage pregnancies are all too common in Uganda. The latest Demographic and Health Survey was published in March 2017 and indicates that the teenage pregnancy rate is 25 %. This means that 25 % of adolescent girls (ages 15 to 19) have begun childbearing.

The vast majority of the girls concerned did not want to get pregnant and are not prepared for their role as mothers. Most of them did not get good parenting themselves. Some became pregnant because they were eager for affection and/or curious about sex. Others were raped. Typically, the girls lack education in general and sex education in particular. What they know about reproductive health is mixed with misconceptions that encourage risky behavior. The impacts of teenage pregnancies are often devastating (see box).

Esther (name changed) is 19 years old and a single mother of two. Her story is typical in many ways. Her first child lives with the grandmother in a village, while her younger daughter stays with Esther in a Kampala slum. Esther works at a local market stall, selling fruits and vegetables. The lady who owns this small business has become like a second mother to Esther. “If I had known her earlier, I would have never made so many mistakes,” Esther says.

As a child, Esther was often neglected. Her parents separated when she was still very young. She first stayed with her father, but he died in a car accident when she was only eight years old. At the time, her elder sister was 16 and found a husband. Esther’s younger brother could stay with their mother, who paid his school fees too. There was no one, however, who could take care of Esther, so she dropped out of school after only four years of primary school and started to work as a housemaid. She managed to send her mother some money for building a small mud hut in the village.

Esther was 14 years old when she fell in love with the neighbour’s son. At the age of 15, she gave birth to her first child. Her body was too young, there were complications, and she needed a caesarian section. The baby’s father was not interested in her. Esther returned to her mother’s home, but her mother could not support her and the baby. Esther had to find a job.

She left the baby with the grandmother and moved in with a cousin in Kampala. The cousin earned a living by prostitution. She told Esther that there was no other option for girls like them. Esther started going to night clubs too, but she could not stand selling her body to strangers. At that time, she met her second boyfriend and soon was pregnant again.

Her second child is now two years old. Esther is happy to have found work. The lady who employs her put her in touch with Joy for Children Uganda (JFCU), a non-governmental organisation. JFCU’s mission is to improve the lives of children. Core concerns include empowering families, ending child marriage, delaying marriage and promoting health as well as education. Preventing unwanted pregnancies is obviously important.

In four Kampala slums, including the one where Esther lives, JFCU has formed women groups. They meet once a week, share their experiences and receive training. The NGO helped Esther to learn to read and write. She has also gained knowledge about hygiene, nutrition, family planning and parenting. Looking back, she regrets that she dropped out of school and got pregnant twice. She knows better now and is eager to share her experiences with teenage girls, so they will avoid her mistakes.

Uganda’s fertility rate is currently 5.4. On average, parents have to take care of more than five children. Especially in rural areas, this responsibility is often left to the mothers, who must also work in the fields and do the entire house work. These things are all considered a woman’s duties.

According to the official statistics, the rate of teenage pregnancy is higher in rural than in urban areas (27 % and 19 %, respectively). The reasons are lower levels of education and worse poverty.

The Ugandan government is concerned about poor parenting. The Ministry of Gender, Labour and Social Development recently drafted guidelines to raise awareness of parents’ roles and responsibilities. How effective this effort will be, remains to be seen.

It is obvious, of course, that children do not only need competent guidance. They also need food, shelter and clothes. More­over, someone must buy school utensils and pay school fees. Most Ugandan parents struggle to come up with the money, so many poor families only invest in the education of their sons. The tradition of bride prices means that “marrying off” girls is a source of income. Poverty and gender discrimination are thus mutually reinforcing. At a Girls Camp that was organised by JFCU, a 15-year-old girl once said: “Our parents see in us cows or goats… Who wants to educate a goat?”

Teenage pregnancies lead to early marriage, and child marriages are a cause of teenage pregnancies. According to UNICEF data, 40 % of Ugandan women who are 20 to 24 years were married before their 18th birthday.

Though teenage pregnancy is considered to be a serious problem by both the government and civil society, no coherent strategy has been adopted to address this issue. A National Strategy to End Child Marriage and Teenage Pregnancy in Uganda was launched in 2015, but it mainly focuses on child marriage. It does not really tackle teenage pregnancy.

Because of the sex-education ban, it has become difficult for civil-society organisations like JFCU to reach out to young people in schools. Health professionals and social workers understand, however, that adolescents know a lot about sex. The information they get from their peers, however, is often distorted and wrong. Teenagers – both girls and boys – deserve to be given correct information so they can make informed decisions regarding their sexuality. The EAC bill is actually pointing in the right direction. Uganda would do well to take a similar approach. Uganda should come up with its own strategy which addresses the need of adolescents and leads to a significant reduction of teenage pregnancy rates.

Angelina Diesch is a social worker who volunteers at the non-­governmental organisation Joy for Children Uganda in Kampala.
angelina@joyforchildren.org

Moses Ntenga is the executive director of Joy for Children Uganda.
http://www.joyforchildren.org