More than just a slogan?

Following the devastation caused by Cyclones Idai and Kenneth in March and April, Mozambique must rebuild the provinces that were particularly hard hit, as well as the city of Beira. Hopefully the country will not only reconstruct buildings and infrastructure, but also develop greater resilience. 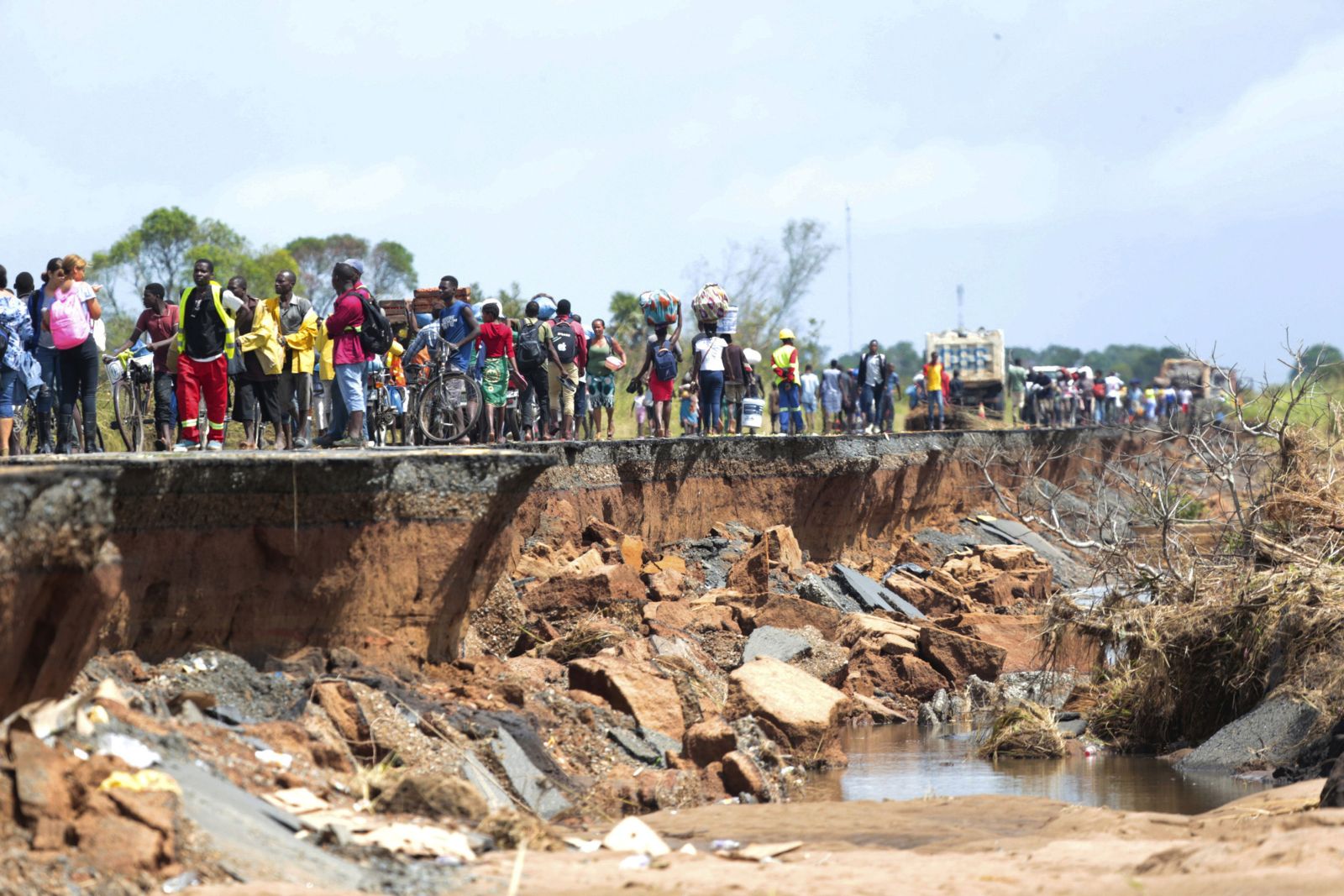 picture-alliance/AP Photo A street destroyed by Cyclone Idai in Nhamatanda, about 50 kilometres from Beira.

An international donor conference recently generated $ 1.2 billion in financial commitments for the reconstruction of Mozambique. That is just over a third of the $ 3.2 billion that the Mozambican government has estimated that it needs (also see our commentary in D+C/E+Z e-Paper 2019/05, Debate section).

The outcome of the donor conference must have been sobering for Mozambique and its government. The provisional reconstruction plan presented at the conference was also disappointing. It contained little more than conventional ideas aimed at restoring the status quo. Due to the structural corruption at all levels of the state and administration, mega financial scandals and widespread self-enrichment, donors were sparing with their commitments.

Attempts to improve resilience were limited to more stable buildings and undertaking largely cosmetic measures to safeguard Beira from flooding, whether from the ocean or the rivers Pungué and Buzi. Further improvements are also planned for the city’s drainage system. But all the participants ought to have been aware, particularly during these weeks, of the fate of the town of Sofala. The former trading post, located just 30 kilometres south of Beira, had to be abandoned almost 140 years ago because it could no longer keep the ocean at bay.

Sofala was founded in the 9th century to the south of the estuary of the Buzi and Pungué rivers. For 1,000 years, the city was the southernmost port of call for Arabian, Persian and Indian traders and served as a hub for trade with the African interior. The primary trade was in ivory, slaves and gold. But at the end of the 19th century, everything came quickly to a close. A few mostly minor changes to the coastline, along with the complete lack of coastal protection and the restrictive customs policies of the Portuguese colonial regime spelled the end of the city. Nowadays only a few ruins can be spotted in the ocean from the beach.

Beira took over Sofala’s role. It seemed like a suitable place to settle when it was founded, around 1880, but now hundreds of thousands of people are threatened by flooding. That’s because far more than half of the city’s almost 600,000 residents live below the sea level, which is steadily rising.

Furthermore, none of the rivers in central and northern Mozambique have efficient river dikes or developed flood plains (retention areas). In past years, there have been efforts to revitalise the dilapidated drainage system, but large parts of Beira are still under water during every rainy season. Along the river courses, flooding repeatedly causes drowning and destroys harvests.

The situation presents several dilemmas. Keeping the city of Beira in its current location will require incalculable ongoing expenditures for the construction and maintenance of real dikes, as well as for the further rehabilitation and operation of an efficient drainage system. The same is true of river dikes. Preventing residential construction in retention areas will be next to impossible. The farmland along the rivers is among the most fertile in the entire country.

There is no institution in Mozambique that can even come close to solving all these problems. Who would be capable of implementing at least a partial removal of Beira to higher ground, or the necessary clearance of the floodplains?

And then there is Mozambique’s notorious corruption. Donors who want their funds to go to reconstruction projects and specific target groups through state channels have to assume that some of this money will wind up in the bank accounts of high-ranking representatives of the state and administration. The announcement at the conference that a hastily-formed, government-run “Office of Reconstruction” will be subject to strict international financial audit must therefore be greeted with scepticism.

Winfried Borowczak is social economist and independent consultant specialising in private-sector and organisational development in Africa and Portuguese-speaking countries.
winborow@aol.com