Winners on the left in Bolivia and Peru

In Bolivia and Peru, victory in recent presidential elections went to parties on the left. However, in view of the massive problems the countries face, it remains hard to say what the political future holds.

contributed to D+C/E+Z in winter of 2021/2022 as a policy officer for Bolivia and Peru in the Latin America and Caribbean Department of the Friedrich-Ebert-Stiftung in Berlin. 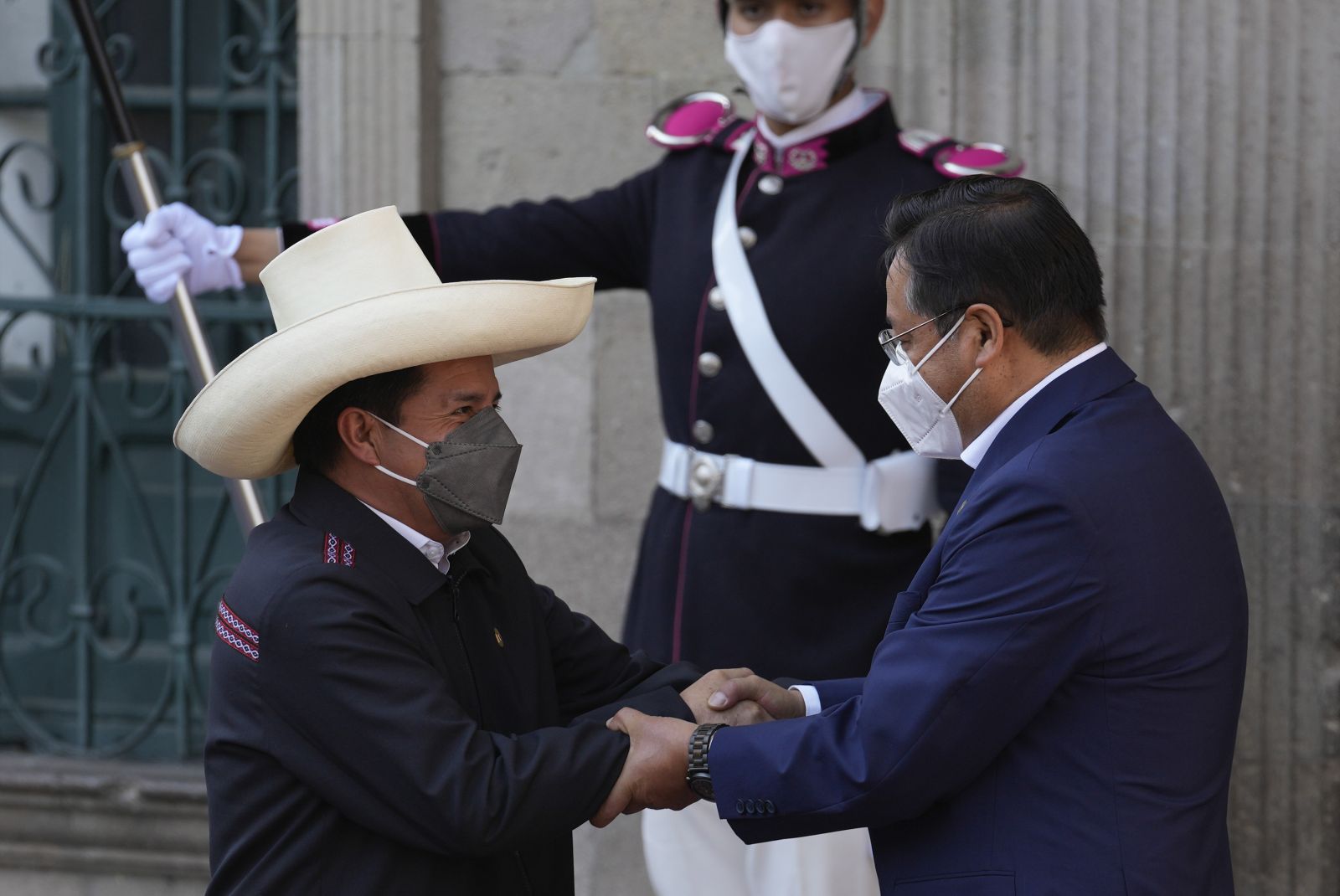 Given the results of recent presidential elections, it is tempting to think that the left is on the rise in Latin America. In Bolivia, the race for the highest office was won in October 2020 by Luis Arce of the Movement for Socialism (Movimiento al Socialismo – MAS) party. In Peru, victory went to the Leninist-Marxist Perú Libre party’s candidate, Pedro Castillo, in June 2021 (on the December 2021 electoral victory of Gabriel Boric and the left-wing alliance Apruebo Dignidad in Chile, see Javier A. Cisterna Figueroa’s article on www.dandc.eu).

At a first binational meeting, Arce and Castillo showed a willingness to cooperate. They pledged mutual support, for example, on issues such as social policy, security and defence. Nevertheless, there are reasons to doubt the formation of a strong leftist alliance here – because both countries face major economic and domestic problems.

Bolivia and Peru both went through a period of political instability prior to the elections. In Bolivia, a general election failed in 2019: allegations of electoral fraud led to nationwide demonstrations, forcing long-time MAS president Evo Morales to resign and leave the country. Power passed to a conservative transitional government, which was initially more concerned with suppressing protests and prosecuting MAS supporters than arranging new elections.

The Covid-19 pandemic hit Bolivia hard. It delayed the elections by months and aggravated what was already a difficult economic situation due to falling commodity prices. Against this backdrop, Luis Arce profited from the fact that, as Morales’ long-serving minister of economy, he was seen as a continuity candidate and driving force behind MAS’ broadly successful economic policy. Therefore, the only thing surprising about Arce’s victory was the margin: he won 55.1 % of the vote, leaving second-placed Carlos Mesa trailing with 28.3 %. MAS also won a clear majority in parliament.

In neighbouring Peru, the years leading up to the elections were marked by corruption and political interference by business. Government blockades and political fragmentation gave rise to instability. In 2020 alone, there were three presidents. The last of them, Francisco Sagasti, took the country into elections at the head of a technocratic transitional government.

The election campaign was overshadowed by the pandemic: in June 2021, Peru reported the highest rate of Covid-19 deaths in the world. In addition, there were new accusations against one of the ex-presidents, Martín Vizcarra, who had jumped the queue for vaccination against Covid-19 during his presidency. All this persuaded large parts of the population to seek a break with the political establishment.

Nevertheless, the election went down to the wire. It ended in a neck-and-neck contest between political newcomer and trade unionist Pedro Castillo and opposition leader Keiko Fujimori, a seasoned politician with close links to business, who is suspected of corruption. Big corporations – and especially the economically libertarian capital Lima – feared disadvantages and launched a media campaign equating communism and socialism with terrorism. Castillo finally won the election by less than 45,000 votes. Despite voting being compulsory, nearly 30 % of the electorate abstained in the first round and almost 25 % in the second.

Not a good start

Peru’s rural and indigenous population voted in large numbers for Castillo. They believed that the rural school teacher from a humble background would stand up for them. It is doubtful, however, whether the government will be able to satisfy the high expectations of socio-political change. It has announced projects across many sectors – health, education, housing, food security and poverty reduction – but has yet to explain how they will be financed and implemented. That said, one proposal has received widespread praise: for an agrarian reform in favour of small-scale and regional production.

While ruling party Perú Libre campaigned for a bigger economic role for the state and more redistribution, early attempts at nationalisation have failed. At the same time, Castillo's economy minister has stressed that there will be no expropriation or price control; the emphasis will be on more state participation.

Politically, Peru is deeply divided, as the close election results and the distribution of seats in parliament show: the ruling party has just 37 representatives in the 130-seat chamber of Congress. Conservative and liberal forces are in the majority. Any legislative project can thus be blocked and the president can be deposed with a two-thirds majority. An early attempt to oust Castillo has already been made – but failed. However, a number of ministers have been forced to resign on suspicion of corruption and links to terrorism. This has further undermined desperately low public trust in politics and politicians.

The new government’s first priority should thus be to avoid disappointing its voters even more. If it succeeds in forming alliances with left-wing and moderate parties, it might achieve the majorities needed to prevent a permanent political stalemate.

In Bolivia, the political divides are similarly deep. Rifts are particularly pronounced between supporters of the government and opposition (see box), but divisions also exist elsewhere. In the land use dispute between indigenous people in the highlands and lowlands, Luis Arce’s government supports its voter base in the highlands. The concerns of indigenous lowlanders, on the other hand, are instrumentalised by the opposition to stir up anti-government sentiment. Conflicts are pre-programmed.

On the economic front, Arce favours a continuation of the massive exploitation of natural resources. But those resources are running out – notably natural gas, which has generated substantial revenues for the state. Mining, cattle rearing and monoculture farming also have a massive environmental cost. However, the new government has so far taken no steps to change the economic system. On the contrary, the amount of forest land that can legally be cleared and used for agriculture has recently been increased.

To revive the economy – as promised in the election campaign – Bolivia’s government lacks the financial resources. But for ideological reasons it refuses to consider external financing options, such as approaching the International Monetary Fund or private investors. In the face of the ongoing pandemic, it is not clear how economic recovery can be achieved without alternative remedies.

In both Bolivia and Peru, it thus remains questionable how far the current governments can actually be considered progressive. At present, inspiring projects and transnational alliances – with spill-over effects on neighbouring countries – are not to be expected from the two Andean countries.

Susanne Stollreiter is a policy officer for Bolivia and Peru in the Latin America and Caribbean Department of the Friedrich-Ebert-Stiftung in Berlin.
susanne.stollreiter@fes.de